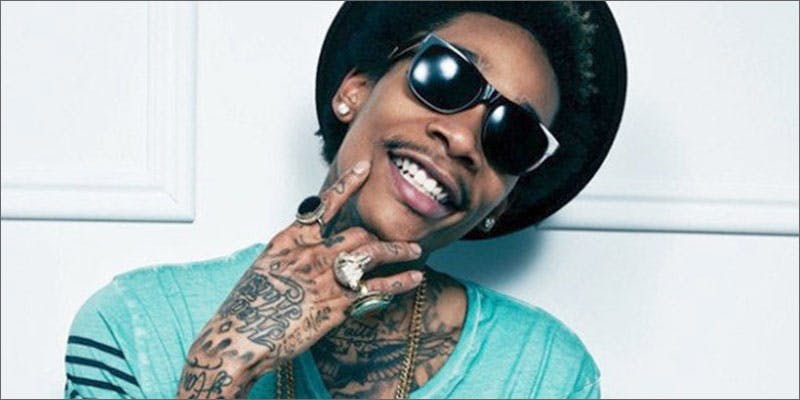 While Wiz has always been known to smoke up, you might not have known that he is now training in MMA, which he gets elevated to do.

Before he hits the pads, Wiz also hits the blunt, it seems. Of course, the combination of “Wiz Khalifa” and “smokes weed” doesn’t make much of a story. It’s the rest of it – “before his MMA training” – that probably got your attention. While Wiz has always been known to smoke up, you might not have known that he is now training in MMA, which he gets elevated to do.

Hit the bong before hitting the MMA

Yes, before Wiz hits the MMA gym for his training, he also hits the bong. He let the world know his thoughts on it as a training aid, too, when the tabloids cornered him.

When asked if he was taking a break from smoking while he puts in his training, Wiz answered with “I smoke every day – it’s good for you.” That’s no secret, given the health benefits of cannabis, which are used by many high-profile athletes in a variety of sports.

While Wiz is known his raps and love of weed, he is now getting known for his association with MMA, since he is putting in serious effort, even seeing him training with Jay Glazer, at the latter’s Unbreakable Gym in Los Angeles.

For anyone who’s vaguely familiar with the sport, many MMA fighters use cannabis – specifically CBD – as a training aid, which is a great way to reduce pain and inflammation. But other fighters, such as Bas Rutten, CBD was a healthy option to opioids, which led him to be a strong advocate for medicinal CBD.

As for my own experience with CBD, it saved me a lot of trouble after I realized that I had a painkiller problem that started after my last fight in 2006. About five weeks before the fight, all my injuries came back with a vengeance.

It starts with one pill, then it becomes two, four, seven, ten, and slowly but surely, you are upping the count, and before you know it, you’re taking insane amounts of painkillers.