What many of us don’t know is that Japan is, in fact, home to one of the oldest histories of use with cannabis. Surprisingly, cannabis in Japan dates back a whopping 12,000 years. 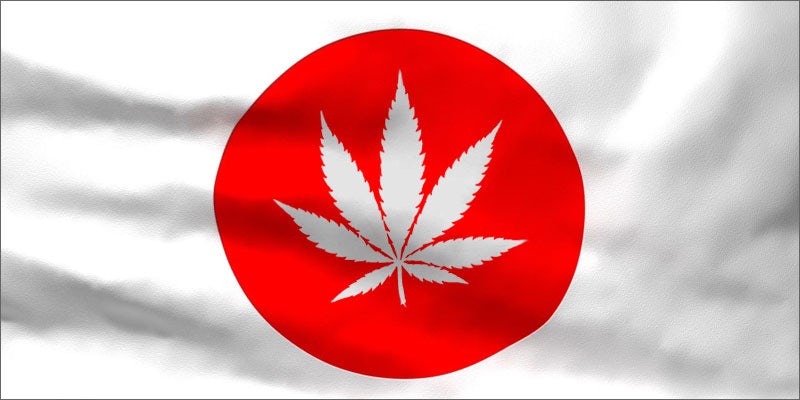 Japan holds the reputation for some of the strictest anti-cannabis laws in the world, with thousands of people falling victim to these harsh penalties every year. For the 21st century, cannabis use has been tremendously stigmatized, and effectively shunned from the Japanese culture.

What a lot of people don’t know is that Japan is in fact, home to one of the oldest histories of use with cannabis. The Japanese use of cannabis dates back as long as 12,000 years ago for industrial and spiritual use. The Japanese people are now planning a revival of their oldest plant back into their culture, following the legalization movement that is happening all over the world.

The earliest traces of cannabis in Japanese history were found woven into fibres used for clothes. They date back to the Jamon period, dating from 10,000 BC to 300 AD. Hemp was also used to make bowstrings and fishing lines, because of its strong durable nature. This is all supported by ancient Japanese cave paintings which depict a tall plant with leaves that eerily resemble those of cannabis.

In the 8th century Manyoshu, which is a Japenese magazine containing poetry and haiku, cannabis made an appearance several times. According to these poems, ninjas used cannabis in training, using the tall plants as hurdles to jump over.

Spiritual use of cannabis

Cannabis also bore a very important spiritual use in Japan, in the specific tradition of Shintoism. Shintoism is an indigenous tradition of Japan that follows a tradition of cleansing, purity and harmony. They showed a lot of respect for the cannabis plant because of its ability to cleanse. Shinto priests would bundle the plant together to perform cleansings or exorcisms.

Shinto brides also used to wear veils and tiaras made out of the cannabis plant to signify their purity before their husbands during their wedding ceremony. In fact, there are still shrines today that hold annual ceremonies using cannabis.

Did the Japanese smoke cannabis?

Despite a long and wonderful history with the cannabis plant, there is still some doubt as to whether or not it was ever actually smoked by the Japanese. There is no real evidence to suggest that it was smoked, neither in ancient texts or according to ancient artwork.

The prohibition situation in Japan is arguably worse than the rest of the world, home of some of the strictest anti-drug policy. In Japan, the penalty for possession is up to 5 years in prison, and for illicit growers can be 7 years. This has also forced Japanese scientists and research to conduct cannabis studies elsewhere in the world.

Get 20% off premium weed and discover the latest products, news, and deals in cannabis.
December 17, 2015 — Last Updated
Written by Sera Jane Ghaly