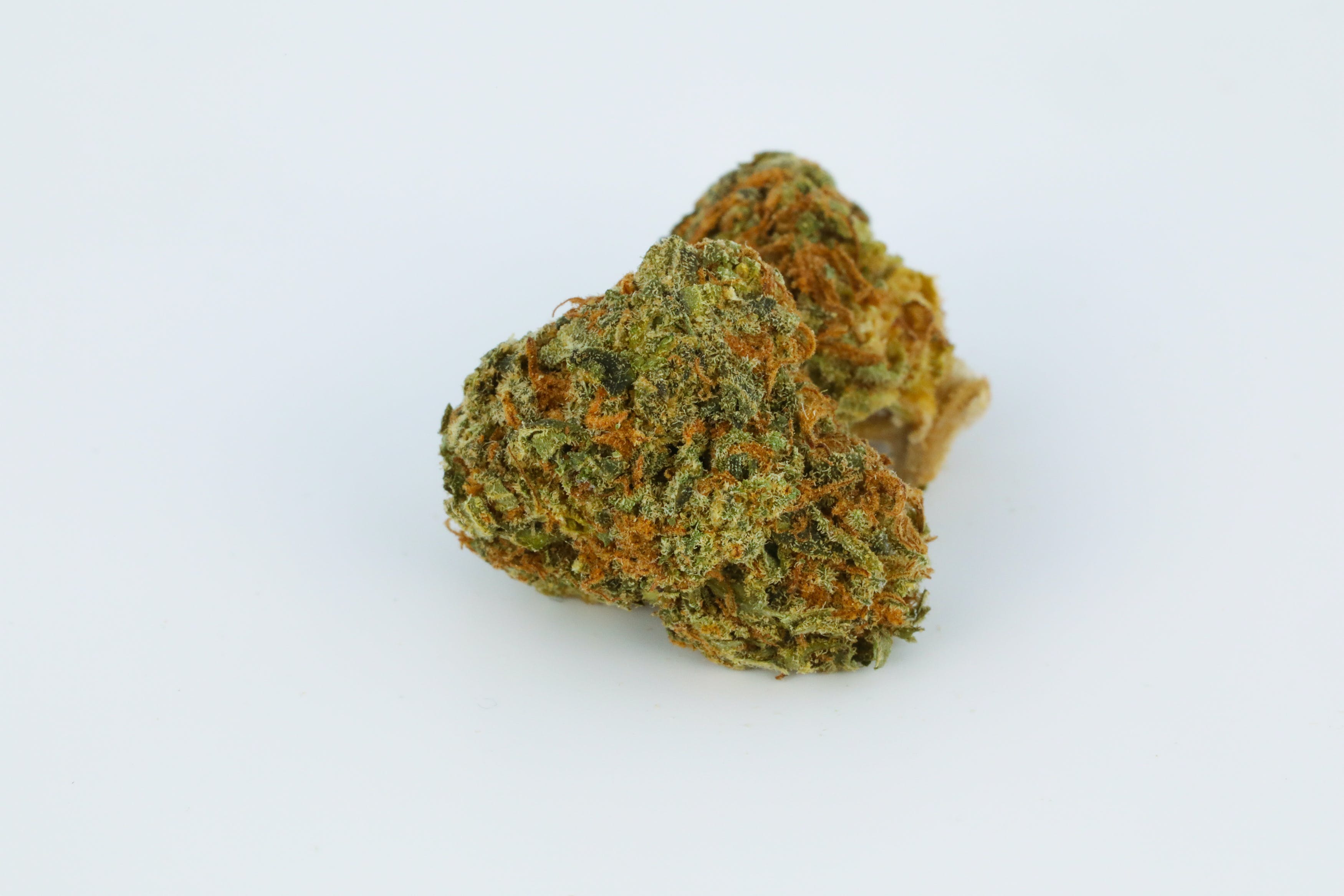 Stardawg is a Hybrid marijuana strain. There are many different phenotypes to be found, but each will leave you feeling happy, uplifted and relaxed.

Several variations of Stardawg have been released over the past few years. A potent Hybrid strain, this Chemdawg child features a diesel-like taste and produces glistening, trichome-laden buds.

This herb is a cross between Chemdawg 4 and Tres Dawg. This unique Hybrid has multiple popular phenotypes, which produce a variety of effects. Available cuts of Stardawg include Corey Haim, Illuminati, Guava, and Kate Upton. Regardless of the phenotype, THC content ranges from 15 to 25%.

Marijuana enthusiasts can expect the high to start with an exhilarating cerebral buzz. Conversations and good vibes will flow freely, even for those cannabis consumers who feel anxious socially. This huge burst of energy can sometimes flourish into a sense of euphoria, along with laughter.

As the buzz begins to fade, a relaxing body high takes over. Muscle tension, stress and aches melt away and are replaced with a sense of well-being, pain relief. Some marijuana consumers may find themselves drifting off to sleep, especially when consuming this strain in higher doses.

Traits of Stardawg and Stardawg Seeds

This flower’s aroma has been described as spicy, sour, and pungent. It has inherited hints of diesel aroma and a slight garlic smell. The Guava edition of this strain has a very slight sharp, sweet chemical aroma.

If possible, ask a budtender for information on the phenotype of the available samples.

Guava is sweet and produces the heaviest yields. Corey Haim and Illuminati are thought to produce the strongest, mind and body effects. The Kate Upton release often features purple coloration.

No matter the particular phenotype, medical marijuana patients can expect to find relief from a range of symptoms and conditions.