Now Reading:Guides | What’s the deal with weed and Adderall? 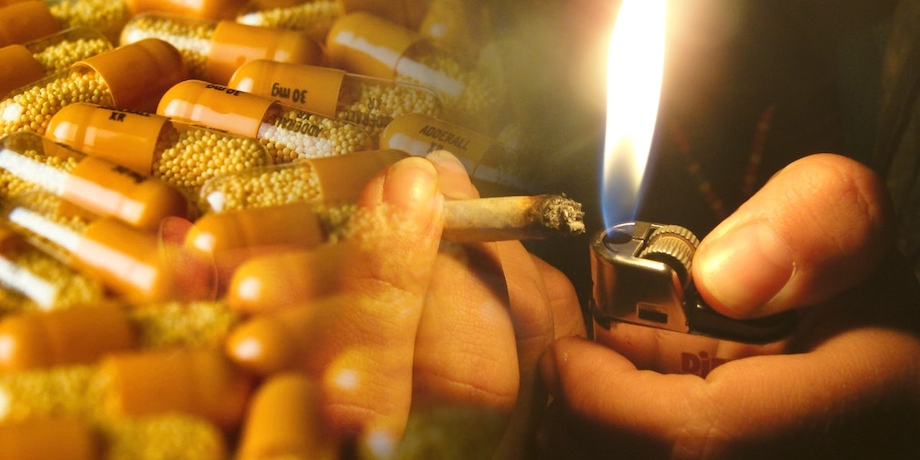 What’s the deal with weed and Adderall?

Is it safe? Can one be used to replace the other? We’ve got your ultimate guide.

Until recently, most studies on weed and ADHD were about “cannabis use disorder,” the official term for marijuana addiction. A 2013 study found 35 percent of adolescents with ADHD had used substances, mainly alcohol and cannabis, compared to 20 percent of teens without the disorder. But the relationship between ADHD, weed and Adderall is more complex.

For many people with ADD/ADHD, the first course of action is a prescription for an amphetamine (Adderall) or a methylphenidate (Ritalin). Many are diagnosed as kids and put on these strong drugs when they are as young as five years old. In fact, according to the CDC, 10.4% of American children ages five to 17 had an ADHD diagnosis between 2013 and 2015.

For kids who struggle to pay attention, Adderall and other stimulants help them focus and complete tasks, but they also include a host of unpleasant side effects such as anxiety, headaches, nausea, and delayed growth. For students and adults, Adderall is a common way to stay up late and get ahead either at work or school. Prescriptions aren’t very hard to get and the same is true for black market pills. However, apart from side effects, addiction and dependence are also risks.

While weed might not help everyone concentrate, there’s enough anecdotal evidence to suggest that it’s worth trying, especially for people who get ill or don’t feel like themselves on Adderall. Here’s our complete guide. 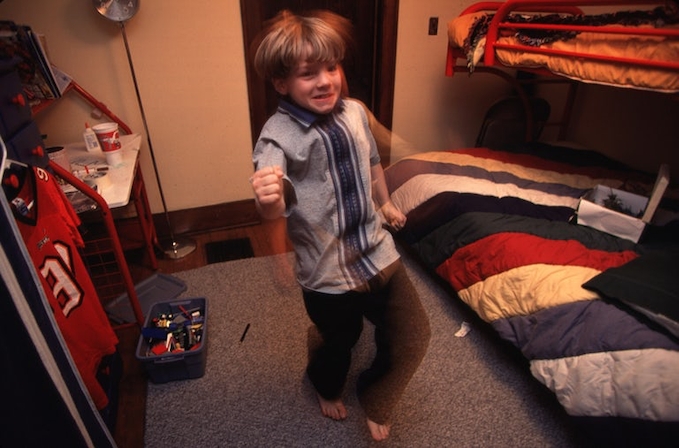 Weed and Adderall are both used to treat ADHD, separately and together. For kids like Marty, a 9-year-old child diagnosed with ADHD, CBD, a non-psychoactive cannabinoid from the cannabis plant, could be an option. (Photo by Steve Liss/The LIFE Images Collection/Getty Images)

Is it safe to mix weed and Adderall?

It’s probably not great for your heart to smoke weed as soon as the Adderall kicks in, but unless you have a heart condition, it shouldn’t be a problem. Paranoia can increase, but many on ADHD meds smoke weed to help with the side effects of the medication. This includes loss of appetite, nausea, trouble sleeping, anxiety, and stomachaches.

Many also use weed after a long day or night on Adderall to help with the comedown and for sleep. The truth is, weed and Adderall is certainly at least as safe as mixing Adderall with prescription drugs used to relax or sleep, like Klonopin, Xanax, or Ambien. Weed is also safer than alcohol, which many use to unwind and fall asleep after Adderall.

Weed and Adderall: Can One Replace The Other?

In the past few years, there’s been more anecdotal evidence as well as survey data and a few research studies to support the claim that weed can directly help with ADHD symptoms—not just the side effects of Adderall.

This means weed and Adderall might be breaking up as people with ADD/ADHD in medical and adult-use cannabis states report improved concentration, less impulsivity, irritability, hyperactivity and other ADHD symptoms from using cannabis.

Weed and Adderall in the Brain

Adderall works because, according to neuroscientist Dr. Ryan Davison, “People with ADHD tend to have lower levels of dopamine, the key chemical in the brain rewards center.” Adderall helps by stimulating dopamine release, but weed may help in a similar way. It all comes down to dopamine and the endocannabinoids system (ECS).

According to a 2009 study, people with ADD/ADHD had increased levels of anandamide, the body’s own version of THC. In a nutshell, increased anandamide causes the dopamine in ADD brains to burn up too quickly. But this is how weed can help, by supplementing the ECS with THC to increase dopamine concentrations and activate dopamine neurons.

Weed and Adderall: Which is Safer?

The U.S. government will tell you that Adderall is safer because it’s a Schedule II substance while weed is a Schedule I substance; a drug with “no medical value,” according to the Controlled Substances Act (1970). However, the long-term effects of Adderall are much worse than cannabis. They can include:

According to the Take Your Pills documentary, the abuse of Adderall is a big problem in the U.S. yet it is overshadowed by the opioid epidemic. In 2011, there were close to 50 million stimulant prescriptions in the U.S. alone, more than any other country in the world. 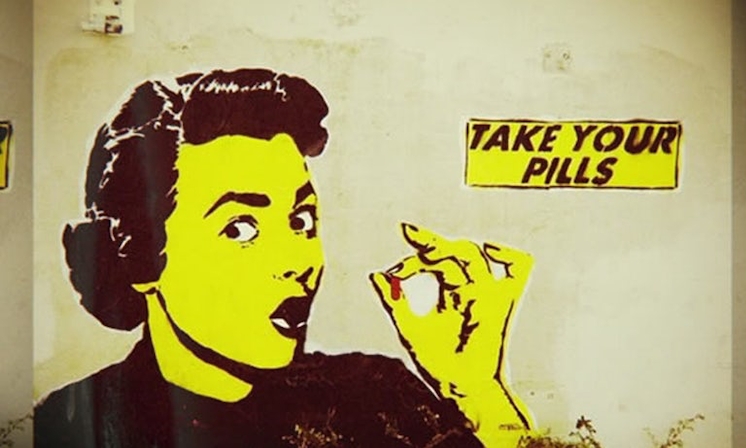 How to Replace Adderall with Weed

For adults, especially those in legal adult use states, there’s a ton of options. Many people benefit from a sativa or sativa-dominant hybrid strain for ADHD. That’s because sativas are known for boosting mood and focus. Check out one of these strains for ADHD:

But you’re not limited to smoking weed for ADHD. People have had success with cannabis tinctures and oils, THC pills, edibles, and other products. It may take a while to find the dose and mode of consumption that works best for you. Try keeping a journal to track how many milligrams of THC and other cannabinoids and even terpenes you’re consuming and how they affect your ADHD symptoms, like focus and impulsivity. If you can, also record how you feel on weed and Adderall so you can compare.

Another option that could be good for children is CBD for ADHD. Cannabis oils that are CBD only or have a 20:1 CBD:THC ratio are not psychoactive but can still help with ADHD symptoms, like focus and mood (click on the link to learn how to make cannabis oil). Many adults are trying CBD for ADHD with success, and find CBD to be mildly stimulating. Plus CBD oil with 0.3% THC or less can be shipped to all 50 states, making CBD for ADHD an option for everyone.

Weed and Adderall have a long and complicated relationship. But as cannabis use becomes more accepted and more research is done on ADHD, hopefully we can lower the Adderall use in the U.S. and start supplementing it with something we know is less harmful.