What is sativa and what are its effects?

Our definitive guide on everything sativa from the best strains to where to grow it. 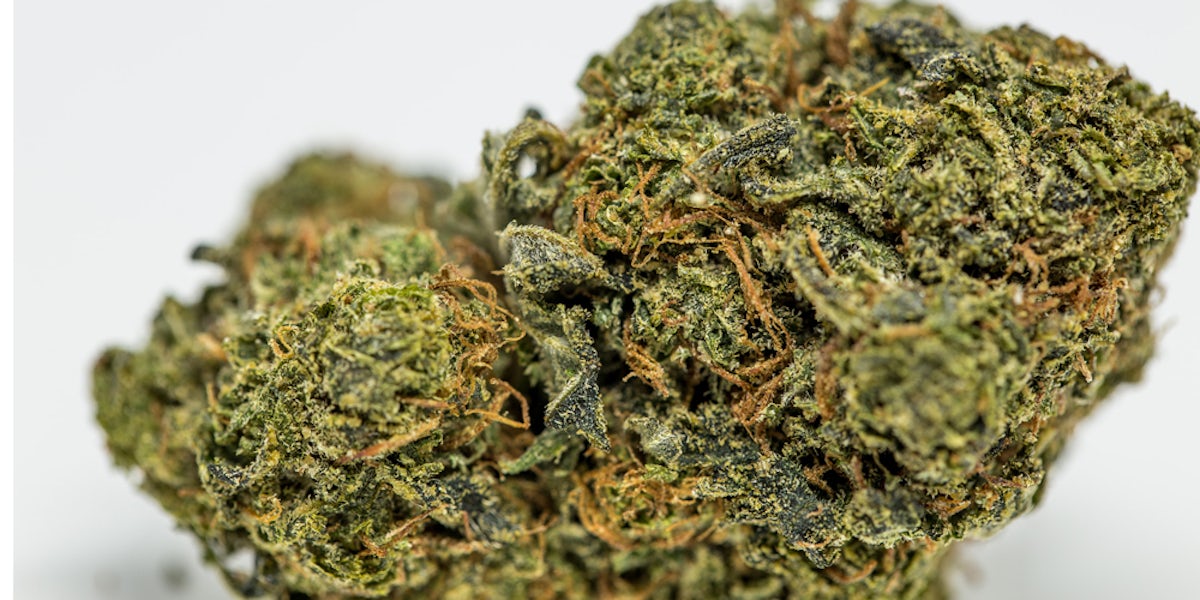 One of the first things budding cannabis connoisseurs notice is that weed is divided into three distinct groups: indica, sativa, and hybrid. All are members of the same species; the scientific name applicable to all of them, confusingly enough, is Cannabis Sativa L (the “L” stands for Linnaeus, who first named the species).

Indicas, including the kush strains, are known for their body highs and sedating effects. People remember them because indica sounds like “in da couch.” They are ideal for relaxation and mellowing out, and are great for the evening. These short, bushy strains originated in Afghanistan, Nepal, and India, in the Hindu Kush region. The indica leaf is generally fat. (Here’s the definitive indica guide.)

Sativas, including the Haze family of strains, are more stimulating and accomplishment oriented. These tall, gangly equatorial strains can reach 25 feet tall, and were developed in hot climates including Thailand, southern Africa, Colombia, and Mexico. The sativa leaf is typically thin. These plants are compatible with completing tasks, socializing, and creative pursuits such as making visual art, writing, or playing music.

Hybrids, of course, combine the effects of indica marijuana and sativa marijuana in various ratios, depending on the exact genetic mix.

What are the effects of Sativa?

The uplifting sativa high is more cerebral than the indica high, which is felt more in the body. Its stimulation is perfect for “wake and bake” smokers and anyone else who prefers to consume marijuana during the day.

But, for some people, the soaring mental stimulation and racing thoughts associated with sativa weed can actually increase anxiety. That’s why people who are prone to anxiety attacks often choose indica strains instead.

Some of the pulse-pounding sativas like Jack Herer, Trainwreck and Green Crack are beloved  by their fans for those mental fireworks, while avoided by others because they find them a little too mentally stimulating.

What are the benefits of Sativa strains?

The mental zing associated with sativa weed makes it ideal for creative pursuits. Those euphoric, racing thoughts enjoyed by many with the sativa high mean that it can foster new ideas and creations.

It can also increase focus. These strains can be very helpful in fighting depression, fatigue, and mood disorders. There’s absolutely nothing like a jolt of cannabinoid-induced mental energy to get you out of the doldrums.

Sativa weed can also be very useful in treating Attention Deficit Disorder (ADD) because of its ability to increase mental focus.

While some folks who are prone to over-simplification will tell you that “indica equals medical marijuana, and sativa equals recreational marijuana,” that’s not necessarily the case. Both strains have different reported benefits, although it’s important to note that none of this has been verified by medical research yet.

What are the best Cannabis Sativa strains? 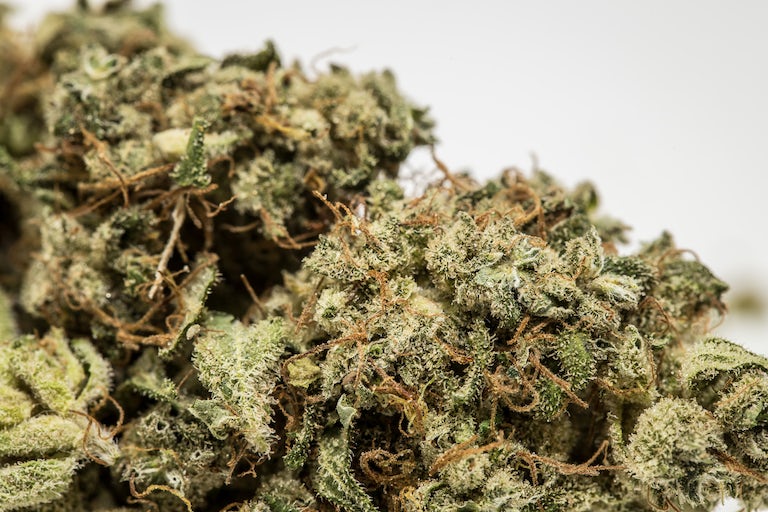 The sativa team has a lot of all-stars, including many of the most iconic and legendary strains in cannabis history.

Panama Red and Acapulco Gold are two of the head-ringing strains which made a big splash in the 1960s. Both quickly attained mythic status among hippies for their legendary potency, with mental effects that could be almost psychedelic.

America’s Vietnam misadventure in Southeast Asia contributed to the discovery of Thai Stick. Vietnamese weed, another ultra-strong cousin of Thai Stick, was quite popular among U.S. troops.

Durban Poison, which emerged from South Africa, became known as one of the most potent weeds in the world in the 1970s. So did Hawaiian; its “one-toke” potency quickly spread its fame beyond the islands and across the globe. Durban, which will light up your brain with a euphoric electricity, remains one of the few unadulterated, 100 percent sativa marijuana strains widely available.

Trainwreck offers an intense head high, and while that is prized by its devotees, it’s not recommended for anxiety-prone smokers. Cognitive effects, though, are very dependent on the individual, and some anxiety patients do like it. The aforementioned Jack Herer, has a high reminiscent of Trainwreck, and was a legendary favorite of the author of The Emperor Wears No Clothes, the book many consider the Bible of the hemp movement.

Modern sativa-dominant hybrid strains include Amnesia Haze, which offers a tremendously potent sativa high, and Girl Scout Cookies, which took the West Coast—and then the nation—by storm about four years ago. (Girl Scout Cookies, interestingly enough, includes genetics from Durban Poison in its makeup which is no doubt responsible for the sativa high that comes flooding across your synapses about three tokes in.) 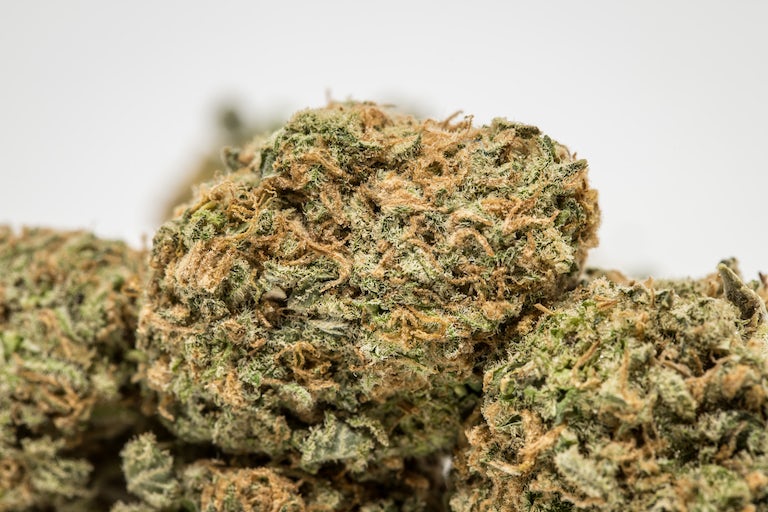 The sativa plant often increases in height very rapidly when in the vegetative phase of growth. There aren’t many growers who can accommodate them inside.

Another factor which leads to more outdoor growing is the long flowering time of sativa weed. While indicas usually finish flowering by 60 days, and often by 45 days, sativas need a minimum of 60 days and sometimes up to 90 days to truly finish blooming. It costs a lot more to run those power-hogging grow lights for 12 weeks than eight.

Each sativa leaf blade is narrower than the indica leaf blades, although the modern process of hybridization means this is no longer a 100 percent correlation. (I’ve smoked thick-leafed plants with noticeably racy effects, and thin-leafed plants which affected me like an indica.)

Since these strains were originally developed in equatorial climates, they are more naturally adapted to outdoor growing locations in places like Southern California, Arkansas, and Florida (now that those two latter states have joined the 21st Century by legalizing medical marijuana).

But connoisseurs everywhere grow them. The high is just so desirable, every aspiring cannabis farmer seemingly wants to try his or her hand at growing Cannabis Sativa. That’s why, despite its gangly profile and long flowering times, you can find it in plenty of greenhouses and growrooms, even in Northern climates.

Indica vs Sativa – The ultimate guide on indicas and sativas

Get 20% off premium weed and discover the latest products, news, and deals in cannabis.
December 20, 2017 — Last Updated
Written by Steve Elliott