Now Reading:Learn | Everything You Need To Know About Delta 8 THC

Next:Learn | Is HHC Legal Where You Live? 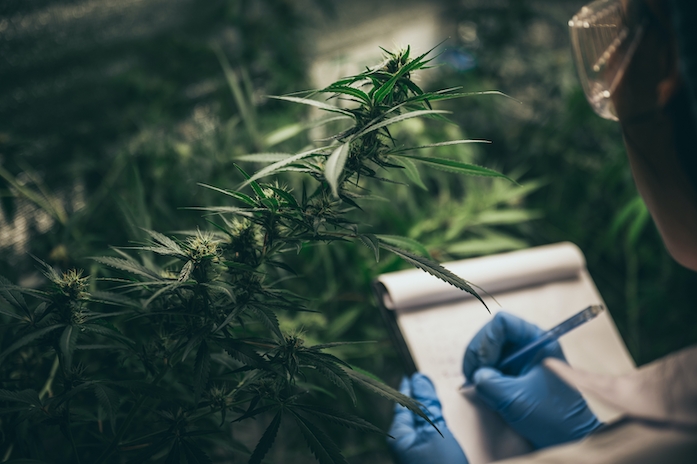 Everything You Need To Know About Delta 8 THC

Offering experiences on the same vein as THC while also fitting the bill as a CBD pairing or substitute, Delta 8 has begun its takeover of smoke shop storefronts. Here’s everything you need to know about this cannabinoid.

It seems like nearly every other day a new cannabinoid pops up in the consumer cannabis market. This is no coincidence, as science has been committed to dissecting the plant and tapping into its knowledge. Research had to come leaps and bounds over the last few years to where these novel cannabinoids can now be widely produced and distributed with a respectable degree of safety.

The 2018 Farm Bill also changed the game, as derivates of the hemp plant with less than 0.3% THC could now be legally produced and sold in most US states. It gave incentive to brands like Delta Munchies to get creative with the hemp plant, releasing its most tempting cannabinoids, like Delta 8 THC, into the wild. 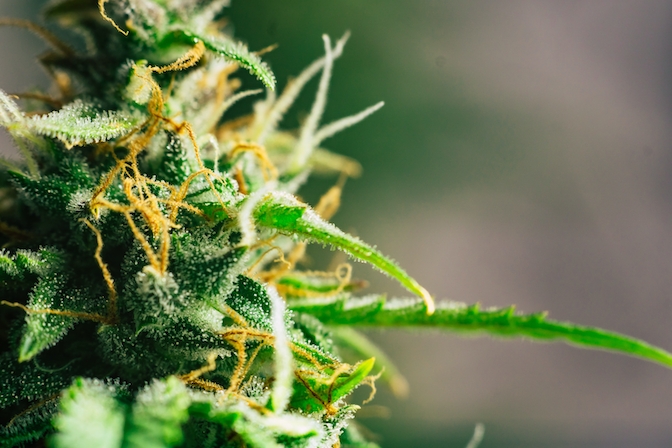 What you know as THC (Delta-9 THC) is just one out of 113 cannabinoids found in the Cannabis plant to date, but due to its predominance in the weed smoking experience, it quickly became known as the cannabinoid, the thing behind your highs.

However, as knowledge of the plant deepened, we began to understand highs as a more holistic experience, a dance in which many components of the plant, from the dozens of cannabinoids to trichomes, terpenes, and plant matter, rub their magic off on each other.

You know THC as the component that gets you giggling after a smoke, often it could also make you doze off or raid the fridge, it’s a complicated substance that reacts slightly differently in each individual endocannabinoid system.

Delta-8 THC, our focus today, can trigger similar effects but has a number of differences you might want to know about.

What Is Delta 8 THC?

Delta 9 THC grows in great amounts in the Cannabis Sativa plant. Particularly in the ‘version’ of cannabis known as ‘Marijuana’. Delta 8 THC, on the other hand, grows in small amounts in all types of Cannabis, that includes both marijuana and hemp. 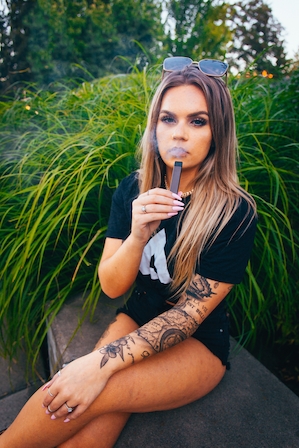 D8 can be harvested from both hemp and marijuana under special growth conditions, breeding practices, and using a set of specific extraction methods.

With the accumulation of cannabis knowledge accumulated over the years, cannabis companies like Delta Extrax have put their expertise to work to uncover the intricacies of this new and exciting compound.

Walk The Moon With Me: Purple Punch 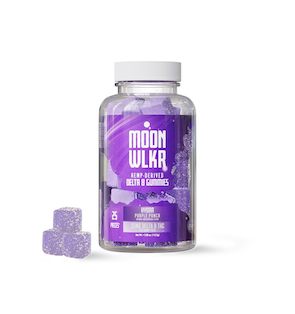 As more and more states legalize cannabis, cannabis-infused products are becoming more and more popular. Fortunately for you, Hemp derived cannabinoids are legal in all 50 states according to the 2018 Farm Bill.

One of the most popular types of cannabis-infused products is gummies. Gummies are easy to make, easy to consume and offer a variety of benefits over other cannabis products. Delta 8 THC gummies are cannabis-infused gummies that are made with Delta 8 THC, a cannabinoid that is similar to THC without the anxiety factor.

Purple Punch Delta 8 THC gummies from Moonwlkr are a tasty snack that’ll have you bouncing across the moon in no time flat.

The first major difference between these cannabinoids is their origin. Most, if not all Delta 8 THC products on the market are sourced from 2018 Farm Bill compliant hemp, which must itself have under 0.3% THC (that’s Delta 9) to be considered federally legal.

Delta 9 THC on the other hand, you’ll find in every variety of the cannabis Sativa plant, which is still a controlled substance not only in the US but almost everywhere in the world.

This, and their slightly similar chemical composition, make the largest difference when comparing the highs of the two cannabinoids. On account of its origin in hemp, something that allows it to be legally sold across the country, D8 loses on the psychedelic front and gains on the more CBD-like therapeutic front.

Often, the D8 high is described by users as a milder version of Delta 9 THC, sharing many of the same effects and side effects just on a smaller scale. And while this is not exactly true, as both cannabinoids have different origins, it is a friendlier way to describe the experience.

If you’re into Delta 9 then there should be nothing to doubt, Delta 8 THC will be right up your alley. If you’re new to both experiences, then perhaps there’s something in the mildness of Delta 8 that could make it an easier, more forgiving entry point to cannabinoids. 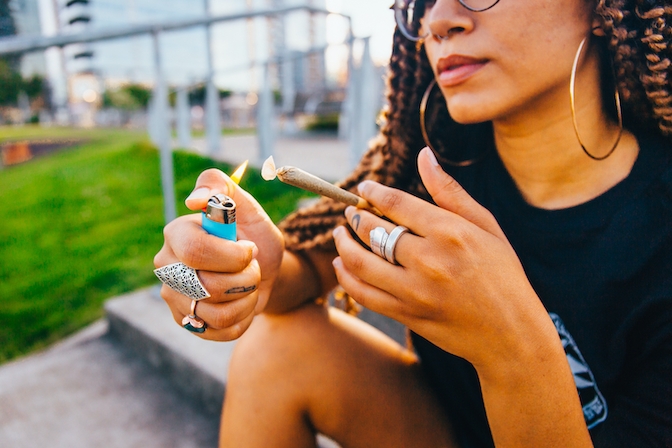 That’s the first difference between D9 and D8; the source.

The second difference can be explained through something you already know quite well. Have you ever taken an edible and thought to yourself “I wasn’t ready for that”? We have, and here’s the reason why it happens.

When you put weed through a series of external influences like heat and pressure (things you do when making cannabutter) you are creating an entirely new version of THC. Think about it; if you are applying high pressure and heat how could the components of the plant not change?

This being the reason for the overwhelming buzz that THC edibles are known for. You know where we’re getting at now.

Just like the THC in edibles, Delta 8 provides a different type of high.

Why Is Delta 8 THC Confused With CBD?

As you might already know, CBD is federally legal and regulated across all 50 states in the U.S. This has to do with the fact that CBD is found in greater amounts in hemp and not so much so in marijuana. Hemp, being a non-psychoactive plant, is legal for harvesting in the entire U.S. territory.

This has paved the way for CBD companies that have access to hemp to be the first in dipping their toes in the Delta 8 pond. This has driven some unaware consumers to think that we might be looking at some strange form of CBD.

But no. Although it may come from hemp, Delta 8 THC is its own entity and will give you a light buzz that you won’t see coming if what you’re expecting is CBD.

Although a bit vague, the regulation around hemp-derived products like Delta 8 THC puts it on the legal list. But due to the psychoactive effects associated with the compound, a massive debate seems to be brewing in the distance like a storm.

The whole reason why hemp extract is considered a legal substance is that the quantities of THC are kept under 0.3%. But with discoveries like D8 coming to fruition, that might soon change.

You’ll often hear that Delta 8 does not come with any psychoactive effects. WRONG.

Delta 8 can be psychoactive. However, the high associated with D8 is usually a lot milder than that of its Delta 9 counterpart. This being the main reason why Delta 8 THC has been and can be confused with CBD, although it’s an entirely different component.

The effects of D8 are very similar to those of D9. Of course, this entirely depends on the type of strain you are consuming. The intensity of the high may also vary (like with D9) depending on the amount of THC you are consuming, and the application method you are using (vaping, smoking, edibles, etc.).

Less potency might not sound that attractive to experienced weed consumers with a high tolerance for THC. But many people are now making the change precisely because of that reason.

The market is well stocked when it comes to Delta 8 THC, and it can be found in any presentation; including oils, edibles, vapes, and flowers.

The array of options may be dazzling at first, so here are a few suggestions that can get your search for a proper D8 high started. 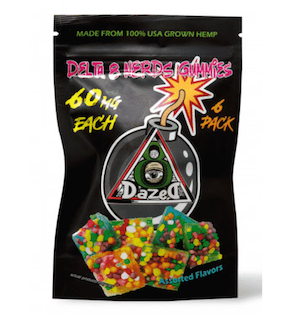 If this is the feeling and experience you’re looking for, you’ve come to the right place.

DazeD8 has formulated a recipe for success, promoting transparency while striving for perfection within the industry. The flawless blend between flavor and potency doesn’t happen overnight; with over 15 years of experience in the industry, DazeD8’s diverse team has mastered the art.

The Delta 8 Nerd Gummies are the perfect treat for anyone looking to enter into orbit. Packed with assorted sweet flavors, you may forget that these gummies come infused with 60mg of Delta 8 THC. 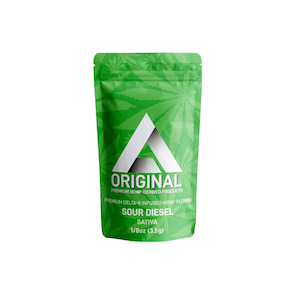 Sour Diesel has been a fan favorite for decades. And Delta Extrax has brought this strain’s euphoric effects and citric aromas into this amazing flower.

This Sour Diesel D8 flower is a great smoke for times when you need an extra boost of energy and creativity – ideal for those moments when you want your creative juices flowing without any mind fogginess. 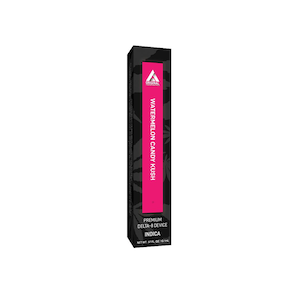 If you’re looking for something more relaxing and easygoing, this vape pen is just what you need. Being an indica-dominant blend, this disposable will get you in a head rush and a body high that will leave you chilling comfortably on your couch. The best vape to end a long day on a happy note. 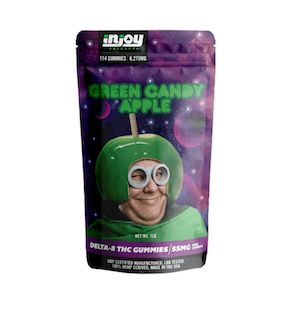 Sour, sweet, delicious, and potent, Injoy Extracts’ Delta 8 gummies are available in bulk and ready to take your taste buds on a wild ride. These potent edibles pack a serious punch, with each gummy containing 50mg of Delta 8 THC. That’s enough to send even the most experienced cannabis user soaring to new heights.

Injoy Extracts hemp-derived Delta 8 edibles are ready to share, ready to fly, and ready to ship. A tasty snack for the movie theater, a sour treat to pass the layover. 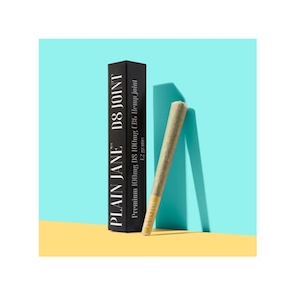 It helps that this beautiful roll comes in vegan, organic, and 100% natural rolling papers. But the effects are where you’ll find the most peace.

Delta 8 is an ultra-relaxing cannabinoid. But this pre-roll comes with a balanced 1:1 ratio of Delta 8 and CBD for the utmost bliss. It contains 100mg Delta 8 THC and 100mg CBD.

Inside the joint is 1.2 grams of premium Delta 8 flower grown in the USA. You’ll be surprised by this joint’s ability to produce long-lasting and soothing effects.

Furthermore, the buds are cured and produce the smoothest pull from any Delta 8 flower on the market. The sweet, nutty, and citrus notes are the cherry on top. 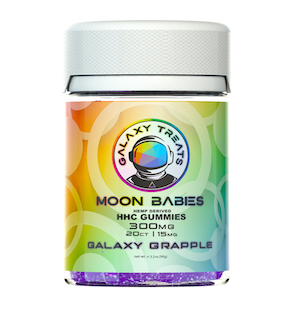 In a galaxy far, far away, Galaxy Treats are edible that have been creating unity and happiness amongst the inhabitants of Planet Delta 8.

The users of this new innovative product have relied on its benefits for a better sense of awareness and improved sense of well-being.

Some of the many benefits include:

Get on your moon boots because Galaxy Treats Delta 8 will have you rocketing within an hour of dosing.

If you’re looking for a fun way to relax and unwind, or maybe take a trip to Delta 8 on the weekend, give Galaxy Treats Delta-8 Gummies a try.

Galaxy Treats, to infinity and beyond! 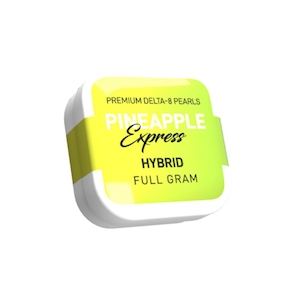 It’s time to try a new dab. This is not your average dab. It’s the best tasting and most powerful dab you can buy. This hybrid blend features the tastes of pineapple and fruit to tantalize your taste buds while a powerful head rush fills you with an array of motivating sensations.

If you’re looking for something mild that is still capable of providing you with a heady buzz, then Delta 8 THC might be what you were looking for. A close cousin to the Delta-9 THC we initially fell in love with, but with a source that enables you to consume it legally in the U.S. (at least for the time being).

For the best Delta 8 THC products out there, go check out Delta Extrax. With a portfolio that includes vape carts, flower, all-in-one disposables, edibles, and tinctures, all of them of the highest quality, we guarantee there’s something that’ll fit your lifestyle.

Read our full review of Delta Extrax products for more!