The THC content in Trainwreck is known to reach 25%, making this strain best for those familiar with cannabis. A cross between three landrace strains, this hybrid provides ample mental energy coupled with physical sedation. 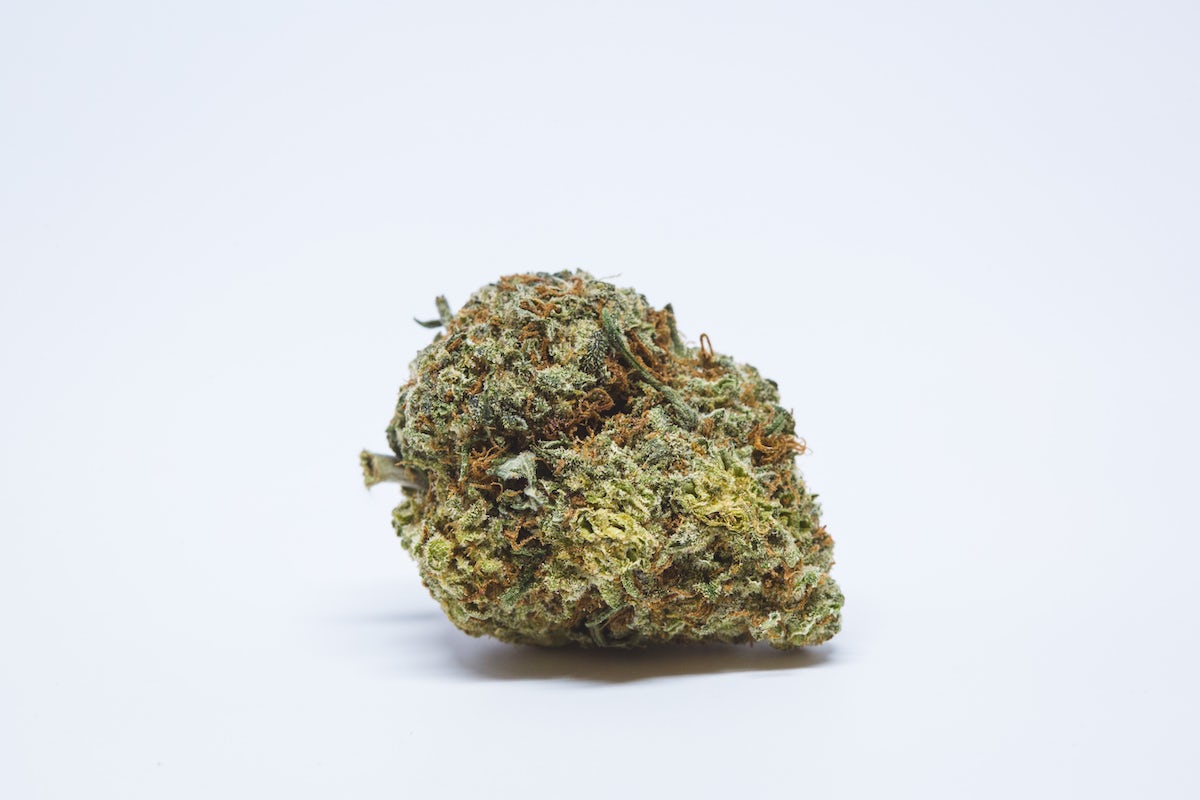 Trainwreck is particularly well known in the marijuana community thanks to its potency. The THC content in this strain is known to reach as high 25%, making this best for those familiar with cannabis. A cross between three landrace strains, this hybrid provides relief from depression, anxiety, PTSD, muscle spasms and many other medical ailments.

The Sativa effects of this strain come on fast and strong, sort of like a trainwreck. It may sound a little scary until you realize that the train is filled with bliss, euphoria, and happy relaxation. A cross between Afghani, Thai, and Mexican landrace/heirloom strains, this strain often features a THC content of 20% or above.

But, this strain wasn’t named for its effects. Rather, legend has it that some California growers back in the 1970s had to uproot their crop after a nearby train wreck. The growers did not want their crop discovered, so they wiped the place clean.

Though Trainwreck is a hybrid, it’s strongly Sativa-dominant. It produces a strong cerebral experience that provides ample focus and mental clarity. Yet, that Afghani heritage provides plenty of Indica couchlock. These sedative effects make this an afternoon strain.

Aside from its potency, marijuana enthusiasts enjoy its earthy lemon tastes and aromas. Pine and even some spicy tones will be pick up by cannabis connoisseurs, but forewarning — this is some dank weed, something to keep in mind if discretion is a priority. Pine flavors are immediately recognizable on the inhale, as well as lemon notes. On exhale the lemon flavor becomes more pronounced, along with the tingle of spice that marijuana consumers will find invigorating.

This strain was only available in clone form for many years, but thanks to companies such as Humboldt Seed Organization and Royal Dutch Genetics, among others, seeds of Trainwreck can be bought by any prospective marijuana grower.

Medical consumers use this strain for a variety of ailments.

Enjoy the latest and greatest from Herb, enter your email below to get exciting cannabis updates delivered to your inbox.
September 09, 2016 — Last Updated
Written by Anna Wilcox