How to Find the Best CBD Dosage for Alzheimer’s Disease

If your family member is suffering from Alzheimer’s, CBD might be able to help. Cannabidiol, more commonly known as CBD has been shown to have neuroprotective qualities. 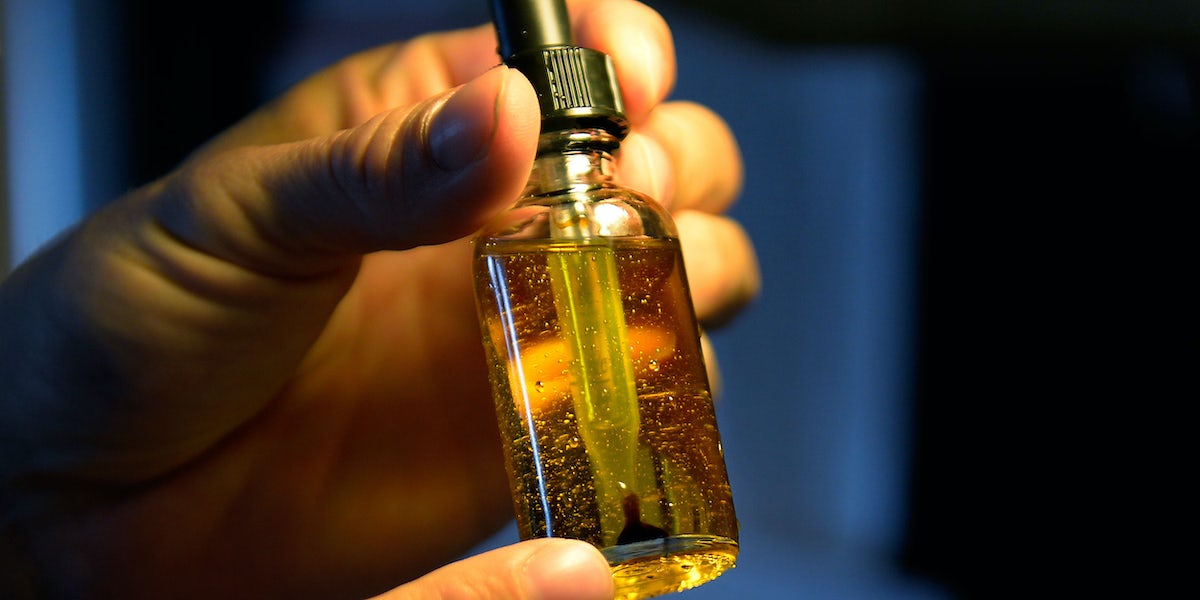 CBD’s neuroprotectant properties are the next frontier in cannabis research. But is there an actual CBD dosage for Alzheimer’s? We spoke with Lauren Wilson, the co-author of the upcoming book, Healing with CBD: How Cannabidiol Can Transform Your Health Without the High, as well as Dr. Jordan Tishler, President, and CMO of InhaleMD, a medical cannabis doctor’s office in Massachusetts, to find out.

Recent studies have shown that CBD may be able to help prevent and slow the progression of neurodegenerative disorders, like Parkinson’s, Huntington’s, CTE, dementia, and Alzheimer’s. In the case of Alzheimer’s, researchers in this 2017 study found something interesting. The beta-amyloid proteins, or “plaques” that build up in the brain cause an inflammatory response that eventually kills neurons. However, because of CBD’s anti-inflammatory power, researchers found that the activation of cannabinoid receptors blocked that inflammatory response. Therefore, CBD could play a critical role in halting the progression of Alzheimer’s.

What is the Endocannabinoid System?

The reasons cannabis and its compounds play such a crucial role in our health is that everyone is born with their own, unique endocannabinoid system (ECS). This system is in charge of keeping our bodies regulated, a state known as homeostasis, and therefore is involved in many of our bodies’ systems. This includes inflammation.

Inflammation is a signal that your body is not in homeostasis. Your ECS will try to correct it, and adding plant-derived cannabinoids, like THC and CBD, can help.

However, everyone’s endocannabinoid system is unique, and finding a standard dose for any ailments, whether it be Alzheimer’s or Crohn’s Disease, is difficult. What’s more, because of the entourage effect, different strains and ratios of cannabinoids and terpenes could make one product with “50mg” of CBD more or less effective than another.

What Wilson recommends in her new book, Healing with CBD, is that anyone starting CBD treatment keep a journal to track how the CBD is making people feel. Her and her co-author, registered nurse Eileen Konieczny, even provide a template in the resources section of the book. But essentially, they encourage people to make note of what dosage they’re taking, which product, and how it’s making them feel, in order to find their optimal dose, or in scientific terms, their “sweet spot.” But that sweet spot will be different for everyone.

While researching this piece I asked around for a “minimum dose for efficacy” of CBD for Alzheimer’s. According to Dr. Jordan Tishler, all the studies that show CBD’s neuroprotective qualities were using doses of CBD that would cost the average person about $50 a day.

Although the cost of CBD for Alzheimer’s would is high, Dr. Tishler points out that there’s some preliminary evidence that THCa might also be a neuroprotectant, and that consuming an effective dose would be more cost efficient. THCa is non-activated THC, which can be found in abundance in cannabis leaves, which are edible and nutritious.

Tishler also says that taking CBD alone is less effective than taking CBD and THC together. In fact, this 2017 study says the same, that the combination of CBD and THC might “mediate greater therapeutic benefits than either phytocannabinoid alone.” For neuroprotection, Tishler recommends taking about 10 mg of THC and about 600 mg of CBD for a 60 kg person.

It’s important to talk with your doctor before you begin taking CBD daily. CBD can interact with other prescription drugs and make them more or less effective. Wilson tells me, if you’re on a drug that recommends you don’t consume grapefruit, then CBD will also affect the efficacy of your prescription. Definitely speak with your physician, or if you think your physician will stigmatize you, find an integrative cannabis physician. If that’s financially out of reach you can check if your prescription interacts with cannabis with sites like this one.

Get 20% off premium weed and discover the latest products, news, and deals in cannabis.
August 29, 2018 — Last Updated
Written by Michelle Janikian