Marijuana Mermaid proves that you can’t overdose on weed by ripping 100 consecutive bong hits. She is now truly a certified legend. 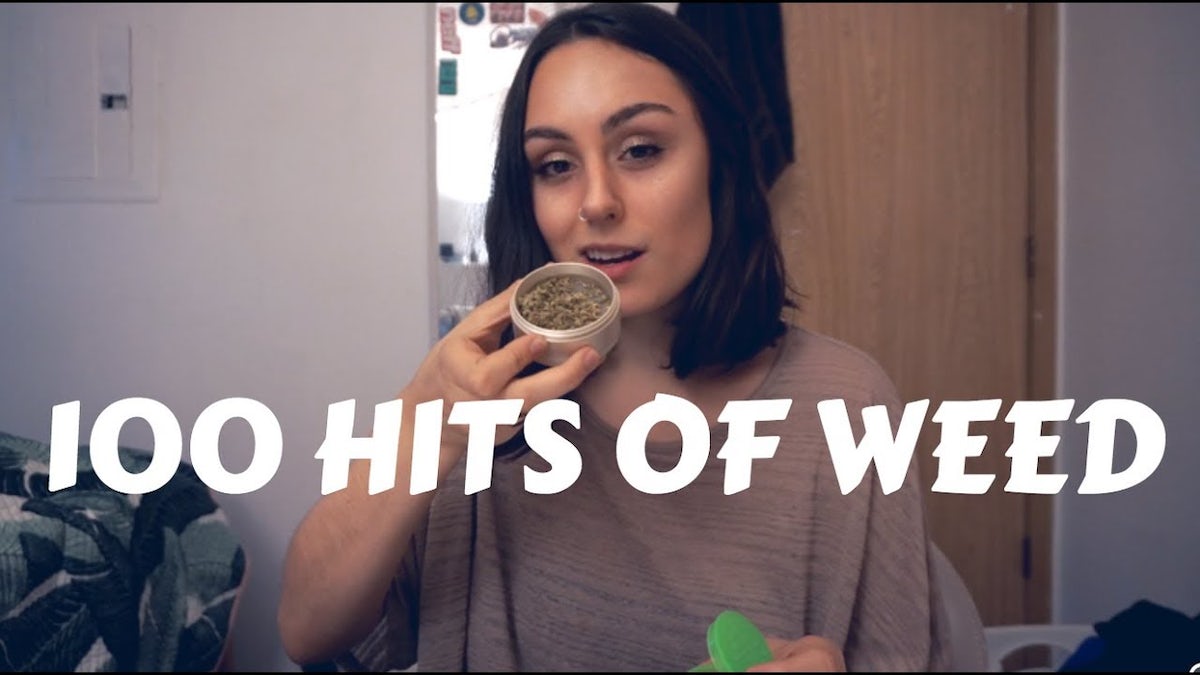 Every marijuana enthusiast has that one friend with a bottomless tolerance. No matter how much they smoke, the effects never seem to register. Their personality never changes. There’s never an inappropriate time to smoke. Their eyes don’t even get red. It’s like a superpower that’s only good for diminishing your bank account and impressing your buddies.

Even for many experienced smokers, three consecutive bong hits would be the maximum. For them, 100 hits of weed challenge is only good for self-induced nausea, anxiety and unrelenting confusion. But the curiosity alone seems worth the trouble: is there ever a point where one’s body will outright reject marijuana?

Marijuana Mermaid proves that you can’t O.D. on weed.

This is a pertinent question as another false story crops up about the world’s first marijuana overdose, which was immediately debunked. It’s inevitable that stories like these will continue to circulate as marijuana becomes increasingly legalized and de-stigmatized. Marijuana opponents are forever searching for that “I told you so” moment that could undermine the legitimacy of the seemingly panacean plant. For these marijuana-naysayers, a marijuana-related death would be a major rallying point.

Luckily, marijuana advocates like social media personality Marijuana Mermaid—who’s real name is Frances—are willing to be the cannabis community’s guinea pig, and prove on video that there is no pile of weed big enough to kill.

In the following video, Frances smokes 100 bowls of marijuana using different smoking mediums like a bong, bubbler and joint. At first, I thought that Frances might be taking advantage of high-CBD-low-THC strains like Charlotte’s Web, which, due to their lack of psychoactive properties, can be smoked with virtual infinitude. But this isn’t the case. The strains Frances smokes are Stardog, a hybrid strain with 17.50% THC and 0% CBD; and Blue City Diesel, another hybrid strain with 17.30% THC and 0.40% CBD.

Using a counter app on her phone to keep track, Frances proceeds to smoke 100 hits of weed, progressively getting more, and higher. But even by the end of the video, she still barely looks as high as many marijuana enthusiasts might be after just a few hits. “I took a fat dab before this video started,” she says at one point. (Remember that friend with a bottomless weed tolerance?)

The only outcome from smoking 100 hits of weed? A case of the munchies: “Now we’re going to get donuts! I like donuts.” She says.

If donut cravings are the only outcome of smoking this inordinate amount of weed, it’s pretty reasonable to say that a marijuana overdose will remain a thing of the fear-mongering marijuana opposition’s imagination. For marijuana enthusiasts who wonder “is there anything marijuana can’t do?” Frances has at least one answer. And that is that, yes, there is something that marijuana can’t do: kill you.

Enjoy the latest and greatest from Herb, enter your email below to get exciting cannabis updates delivered to your inbox.
November 21, 2017 — Last Updated
Written by Rob Hoffman