This Is What Jamaica Looked Like In The 1980’s (Photos)

Beaming from the weed-smoke filled dance halls of Jamaica’s bustling capital, this music was born out of the changing social tides of the island nation. 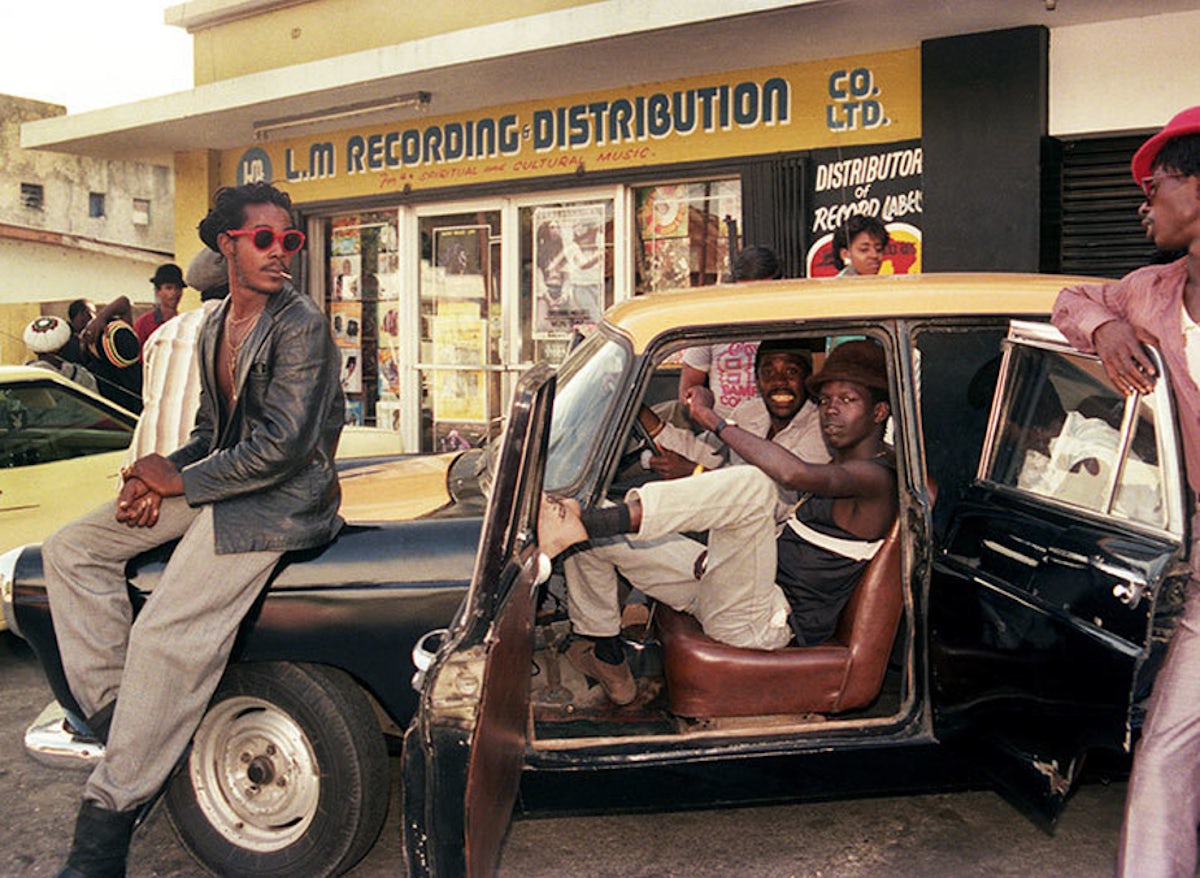 Photo by Beth Lesser /a>

Its ‘ritims’ are a familiar tune you’ve heard before, especially if you’re into Sublime, Slightly Stoopid and many others in a long list of artists that were inspired by its raw and powerful sound. It’s called Jamaican Dancehall and the sights and scenes of its birth in late 70s Kingston were witnessed first-hand by Canadian photographer Beth Lesser.

Beaming from the dance halls of Jamaica’s bustling capital, this mix of rafter-rattling beats was born out of the changing social tides of that island nation. The genre was a new spin on the mellower tones of Reggae and Rocksteady that came before it and its style signaled a changing of the times.

As new technology began to enter the musical sphere, the heavily instrumental tunes of the past gave way to samples that borrowed from the hits of an earlier time and added a fresh flare to those sounds. They represented a new lyrical culture that broke from the inward and reflective values of roots reggae and Rastafarianism and focused on an outward liberation of our most primal selves.

From artists like Yellowman to King of Dancehall Shabba Ranks, this music carries rough Patwa vocals and thunderous bass-driven electronic rhythms. “Dancehall music,” Ranks once said, “is music that beats just like the heart.”

“My husband and I went to Jamaica in 1982 expecting to find Jamaica full of Rastafarians burning the I-shens. Imagine our surprise. Everyone was listening to dance cassettes. The heroes were not Bob Marley and Peter Tosh, but Brigadier Jerry and Ringo. That first trip really opened our eyes and we were immediately captivated by the energy and excitement of dancehall” says Lesser.

Jamaican Dancehall Is The Mother of Hip Hop

While its popularity was largely contained to Jamaica, Dancehall’s influence had spread across the world. Arguably the strongest of those inspirations was in the birth of American Hip Hop. Just as Detroit’s Motown artists helped to inspire the creation of the ska music that came from Studio One in Trench Town, Jamaicans returned the favor by helping to create one of the most iconic genres of American music.

“Many of the young people who originated hip-hop came from, or had parents who came from, Jamaica and they brought with them their devotion to music and their enjoyment of sound systems. The whole idea of rapping can be seen as an Americanized version of DJs talking over the ‘riddims’. But the most important link emerged in the mid-80s when both kinds of music began utilizing the same technologies – like drum machines and programmable keyboards. This allowed radio personalities in New York to blend the two genres seamlessly over the air” says Lesser.

DJ Kool Herc, widely considered to be one of the founders of Hip Hop brought the concept of the sound system from Jamaica to the streets of the Bronx. Herc’s massive speakers which towered over the back of his convertible were a callback to the blaring sound systems of 1940s Kingston and icon on the streets of New York.

Where youth in the Bronx was once consumed by the gangs that ruled the streets of 1970’s New York, they soon adopted the Dancehall culture and gathered to take part in lyrical ‘battles’ that Jamaicans knew as sound clashes.

Even fashion began to change, leaving the modest styles of the 60s and early 70s behind for flashy, colorful and even provocative looks that mirrored the raw emotion of the music. Women and men alike began to abandon the traditional roles embraced by the Rastafarian movement and took to the dance floor in search of a more extravagant form of expression.

As the Jamaican poet Mutabaruka put it, “if 1970s reggae was red, green and gold, then in the next decade it was gold chains.”

But with that liberation came a darker side also known to the culture of Hip Hop. The crude tone of the music sometimes referred to as “slack lyrics” has been criticized for being misogynistic and homophobic at times. And while it’s hard to overlook those aspects of the culture, the music appears to do far more to bring people together than divide. After all, Dancehall is all about the atmosphere of a live performance.

Get 20% off premium weed and discover the latest products, news, and deals in cannabis.
November 04, 2017 — Last Updated
Written by Miroslav Tomoski