NBA Hall of Fame legend Bill Walton was caught on live TV talking about something that didn’t really pertain to the NCAA, or to basketball in general. 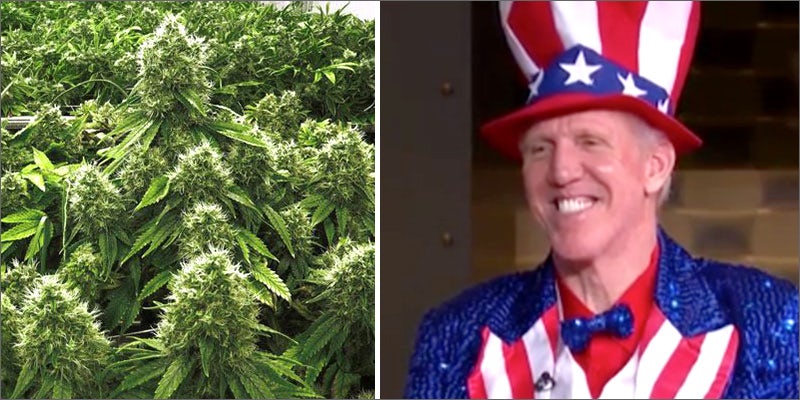 NBA Hall of Fame legend Bill Walton was caught on live TV talking about something that didn’t really pertain to the NCAA, or really to basketball in general. The ESPNU coverage of the NCAA often invites former greats to offer commentary and opinion on the current state of the league. But right after the network finished a commercial and broadcasted back onto the panel, Bill Walton was caught talking about cannabis policy.

Schedule 1 drug? Not according to Bill Walton

In the short clip, Bill Watson displays his contempt for the DEA for still classifying cannabis as a schedule 1 drug. Even though Walton probably doesn’t consume cannabis, he know’s how ridiculous it is to classify it as dangerous as heroin or cocaine.

The THC in cannabis is known to be an effective painkiller and antidepressant while having far fewer side effects than a lot of pharmaceuticals.

To the outrage of cannabis advocates, the DEA has even specified that the weed extract cannabidiol (CBD), a compound that doesn’t get you high and shows great medicinal promise, is also Schedule I. Even though their efforts to differentiate it from cannabis with “an internal accounting mechanism” to regulate research.

So, while more than half the country enjoys state-legal cannabis, they remain in direct defiance of federal law.

President Donald Trump’s nominee for U.S. Attorney General, Sen. Jeff Sessions, has attacked both the FBI and the Obama administration for failing to enforce prohibition and could soon start with mass arrests of legal growers and medical/recreational users.

Bill Walton has good reason to be pissed off at the current federal status of cannabis. It helps the global cause for complete legalization and research on cannabis when celebrities join the fight against big pharma and the federal government.

Get 20% off premium weed and discover the latest products, news, and deals in cannabis.
February 06, 2017 — Last Updated
Written by Lukas W