Now Reading:culture | After A Landslide Vote, This Town In Estonia Made A Cannabis Leaf Their New Flag 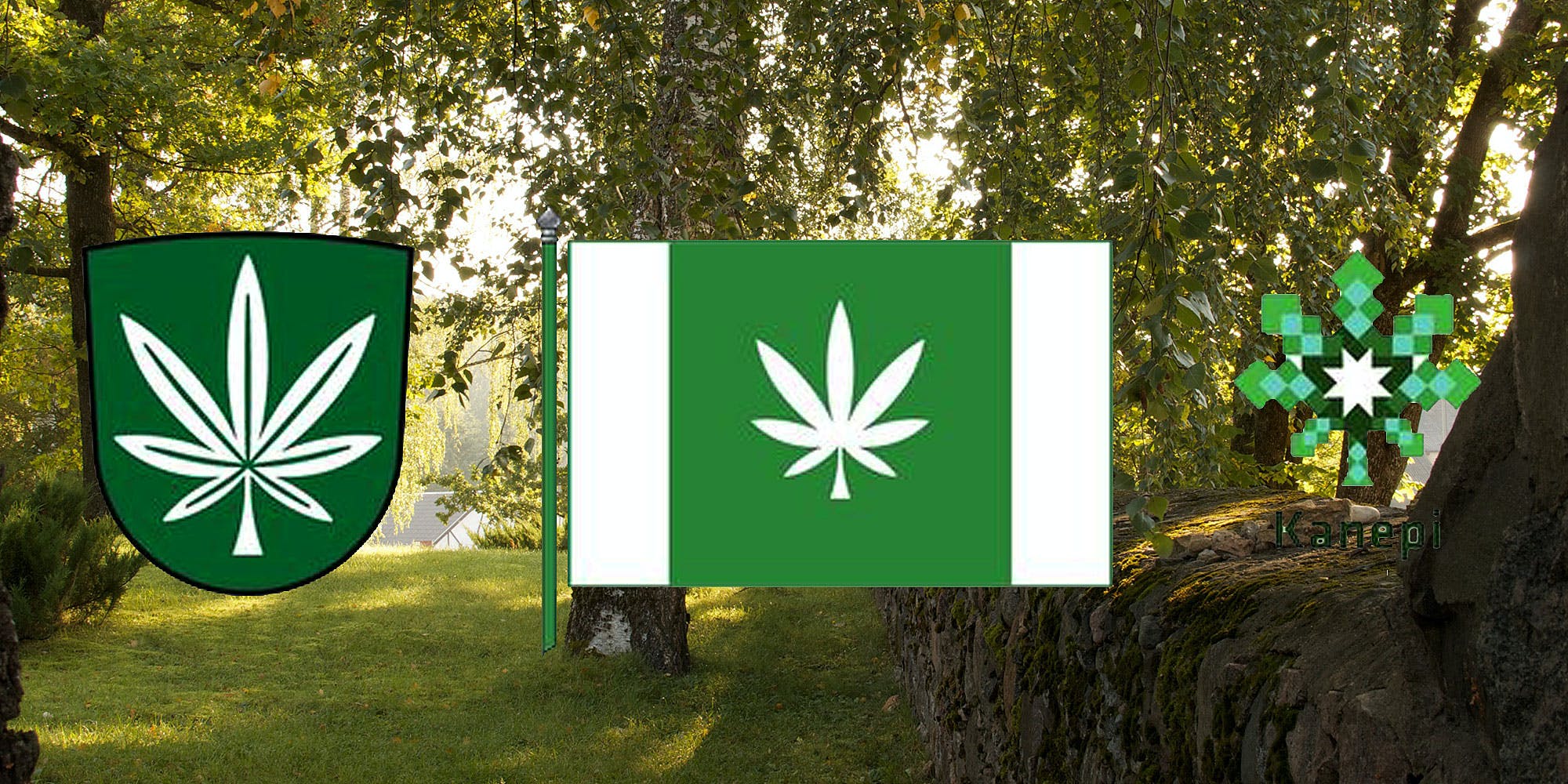 After A Landslide Vote, This Town In Estonia Made A Cannabis Leaf Their New Flag

According to several outlets, Kanepi, a municipality in Estonia has voted to make cannabis their official regional symbol.

The Estonian municipality of Kanepi, with a population of 2,500, was formed last July with the merger of two other districts under a single government. Residents were then asked to vote on a new emblem, reports state broadcaster ERR. There were seven different designs in the running. But the silver cannabis leaf on a green shield blew away the other six contestants in a democratic vote.

Kanepi, Kõlleste and Valgjärve Municipalities had joined into one, larger Kanepi Municipality in the Eastern European nation. The move was made as part of Estonia’s administrative reform, according to ERR. Twenty-three designs were submitted to the contest in December. From those, a panel chose seven finalists, among them the winning design featuring a cannabis leaf.

Out of 15,000 total votes cast, cannabis got 12,000. With an incredible 80 percent of the vote, it seems safe to conclude that marijuana enjoys a certain popularity in the Estonian countryside. The Kanepi Municipal Council on Tuesday added their assent to the new flag and logo in a close nine to eight vote, reports Reuters.

While selling cannabis is still illegal in Estonia, the leaf has been used as an insignia by local groups in Estonia for decades, according to Kanepi Mayor Andrus Seems. In fact, “The name of the region, Kanepi … is derived from ‘kanep,’ the Estonian word for marijuana,” according to Seems.

It turns out cannabis has a long and storied history in Estonia. More than 150 years ago, Kanepi farmers cultivated hemp and manufactured it into fabrics, oils, and rope.

The exact design of the flag hasn’t yet been settled. Mayor Seeme told ERR that some members of the city council objected to the emblem “exactly as it was presented in the referendum.” They recommended “stylizing the leaf somewhat.”

Kanepi council member Arno Kakk voted against the cannabis symbol according to Reuters. Council Chairman Kaido Koiv, who supported the leaf, said due to the democratic process, he saw no reason to reject the new symbol.

Gert Uiboaed, an insignia adviser at the Estonian Government Office, noted that the Office will “not intervene” if a local government council wants to feature a cannabis leaf in its insignia.