If your company is not visible on social media, do you even exist? 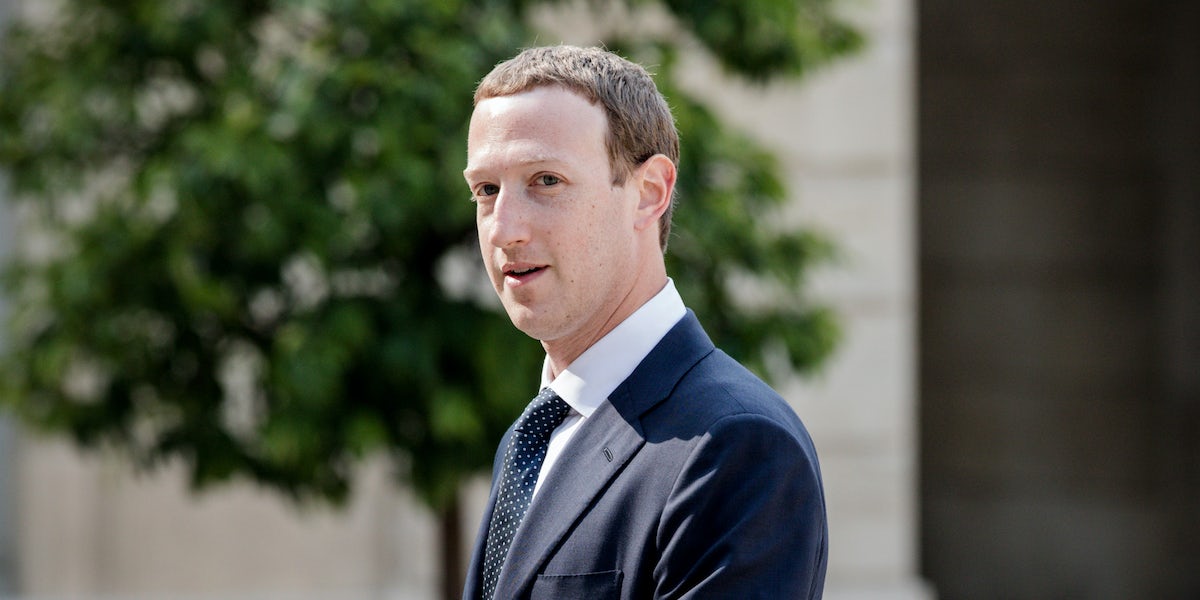 Facebook CEO, Mark Zuckerberg, arrives at the Elysee Palace for a meeting with the French President at Elysee Palace (Photo by Aurelien Morissard/IP3 via Getty Images)

Cannabis companies have long had a shaky relationship with Facebook, with the service shutting down many pages for violating its terms of service. The New Republic’s page was even shut down once, for posting an article on CBD. However, plenty of pages have managed to stay up and maintain a following, by adhering to the social media giant’s community standards.

Now, it appears that Facebook may be ‘shadow banning’ cannabis pages, according to MJBizDaily, which can be equally devastating for a business or organization.

Shadow banning essentially means that a page becomes invisible to any users searching for it. The page remains active but doesn’t appear in searches. In this case, it seems that it disappeared from searches even for people who were already following it.

The shadow banning phenomenon recently made news when American conservatives accused social media platforms like Twitter of shadow banning their profiles, bringing the phrase into the popular lexicon. While Twitter CEO Jack Dorsey recently told Sean Hannity that “we do not shadowban,” it seems that it’s definitely happening to pot businesses on Facebook.

Organizations like the California Bureau of Cannabis Control (BCC), the National Cannabis Industry Association (NCIA), Tom Angell’s popular newsletter Marijuana Moment, and even MJ Biz Daily, seem to be victims of shadow banning. In some instances, according to MJ Biz Daily,  shadow banning has also affected businesses, by muzzling one competitor but not another, as in the case of Summit Medical Marijuana, a dispensary in Maine.

“While Facebook has held a pretty hard line on advertising, which cannabis companies have been dealing with for years, this a big hit to cannabis businesses and brands,” Rosie Mattio, a PR professional who works closely with the cannabis industry, told MJBizDaily. “A company’s social pages are as important, if not more important, than their website.”

Facebook declined to be quoted by MJ Biz Daily, but they did provide a general statement. As MJ Biz Daily summarized it, “a combination of technology, human review and community report to enforce community standards,” and that “if something was removed that shouldn’t have been, reviewers quickly work to restore it.”

The statement added that the company filters many drug-related terms, which could account for the shadow banning of businesses and organizations with ‘cannabis’ or ‘marijuana’ in their names. However, it also concluded by saying that there was no guarantee of consistency in search results, due to the variety of factors that go into the filtering and community guidelines process.

And where once Facebook’s de facto ban on all cannabis pages was just a big hassle for retailers and growers in legal states, the latest flap is actually affecting the BCC’s ability to regulate, the agency said. The BCC uses their Facebook page to inform stakeholders of public events and to communicate information vital to the licensing process. Alex Traverso, the BCC’s spokesperson, said shadow banning has cut their reach nearly in half. And that, he told MJ Biz Daily, is a big blow to transparency.

“We’re a state agency,” he said. “We don’t sell cannabis products. We don’t advocate for the use of cannabis. We’re strictly informational, and we use the site as a way to communicate with people about the work we do and to be transparent about the work we’re doing.”

For the time being, if you’re looking to apply for one of those coveted California licenses, it might behoove you to go directly to their site.

Enjoy the latest and greatest from Herb, enter your email below to get exciting cannabis updates delivered to your inbox.
August 15, 2018 — Last Updated
Written by Tobias Coughlin-Bogue