Travelers and locals made off with hundreds of thousands of dollars worth of hash washed ashore, creating one of the greatest disappearing acts ever. 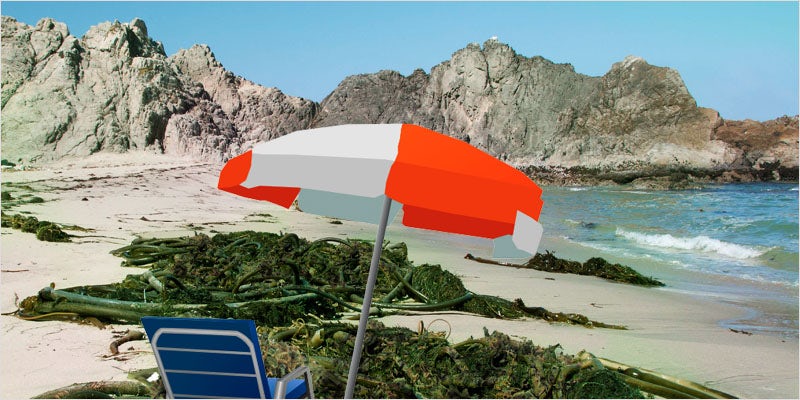 Sun tanners on Spain’s Pedregalejo beach experienced a once in a lifetime event that they will probably never forget. The lifeguard on duty had discovered a bundle of about 30kg of hash washed ashore, and only managed to keep things under control for a split second. Once the beach goers caught wind of what was discovered, they immediately swarmed the package and made off with the thousands of dollars worth of cannabis.

Policía were too slow to catch the hash washed ashore

The scene had almost gotten violent as people bum-rushed the lifeguard and grabbed as much cannabis as they could hold. The beach calmed down as the Spanish Police arrived, but after a perimeter was set up and the situation was controlled, over 98% of the cannabis that washed ashore was nowhere to be seen.

The police arrived a 4:45 P.M. and despite the lifeguards efforts, only half a kilograms was left at the beach. Now, this definitely isn’t a small amount for the police to confiscate, as 500 grams can make a dispensary or dealer almost $5,000. But the reality is that the swarm of people who took over the shipment made off with twenty-nine and a half kilograms of cannabis.

If it was to be sold at the common rate of 10 euros a gram, the beach- goers managed to steal €295,000 of washed ashore cannabis. That’s around $325,000 USD. So if the shipment was going to be illegally shipped by water to another country, then it looks like one of the smugglers will be taking out a mortgage to replace what they lost.

With all the beach-goers stuffing cannabis into coolers, shirts, and purses, this might go down as one of the most efficient drug raids in history. Within minutes, hundreds of thousands of dollars worth of cannabis had dissipated into the hands of travelers and locals.

How badly do you wish that you were at the beach during this Christmas in July? Would you be one of the first people to smoke the newly acquired cannabis? Let us know on social media or in the comments below!