Hollyweed: A Brief History Of Cannabis In The Movies

From the Reefer Madness to Easy Rider and the stoner buddy movies of Seth Rogen and James Franco, your favorite plant has a long history in Hollywood. 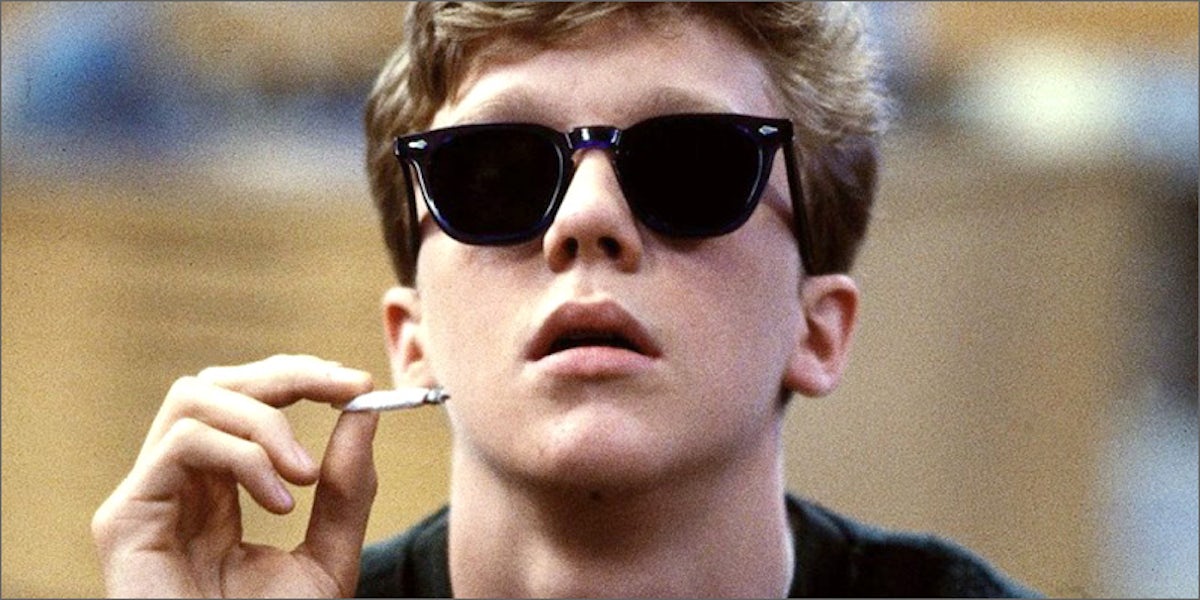 From the Reefer Madness to Easy Rider and the stoner buddy flicks of Seth Rogen and James Franco, your favorite plant has a long history in Hollywood.

Over the course of the last century, Hollywood has had a relationship with weed that has been, well, quite difficult.

The flawed relationship between weed and wonder all started with the movie Murder at the Vanities, a flick released in 1934 that didn’t just have a fleeting reference to weed, as it was actually had a musical number dedicated to weed called “Sweet Marijuana” – and, no, it’s not a joke.

But the attitude towards weed would quickly change from sweet to sour, just two years later, with the release of the infamous (and, of course, iconic) Reefer Madness. The movie, notorious for helping kick off the anti-cannabis hysteria, was released the same year as Marihuana, with the two movies helping to demonize weed. The two titles showed people smoking the “killer weed” and becoming “crazed sex maniacs” and murderers.

It was during that period that Harry Anslinger, a Federal Agent for the Federal Bureau of Narcotics (the pre-precursor for the Drug Enforcement Agency), started a crusade against the cannabis, which also included some “fake news” that helped whip up even more hysteria from the public.

Unfortunately, that worked, as the public turned on weed and it became illegal in 1937, which also saw it being banned from appearing on the silver screen.

It wasn’t until the Sixties that weed made a comeback when counter-culture was taking over the nation and movies like Easy Rider brought the no-so-killer weed back to cinemas, which would lead to what came in the late Seventies: the stoner comedy.

It was the pairing of Californian Richard “Cheech” Marin and Canadian Tommy Chong that would change the cinematic landscape forever when the stand-up comedians (who were already famous for their comedy albums) made their film debut in Up In Smoke (1978), which led to five more films.

Early into the eighties, Cheech & Chong were still making appearances together on screen, but, for most of that decade, weed would make a cameo when it was time to have some teenagers being rebellious, with the most memorable of such characters in teen comedies like Fast Times at Ridgemont High (1982) and The Breakfast Club (1985).

Ronald Reagan and The Wyld Stallyns

At the end of that decade, weed went from being used as a comedic trope to something that was a negative influence, which was all thanks to the meddling of the government (this time, by the Reagan administration).

Was this the reason why Bill and Ted – you know, the Wyld Stallyns – never partook, even though they loved to par-tay? If that was actually the case, it was totally bogus.

The nineties, noughties and now

But it wasn’t long until weed was back on screens, both big and small, with movies and television series dedicated to the herb. Of course, a lot of the titles were the quintessential stoner comedies, with the pairings of Harold and Kumar to James Franco and Seth Rogen, but there have also been critically-acclaimed television shows such as Weeds.

Plus, many studios are now producing series’ based on cannabis. Netflix has the Kathy Bates smash “Disjointed“, and Snoop is getting in on the action with “Mary + Jane”.

From being cast as a “killer” to becoming a comedic trope and even a McGuffin, it seems Mary Jane is one of cinema’s most diverse stars, whose career has yet to peak.

Get 20% off premium weed and discover the latest products, news, and deals in cannabis.
May 29, 2017 — Last Updated December 05, 2019
Written by Todd Farmington