“Pot” Peeves: 10 Annoying Types of People To Smoke Weed With

Let’s face it, we all have ran into people who can do some annoying things when they smoke weed. Here are the 10 biggest ones you’ve definitely come across. 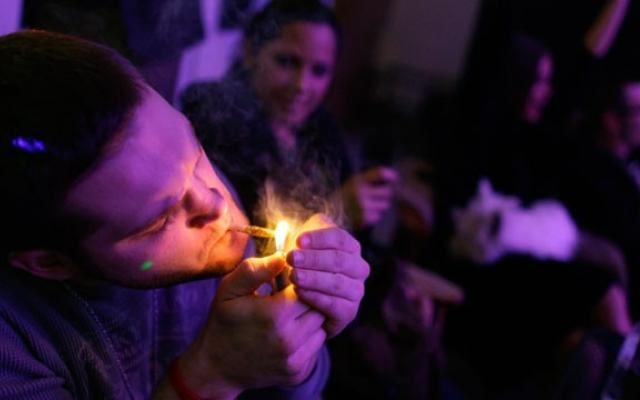 We all continue to spread the love obviously, but we thought we’d lay out these little “pot” peeves for you. Here are 10 of them.

When you have a group of 5 of your friends (or even just 3…or 2) and you all pack a large bowl nice and fat hoping to get at least 1 or 2 rotations out of the pack that you threw down on, nothing is worse than the person who just puts a forest fire to the whole entire bowl pack and takes all the “greens” for themselves and the bowl is done within just a few hits. It is just inefficient since the person would get just as high or intake as much smoke as their lungs could fill if they cornered the bowl and could leave some fresh unlit cannabis in the bowl for the others in the rotation.

We all know those people. When you’re in a rotation and you’re passing a joint or blunt and it gets to “the story teller.” They just don’t understand the fact that it’s lit and they can do the puff, puff, pass rule quick and then share their story after until it gets to them again. Then you typically hear this from them once they finally go to hit it, “Oh sh*t, it went out, does someone have a light?”…*facepalm*

Someone is to blame. You’re passing that blunt or joint around, and by the time you get it again it is like someone made out with it. It is absolutely disgusting and the mouthpiece that you are about to smoke again is just filled with someone (or multiple people’s) saliva. Even worse is when you get that blunt roller who loves making out with the blunt (literally) before you even get to hit it…

Yes, we all love to laugh and share about how baked we are at some points, but there is always that one person who literally will say it multiple times during and after the rotation. We get it, you’re high. We all are. Just don’t say it every time you take your two puffs!

You were waiting for this one, weren’t you? Yes, the individual that takes the blunt or joint and doesn’t abide by the simple puff, puff, pass rule. There is an exception though. If you were the only person throwing down on a blunt and/or joint and are providing it for multiple people, you do have the right to a few extra puffs. However, in general, there are always those individuals who take those few extra puffs and you want to call them out so bad, but you don’t. Just know you’re not alone.

Alright, sometimes it is awesome to have deep conversations while high. But while you’re in the rotation, constantly bringing up serious ‘high’deas or deep conversations about where we’ve came from or what our purpose is, isn’t the greatest time to do so. When all you’re constantly getting is head nods and “yea dude”, that might be an indicator that people actually don’t want your deep conversations right now. There’s a time and place.

We all like to share the love and be generous and smoke people up from time to time. There’s no doubt about that. But for the people that constantly appear suddenly when someone rolls a blunt or packs a bowl and squeezes into the rotation, it may be a warning sign. These people usually ask if you want to smoke more, but don’t throw down any money or cannabis of their own whatsoever. Or, they won’t ask to smoke more but once you roll up another blunt or pack another bowl, they’ll magically appear once again.

There’s always the individual who is set on the fact that they are going to roll the next joint or blunt. They don’t care that you have the perfect rolling techniques that provide a nice even, smooth and slow burning session. All they know is that they’re going to roll the next one. The worst part? They roll it, and they either waste a wrap, or it is one of the sloppiest joints/blunts you have seen in a long time and burns terribly. What a waste.

There is no description needed for this one. We all have that one person who is notorious for accidentally pocketing people’s lighters, even mid-sesh.

So there you have it. 10 pot peeves for 10 annoying things that some people do when they smoke weed. Which ones have you encountered the most?

Get 20% off premium weed and discover the latest products, news, and deals in cannabis.
September 19, 2015 — Last Updated
Written by HERB