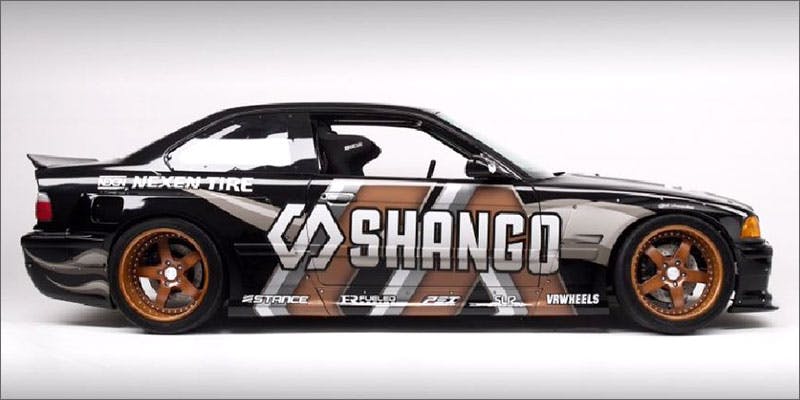 Another positive for the cannabis industry, helping move it into the mainstream and showing the real growth of the green, this time with motor sport.

If you’ll excuse the pun, this sponsorship is another big step for the “budding” cannabis industry, pushing it further into the national spotlight and the mainstream.

This is the first pro racer to be sponsored by weed

From candy to energy drinks, professional car racing has a lot of the sweet stuff backing the industry. But it will soon be the sticky stuff, too, as the weed industry is about to enter the game, helping marijuana enter the mainstream.

The lucky racer is Danny George, a professional Formula Drift driver, who’s based out of Las Vegas. The brand that is set to back him is Shango, which currently operates dispensaries in Nevada and Oregon, but is set to expand.

With Shango helping George get his BMW M3 to the racetracks, it is also another positive for the cannabis industry, helping move the business into the mainstream and showing the real growth of the green. Matthew Gardiner, executive of Shango Las Vegas, said,

Obviously, this is a sign that cannabis is big and it’s growing.

By sponsoring a motorsport team, it not only shows that the cannabis industry is maturing, but that the businesses are growing – and not just the green stuff, either. With plans to open dispensaries in California, Florida, and Puerto Rico, Shango is also looking to sponsor more race teams, too.

We’ve talked to people in a lot of organization and sports, as well, so, you’ll be seeing more of us. -Gardiner