Now Reading:events | In a historic first, this music festival will let you buy and consume weed on site 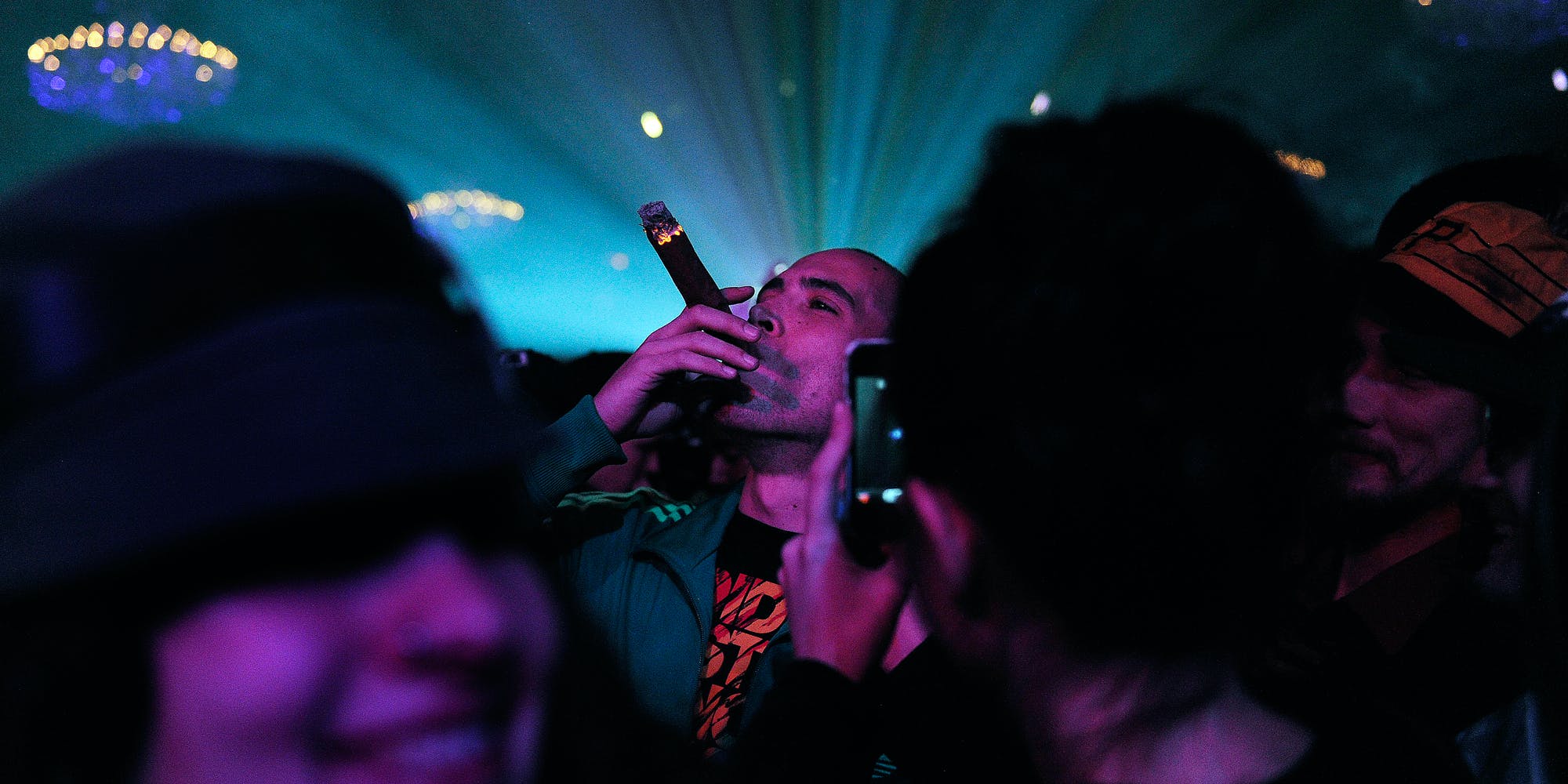 DENVER, CO – APRIL 19: A man smokes a blunt while watching Snoop Lion perform a DJ set during the first ever “Green Carpet” event as a part of the High Times US Cannabis Cup at the Fillmore Auditorium on April 19, 2013 in Denver, Colorado. (Photo by Seth McConnell/The Denver Post/Getty Images)

In a historic first, this music festival will let you buy and consume weed on site

In a historic first, the Chalice Festival in Southern California will allow onsite cannabis consumption and purchases, according to planners. Adults can smoke weed at the 21+ event, with no medical card needed. The talent-heavy fifth annual festival will take place July 13-15 this year at the San Bernardino County Fairgrounds in Victorville, California.

Chalice has quickly grown into what has been described as the biggest glass, hash, art and music festival in the world. Founder Doug Dracup estimates 45,000 people will converge for the three-day cannabis, music and art celebration.

The San Francisco Chronicle has called Chalice Festival “the Coachella of concentrates.” The festival features renowned street artists and glassblowing, including workshops and hash makers. There will also be plenty of food vendors.

And perhaps most importantly, there will be weed sales. “On-site product vendors will be on hand to take advantage of the post-prohibition reality that legally mashes up recreational cannabis products with the large-scale music festival concept,” the Chalice press release said.

World famous glass artists including DWreck, Mothership, JD Maplesden, Mr. Gray, and JAG x SALT will be at Chalice Festival to demonstrate their craft. Glassblowing workshops will be available. And graffiti artists like CBS Crewe, Mark Dean Veca, and Kenny Scharf have appeared at the event in the past. World class graffiti talent is expected again this year.

“This year’s Chalice will make history in several ways,” Dracup said, who aims to push the boundaries of festivals. Just as beer tents have long been a staple of music and art festivals, Dracup hopes to integrate cannabis into the scene as well.

Dracup said it’s a big responsibility for show organizers to ensure the event is exemplary in every way. Chalice is out to show the state of California that adult-use cannabis at music and arts festivals can be safe, legitimate, and profitable.

“We’ve spent years building this event and everything it represents,” Dracup told Cannabis Now. “For us, it’s just a crazy opportunity to show everybody what a legal cannabis festival looks like.”

The fact that Chalice will be the first fully legal cannabis festival in the state, where adults can purchase and use marijuana on site, makes it a historic event for California’s cannabis community.

Local eateries reported a sudden surge in business with last year’s Chalice Festival. It drew 35,000 fans. Hotel rooms sold out across the High Desert area, according to Hinds, who claims the event will have “a tremendous economic impact on our community.”