CBD For Inflammation Gave This 16-Year-Old Her Life Back

Kristin Price suffered from debilitating pain her entire life. Then, in February, she finally discovered CBD for inflammation. 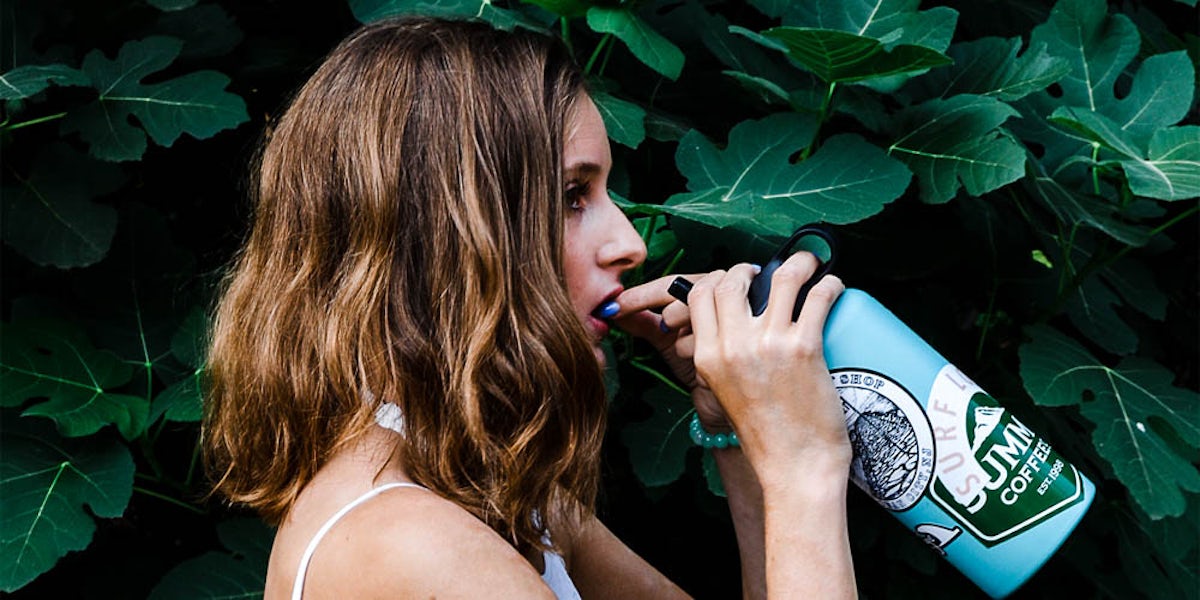 It started when she was four years old. Kristin Price came down with a case of strep throat that lasted three months. Soon after, she started developing life-threatening allergies, seemingly out of the blue. And her flare-ups from eczema, which she’d had since she was born, began to get significantly worse. They would start with a burning sensation on her face and neck, turning her skin bright red before it began peeling off like a serious sunburn, accompanied by a high fever and joint pain.

By the time she was in middle school, Price was also diagnosed with periodic fever syndrome, Postural Orthostatic Tachycardia Syndrome (POTS), and Ehler’s Danlos Syndrome, a connective tissue disorder that affects the joints and soft tissue. Her condition is so complex that she became a patient at the National Institutes of Health after seeing well over 30 specialists throughout her childhood. No one could figure it out.

“I went through a bout of having really, really bad anxiety eighth grade and freshman year,” she says, her confident voice cracking for the first time. “Always wondering when the next fever or flare [up] was coming… worrying, when am I going to be sick again? When am I going to be in the hospital again? And just dreading every next step.”

As a kid, Price’s pain was so severe that she often couldn’t get out of bed in the morning, missing weeks of school and other childhood staples, like birthday parties and field trips. Last fall, when Price was a sophomore in high school, she also lost about 60 percent of her hair from alopecia areata, which she’d been diagnosed with two years prior. Like her condition wasn’t tough enough, now she was waking up at 5 am every morning to strategically bobby pin her remaining hair to hide her bald spots from her classmates.

“I couldn’t even imagine having to wear a wig, having to wear a hat. I didn’t want anything to do with that,” she says. “I was always wondering: can anyone see [the bald spots]? Does anyone notice? Is anyone going to laugh at me?”

For Price, now 16 years old, her hair loss was the last straw. She had been on a myriad of pharmaceuticals since the second grade, including cortisone creams and shots, immunosuppressants, muscle relaxants, painkillers, and even anti-malaria drugs, some of which had such bad side effects it was like adding another condition on top of all her other health problems.

Price told her parents that she wanted to stop all the drugs. “Let me see what happens when I stop taking this medicine,” she begged them. Soon thereafter, she had one of the worst flare ups of her life. She was in bed for almost two weeks in excruciating pain with a 104-degree fever. “But I stood my ground,” she says. “I wasn’t taking medicine anymore.”

Around that same time, Price’s mom, Jen Price, an employee of the legal cannabis industry, began giving her daughter CBD gel capsules to help her with sleep and anxiety. Just maybe, she thought, it would alleviate some of her daughter’s joint pain too. She’d been considering giving her daughter CBD for around two years, but since they live in North Carolina where medical cannabis laws are still very strict, finding a reliable source was difficult.

Because of a lack of regulation of hemp-derived CBD, there’s a lot of fake products out there. A recent study found that 27 percent of CBD products bought online had less CBD than advertised and 43 percent had more. Price’s mom was also concerned about giving her daughter—someone with a compromised immune system—a hemp-derived CBD product which could have heavy metals, mold, and other contaminants.

For the Prices, they ended up going with a CBD for inflammation that’s extracted using a supercritical CO2 process, ensuring it’s free of impurities like toxins or allergens. Price started taking 50 mg CBD gel capsules twice a day in February of this year. It took two weeks before she noticed a difference. She still came down with a fever during that time, but rather than having a temperature between 103 and 104 degrees for five to seven days, her fever was only 100.3 for 36 hours.

“It was amazing for me,” says Price. She thought, “That’s improvement already!”

That was Price’s last fever since starting the CBD for inflammation. Her skin also began getting better; she was no longer covered head to toe in eczema, blisters, and hives. Although to this day she still has an occasional rash, she says it’s nothing compared to what it used to be, both in terms of pain and the emotional toll of being a teenage girl covered in eczema.

“After two months of taking CBD, I realized ‘hey my skin is better! I don’t have to take all these cortisone creams my doctors were prescribing me as much,’” Price recalls.

Price’s breakthrough moment came in May, when she was at a hair salon getting her wig done for prom. The stylist told her, “You don’t look like you have alopecia arraeta.” At first, Price was livid, thinking: I lost 60 percent of my hair. The nerve of this woman to tell me there’s nothing wrong with me! But when the stylist passed her a mirror, she was almost brought to tears. Hair was growing back in all of the bald spots on her head. “That was one of the best days ever,” she tells Herb.

Although Price is still figuring out why CBD works for her, there is a common theme to her medical condition: many of her problems, like eczema, periodic fever syndrome, and alopecia, are autoimmune or autoinflammatory disorders that cause unnecessary and chronic inflammation, which in turn lead to other health problems. The same is true for other autoimmune disorders, like Lupus, Crohn’s Disease, and Rheumatoid arthritis.

In Price’s case, when her chronic inflammation is lessened by CBD, her symptoms are also alleviated. The improvement in her skin and the reduction of her fevers was just the beginning. As she continued to take CBD for inflammation daily, her joint pain also improved. Her Ehler’s Danlos Syndrome always prevented her from playing sports, but she still found solace in working out, doing yoga, and going to pilates. However, during eighth grade and freshman year, even her one-hour work out after school was getting to be too painful.

“I was starting to feel hopeless because that [exercise] was my one source of escaping life, not worrying about school for that one hour. Not worrying about my pain for one hour,” Price explains. “I lost that sense of not having relief in my life at all anymore. That was really hard for me. But after starting the CBD I gradually started adding back in working out… I’ve been so much more at peace with life because now I have that outlet again.”

When it comes to pain relief, CBD not only acts as an anti-inflammatory, but it also modulates a number of neurotransmitters in the brain responsible for pain perception, Dr. Salimpour says.

For Price, the efficacy of CBD for inflammation became clear when she ran out of CBD gel capsules in mid-June. They were on back order for one week, and after 48 hours without CBD, all of her symptoms came back in full force.

“Just those seven days were the worst days of my life,” she says. “I was so cranky, my joints hurt, I had the worst skin flare I ever had since I was on the CBD and it got worse and worse as the days went on. By the seventh day, I was a wreck.”

Then, after two days back on CBD for inflammation, her symptoms were alleviated again. Or, she was “back to normal” as she puts it. Although that week was torture, for Price and her parents, it was added proof that the CBD for inflammation was really working.

Now, going into her Junior year of high school, she’s determined to educate and empower other teens on CBD benefits. Along with her sister and best friend, who also has Ehler’s Danlos Syndrome, they’re launching a CBD self-care line, Hoop Beauty, for teens and young adults. She now sees her journey with CBD as just one important step on a path towards finding her purpose.

Get 20% off premium weed and discover the latest products, news, and deals in cannabis.
August 23, 2018 — Last Updated
Written by Michelle Janikian