This woman asked God to cure her lung cancer. He gave her cannabis. Read her story of healing and hope. 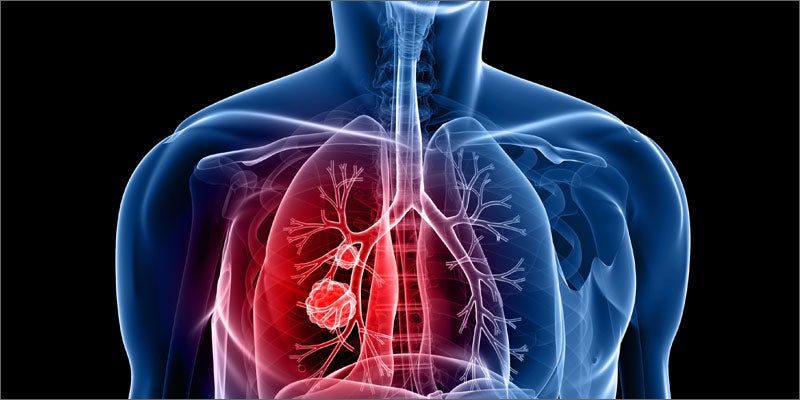 Sometimes, even with a healthy lifestyle, cancer sneaks up on us like a thief in the night, stealing our health, our time, and our joy. But for one woman in Australia, the surprise diagnosis of stage IV lung cancer was more of a shock than for many. She had never smoked tobacco a day in her life. Given only six months to live, she prayed for a miracle. Enter cannabis.

No warning, no options

54-year-old Sharon Kelly was living her life, happy and healthy, or so she thought. She enjoyed a body massage one Friday in December of 2013, and a few days later felt a small pain in her chest. She initially attributed it to the massage, but after several days, she grew concerned and went to the ED at the hospital. Ater an x-ray, the doctor came in and said:

She asked if Sharon ever smoked.

The look on the doctor’s face said volumes. It was a week before Christmas.

Following scans confirmed that there was indeed a mass in her chest. Attempts to biopsy the tumor through her back made the situation worse, leaving her with a partially collapsed lung.

A PET scan revealed the full extent of the tragedy. Sharon had a 5cm tumor in her lung, as well as three cancer-infected lymph nodes and a small tumor on her collarbone. The cancer had spread to the lining of the lungs, and she had fluid buildup around her heart.

With the size and spread of the cancer, she was finally diagnosed with stage IV lung cancer on January 17, 2014. Doctors told her that she only had 6-9 months to live and that radiation wasn’t an option. They could give her chemo, but it would only extend her life by months at the most, and leave her in the grips of chemo sickness for the remainder of her days.

When it comes to lethality, lung cancer takes the cake. It is the number one fatal cancer in the US. The only treatment that doctors could prescribe was Tarceva. Sharon’s cancer showed an EGFR mutation, meaning that it could be slowed in its progress a bit by the particular drug, but remission, let alone a cure, was out of the question.

An answer to their prayers

Sharon and her husband had all but given up hope. They knew that when doctors give up, there is nothing left, but their daughter wasn’t so sure. She told them to look up information about treating cancer with cannabis online. At the time, medical cannabis was still illegal in Australia.

The stories and studies blew their minds: the studies said that cannabis kills cancer cells. In February, just five days after starting the Tarceva to try and buy more time, Sharon started juicing fresh leaves. The next day her husband made the first batch of homemade cannabis oil (one of the healthiest way to smoke weed), and they began to fight back.

Another way to do it

One dose of cannabis oil was enough to make Sharon question her decision. The psychoactive effects of the THC, even in small doses, were more than she was prepared for. She kept going, striving to get her dosage up while keeping the mental effects from bogging her down.

In April of 2014, after her husband had made the second batch of oil, they found help from an experienced activist, who suggested, “An alternate route” to oral ingestion that would help. They put the oil into capsules and used them assuppositoriess. The suppository method worked! She was at a full strength dose, with no overwhelming high.

Sharon used cannabis oil suppositories regimentally, and the effects were noticeable. However, it wasn’t until Wednesday, September 3rd, 2014, that a PET scan revealed just how much the cannabis had done.

In her own words

Below is a video, uploaded by Sharon on YouTube 2 months after her miracle cure. You can listen and watch her tell you, with tears in her eyes, how cannabis saved her life. She continues to take the oil to maintain her health, and hopes that her message of hope will reach others.

Sharon and her husband are devout Christians. In her time of need, she reached out to God, and he answered, with cannabis. She prays others will find his message and be healed through the power of cannabis, too.

Has cannabis answered your prayers? Share your testimony on social media or in the comments below.

Get 20% off premium weed and discover the latest products, news, and deals in cannabis.
June 21, 2016 — Last Updated December 04, 2019
Written by Christopher Teague