Justice Department lawyers tried to get the case dismissed, but the judge is taking time to make a decision. 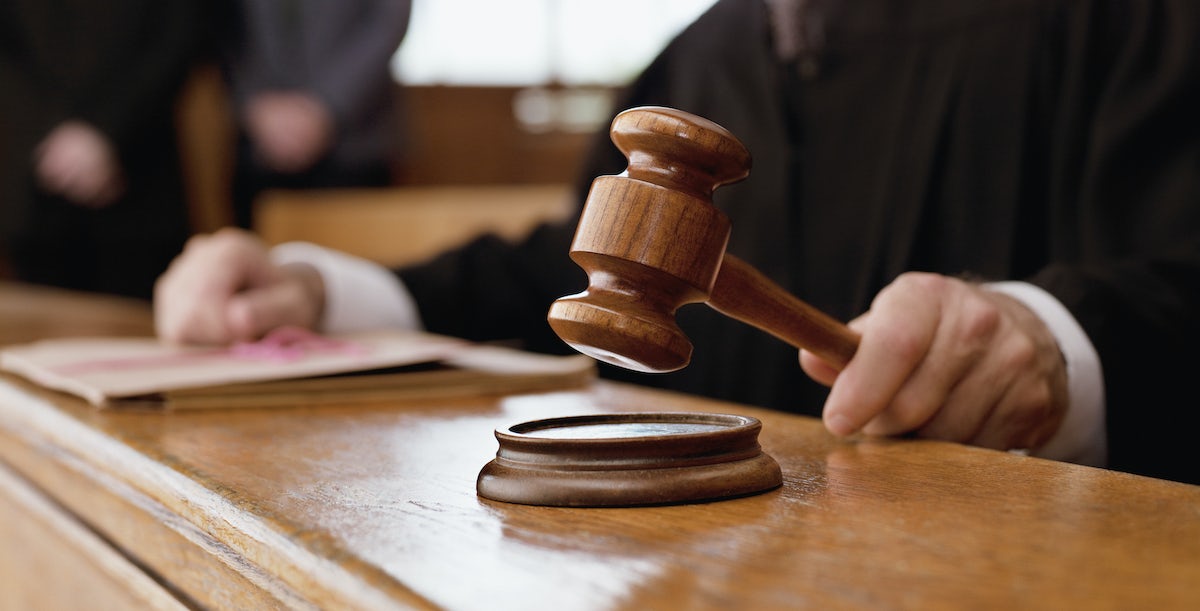 “Your clients are living proof of the medical applications of marijuana,” said Judge Alvin Hellerstein in a New York courtroom on Wednesday. While the federal government continues to classify cannabis as a Schedule I substance, the argument against that classification seemed to sway the judge. “It’s a good argument,” Hellerstein told lead counsel Michael Hiller, though he cautioned that it may not be a winning argument.

More than 100 spectators descended on the U.S. Court for the Southern District of New York on Wednesday to watch the key hearing in a potentially landmark case. So many spectators showed up that dozens were sent to an overflow room.

The lawsuit makes a variety of arguments that the prohibition of marijuana is unconstitutional. But the issue at stake on Wednesday’s hearing was the Department of Justice’s motion to dismiss the suit.

Assistant U.S. Attorney Samuel Dolinger argued on behalf of the Justice Department and was at various points rebuked by the judge: “Mr. Dolinger, that argument is not getting anywhere,” said Hellerstein as Dolinger stumbled through his questioning. As Dolinger made his argument, Hellerstein repeatedly cut him off to probe him on issues that he seemed underprepared for. The back-and-forth drew cheers and chuckles from the spectators in the overflow room, who delighted in watching the Justice Department’s attorney struggle to answer some of the judge’s questions.

“Your Honor, I would have to provide you something further on,” replied Dolinger.

One of the key points in the Department of Justice’s bid to dismiss the suit is the Drug Enforcement Administration’s (DEA) administrative review process that allows anyone to petition for a change in scheduling. While many have sought to change the classification of marijuana under the Controlled Substances Act through this process, (obviously) none have succeeded. In 2011, the DEA denied a petition to reschedule the drug.

“Plaintiff can go back no and say, things have changed since 2011,” said Hellerstein. “Here are all these medical uses and here are all these doctors’ testimonials about how much it is used… You have the people who have been helped considerably by it, please change your mind.”

But Dolinger argued that the plaintiffs should seek a scheduling change through the administrative review process, which has an average nine-year delay. (The petition that was denied in 2011 was initially filed in 2002.)

“Your Honor, I represent people who need cannabis to live,” said Hiller when his turn came, arguing that medical marijuana patients cannot go through such a lengthy petitioning process when their lives are on the line.

But it wasn’t all easy going for the plaintiffs’ counsel, despite the judge seeming sympathetic to their cause. Hellerstein questioned whether a U.S. District Court is an “appropriate forum to weigh all of the conflicting arguments” regarding substances on the CSA.

Nevertheless, he told Hiller that the plaintiffs have a “very strong” case. “How could anyone say that your clients’ pain and suffering has not been alleviated by marijuana? You can’t, right?”

“I couldn’t agree with you more, your Honor,” replied Hiller.

“We are thrilled that we have a judge in this case who has taken the time to focus on the issues, to ask probing questions, and has demonstrated a commitment to get the answer to this question right,” Hiller told reporters outside the court after the hearing. “We obviously can’t predict what the outcome will be. But one thing we’re certain of, whatever the outcome, the judge is going to spend time to get it right.”

It’s unclear how the government’s lawyers felt about the judge. A spokesperson for the Justice Department declined to comment on the hearing.

At the end of the day, the judge neither granted nor dismissed the government’s motion to dismiss the case. He “reserved decision,” meaning “he’s going to consider the issues over the next several days or weeks until he comes to a conclusion,” explained Hiller.

But the plaintiffs were pretty pleased with the hearing.

“Regardless of the ruling, in my eyes, we won today,” said Jose Belen, the combat veteran who uses cannabis for PTSD, in a statement after the hearing. “The sheer fact that we were given the attention we received, it was a win.”

Get 20% off premium weed and discover the latest products, news, and deals in cannabis.
February 15, 2018 — Last Updated
Written by Mona Zhang