Now Reading:industry | This congresswoman thinks cannabis investment is as foolish as UFOs and light travel 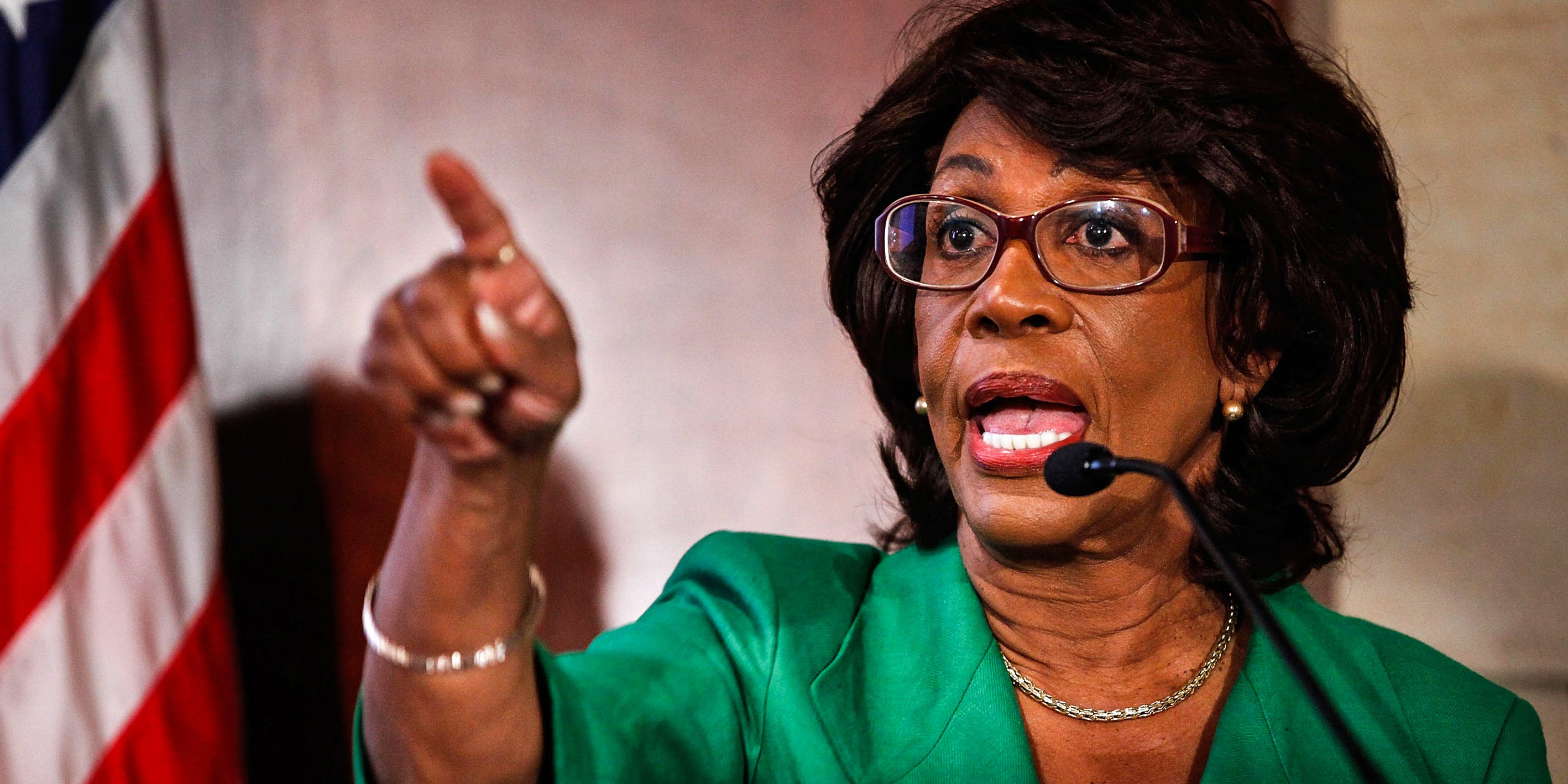 WASHINGTON – AUGUST 13: Rep. Maxine Waters (D-CA) holds a news conference to challenge the charges made against her by the House of Representatives ethics committee at the U.S. Capitol August 13, 2010 in Washington, DC. The House Committee on Standards of Official Conduct said it found sufficient evidence that Waters’ chief of staff, her grandson Mikael Moore, granted “special favors” to a struggling Massachusetts-based bank in which her husband owned stock. Waters has requested that a public trial by an ethics committee panel take place before the November election. (Photo by Chip Somodevilla/Getty Images)

She told lawmakers to stop “artificially propping up businesses of this sort.”

The cannabis market is being eyed by mainstream investors and entrepreneurs alike. Legalization and destigmatization are two different things, however, and it seems that even as weed becomes a legitimate industry, it isn’t exactly earning respect in all levels of government. For example, someone should tell one congresswoman that despite what some stoners say, weed does not come from outer space and it is not comparable to UFOs.

This month, the House of Representatives was discussing a bill called the Regulation A+ Improvement Act of 2017 on investments and exemptions for particular small companies. And while it may not seem like a big excitable deal, it was a huge opportunity for some weird crap to be said. Namely by California Representative Maxine Waters.

“Mr. Speaker, I have extensive information here about what is happening,” said Waters. “At first, I decided that some of this information I wouldn’t share because I am so anxious for these small businesses to be able to access capital, but I think that, you know, some of my earlier concerns, perhaps, may have been justified.”

“Most Reg. A+ businesses haven’t gotten beyond the startup phase known as the pipedream,’” continued Waters, “Businesses seeking capital for cannabis paraphernalia, flying cars, studying UFOs, telepathy, and light-speed travel. We wonder why the backers of this legislation would spend so much time and effort seeking to artificially prop up businesses of this sort.”

Ohio Representative Joyce Beatty echoed the concerns of Waters about hasty investments into ‘weird’ companies. Both were citing the same article from the investment magazine Barron’s, which claimed that the standard for companies open to public investment has been declining. It gave real-world examples of those far-out institutions including the UFO sighting organization started by none other than Tom DeLonge, the former Blink 182 frontman who left the band largely over his obsession with aliens.

But weed is not a space alien—and its bizarre that it would be grouped with them alongside companies that allegedly have no merit or potential for growth. People around the world have not only encountered weed, but even smoked it, a claim that cannot be made about extra-terrestrials. So while there are risks to investing in cannabis companies, it is largely due to the fact that so much hinges on federal policy. Not because we do not know if it exists or if it’s a worthwhile business venture.

The exchange, initiated by Waters and Beatty, was spotted by writer Tom Angell. Beatty went on to clarify that she was not shutting down all young investments and that, back in her district, a Scottish brewery successfully used the policy discussed.