A few weeks ago over 80 pounds of cannabis was seized in Texas, and the local authorities have just released the information and the photos. 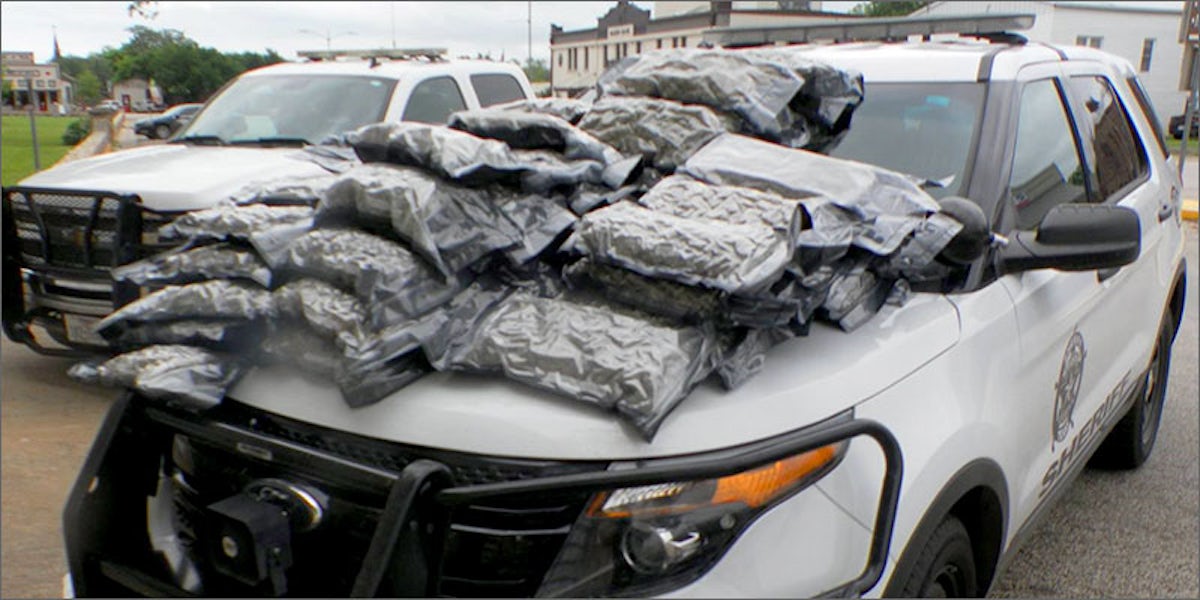 If you’ve ever wondered what 81 pounds of marijuana looks like, well, wonder no more. A few weeks ago, there was a big drug bust in Texas, which resulted in over 80 pounds of cannabis being seized, and the local authorities have just released the information and the photos.

The Sheriff’s Department seized the 81 pounds of marijuana at the Mason County Airport, just west of Austin, which also saw the arrest of three men. The alleged smugglers are Roy Marion Jones, Christopher Thomas Urban, and Joseph Edward Ward, who were all arrested on April 14.

The three men allegedly used the plane to transport the drugs, seeing all being charged with a first-degree felony, which could result in a sentence of 15 years to life in prison and a fine of up to $10,000.00.

While that is a lot of weed, seized marijuana can come in many different forms and all kinds of packaging, which seems to be happening a lot in 2017.

One of the strangest was the 10-pound “giant blunt” that was stuffed full of weed, which was found by Floridians, who happened to stumble upon it on a local beach.

Then there were the packages of weed – a couple hundred pounds of weed, no less – that was found packaged and ready for transporting, which washed up on a Del Mar beach and was found by people walking their dogs.although it was a lot of weed, it sure wasn’t as creative as the “giant blunt” that was found in Florida.

And although it was a lot of weed, it sure wasn’t as creative as the “giant blunt” that was found in Florida.