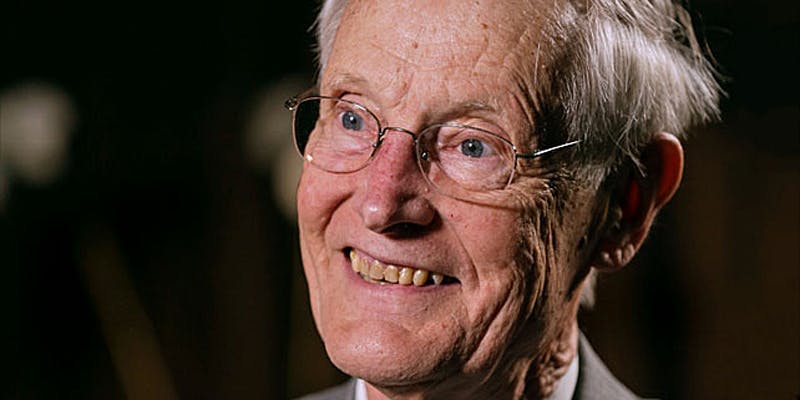 Robert L. DuPont wants to monitor those who fail drug tests for up to 5-years.

A top-level advisor to Attorney General Jeff Sessions wants doctors to drug test all their patients, and to force users, they suspect of addiction into rehabilitation against their will. If Robert DuPont gets his way, drug testing could become a required part of your visit to the doctor.

DuPont, 81, is one of a small group of drug-policy “experts” Sessions invited to a closed meeting last month to discuss federal response to marijuana legalization. He is one of the most hardline and influential architects of the Drug War, having started out in the 1970s as a liberal on the drug control issue. But by the 1980s DuPont had taken a hard right turn, popularizing the long-debunked claim that cannabis is a “gateway drug.”

DuPont wants to force people into treatment for up to 5 years.

In an interview last year, DuPont pushed for expanding drug testing. His idea includes having physicians force patients whom they believe to have substance abuse problems to submit to drug tests, or lengthy stays in treatment facilities reports Newsweek.

“Among other things, he proposed giving doctors the authority to compel suspected substance abusers into treatment against their will,” reports The Daily Beast. “Once in treatment, patients could face up to five years of monitoring, including random drug tests.”

“We want [drug screens] to be routine in all medicine,” DuPont said. “Doctors already check for things like cholesterol and blood sugar, why not test for illicit drugs? Right now the public thinks that if we provide treatment the addicts will come and get well … that’s not true. So let’s use the leverage of the criminal justice system.”

DuPont was invited to the meeting to speak on “the effects of marijuana on drugged driving.” He has some pretty radical ideas on that subject, too.

A national model bill he helped write in 2010 called on cops to test anyone stopped for suspicion of driving under the influence for all controlled substances, and arresting them on the spot if the slightest trace showed up — regardless of the amount. While the bill includes an exemption for drivers with prescriptions, cannabis users would still get busted. Medical-marijuana patients don’t have prescriptions (due to federal law), just doctor recommendations.

That bill’s language makes it specifically clear that people will still be punished even if they are legal medical marijuana patients in states which permit its use. “[The] fact that any person charged with violating this subsection is or was legally entitled to consume alcohol or to use a controlled substance, medication, drug, or other impairing substance, shall not constitute a defense against any charge,” the bill reads.

Even more ominously, the bill includes a section, “prohibiting the internal possession of chemical or controlled substances,” which means you can be arrested for failing a drug test

“Any person who provides a bodily fluid sample containing any amount of a chemical or controlled substance … commits an offense punishable in the same manner as if the person otherwise possessed that substance.”

This means you could face federal criminal charges for failing a drug test. Of course, the fact that all of this flies in the face of the Fourth Amendment can’t be overlooked. Mandatory drug testing and involuntary detention are radical and according to many legal scholars,  unconstitutional..

DuPont’s views on cannabis became increasingly conservative as his career in drug policy flourished. In 1978, after serving as President Richard Nixon’s drug czar, he warned The Washington Post the marijuana would have “horrendous” effects on society.

“I get a very sick feeling in the pit of my stomach when I hear talk about marijuana being safe,” DuPont said. “I have no doubt there are going to be horrendous [effects].” The quote was later used in a 1981 report, “The Marijuana Epidemic,” by far-right think tank The Heritage Foundation.

DuPont proposed that all welfare recipients — and their children  — should be forced to submit to drug testing in a policy The Heritage Foundation also published. This created controversy, because DuPont, after a four-year stint at the National Institute on Drug Abuse (NIDA) had ventured into the drug-testing industry, reports Rewire. Suddenly, it had become financially beneficial for DuPont to oppose cannabis legalization and support widespread drug testing.

In 2000, he appeared before the federal Food and Drug Administration, pushing for expanded hair follicle testing. DuPont claimed there was no conflict of interest, even though at the time was also a paid consultant and shareholder in Psychemedics, which offered costly hair testing analysis.