Driver Sues For $900,000 After Police Search His Crotch For Weed

He got pulled over for tailgating. 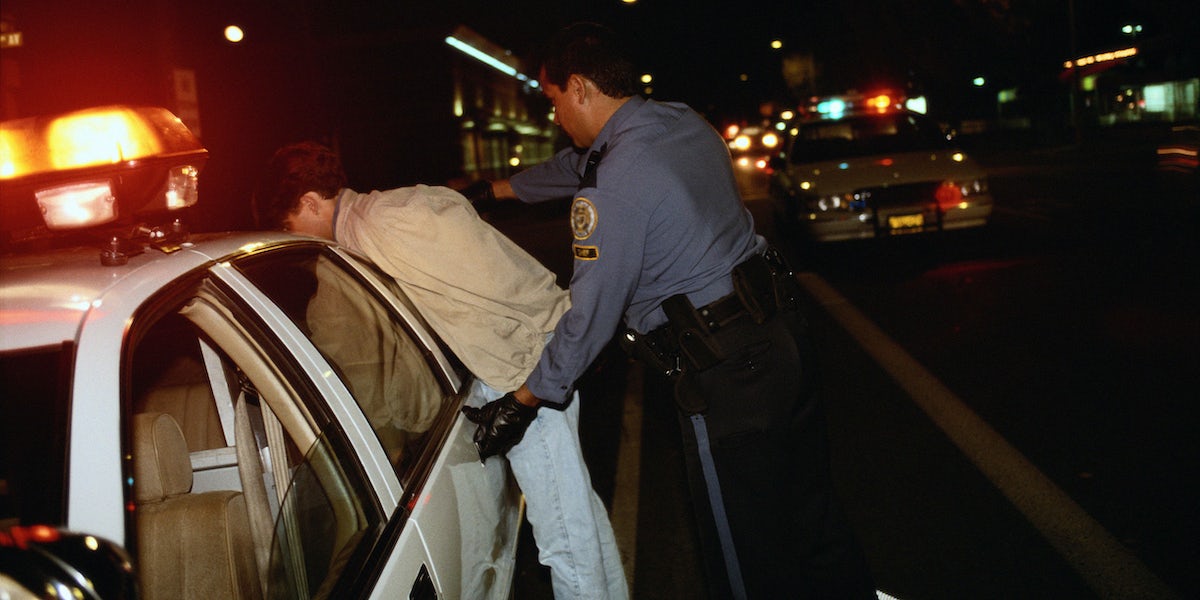 A New Jersey man has filed a $900,000 lawsuit after a cop pulled him over and searched his crotch for cannabis in clear view of oncoming traffic.

Jack Levine, 22, is suing for the roadside search that happened after he got pulled over by New Jersey State Police in 2017. State Troopers Joseph Drew and Andrew Whitmore, along with other unidentified troopers, are named as defendants.

Video footage of the incident was released after a records request from public records watchdog John Paff. The roadside search was soon being viewed on news outlets worldwide, reports NJ.com.

Levine’s lawsuit states that a trooper had on latex gloves when he opened Levine’s pants on the roadside. The trooper “put his hand down [Levine’s] pants and went from his tailbone, down the crack of his buttocks to the front near his genitalia, then put his hand in his front and groped his genitalia and moved his private parts around,” according to the suit.

“If you think this is the worst I’m going to do, you have another thing coming,” the trooper told Levine, the suit alleges.

The suit also claims Levine experienced public humiliation and embarrassment due to the roadside search.

When the body cam and dash cam video was released by troopers in April to “tens or hundreds of millions of people as far away as New Zealand,” it violated Levine’s privacy, according to the lawsuit. Levine’s complaint points out that the incident was an ongoing investigation at the time.

The roadside search also violated a guideline from the Attorney General, according to the suit. The guideline states body cavity searches are only to be performed by licensed medical professionals with consent.

Levine was stopped by Drew for the roadside search last March while driving through Southampton Township in Burlington County, N.J. The trooper claimed Levine was tailgating the vehicle in front of him.

Trooper Drew claimed a marijuana smell was emanating from the vehicle, according to court documents. He then took Levine and a passenger out of the vehicle and handcuffed them. Both men were placed in the back of a police cruiser.

After the roadside search, Drew wrote Levine a ticket for tailgating. That citation was eventually dismissed in municipal court, according to attorney John Sanders, who represented Levine in that court.

The Attorney General’s Office on Friday (June 22) said they were aware of the lawsuit. The office declined to comment any further.

An internal investigation of the incident is ongoing, according to a State Place Spokesman. Drew and Whitmore currently make about $57,800 a year working as troopers, according to state records.