Edgar Castro’s case against the Phoenix Police shines a light on police brutality and the continued injustices of the war on drugs. 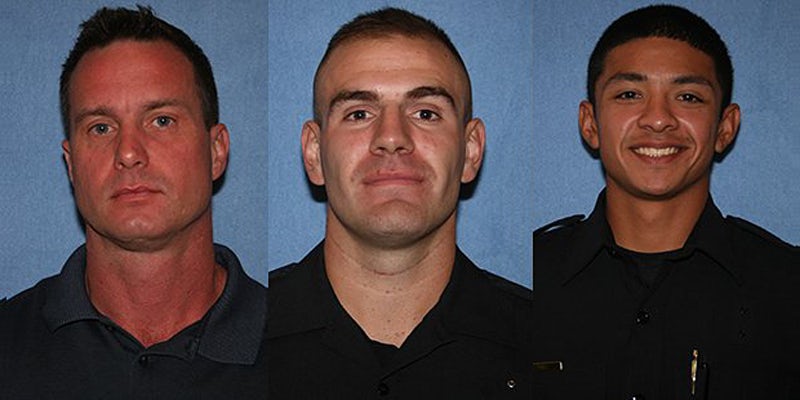 A Phoenix man has accepted a $100,000 settlement from police

‘The case brought widespread attention to the issues of police brutality and abuse of power, particular as it relates to law enforcement’s ongoing war against cannabis and the people who use it.

Back in September 2016, Edgar Castro, then 19, was pulled over for speeding. Officers found a small amount of marijuana in his vehicle. They demanded he eat the weed to avoid being arrested and taken to jail, Castro later said, reports The Arizona Republic.

Castro, handcuffed in the back of a police cruiser, ate about a gram of cannabis as officers searched his car. He reported getting sick as a result.

After the search, Castro was instructed to sit on the ground. Officer McFadden told him to eat the weed, or he’d be going to jail. Castro asked Officer Pina if he actually had to eat the cannabis, to which Pina responded, “Yeah! You need to eat it.”

When Castro asked for his phone so he could record the incident, Officer McFadden reportedly said if Castro grabbed his phone, he’d be shot. Castro was unarmed at the time.

After being issued traffic tickets, Castro was released. He had in February planned to seek up to $3.5 million in his initial notice of claim in the case. The suit, when it was filed in October, sought undisclosed punitive and compensatory damages, alleging civil rights violations and emotional distress, reports The Associated Press.

The three Phoenix police officers involved — Michael J. Carnicle, Jason E. McFadden and Richard G. Pina — quickly resigned. Additionally, Lt. Jeff Farrior, who had been told about the allegations but didn’t launch an investigation, was demoted to sergeant. Castro in October had filed a lawsuit against the city and the officers involved. Phoenix agreed last month to settle out of court for $100,000. The Phoenix City Council signed off on the settlement.

“The officers who violated me did it because they felt like they could. They felt like their uniforms made it okay for them to be racist bullies and treat me like a second-class citizen. There should be systems in place to make sure these sick individuals never carry a gun or badge again.”

Get 20% off premium weed and discover the latest products, news, and deals in cannabis.
January 18, 2018 — Last Updated December 20, 2019
Written by Steve Elliott