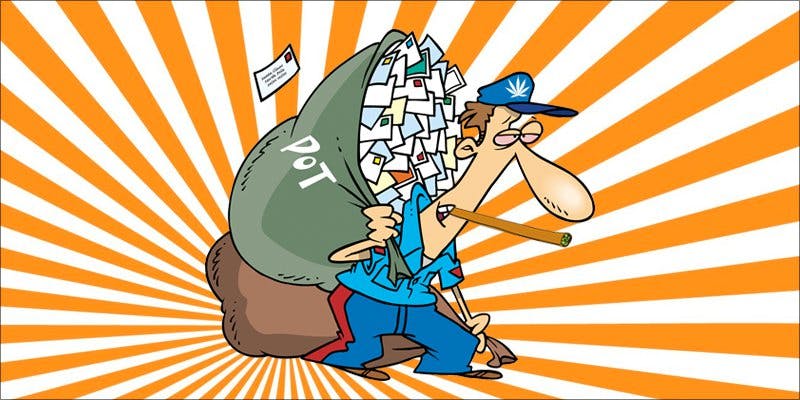 What happens when the occasional pot package comes through the mail? According to a new report, postal workers may be scoring some free weed.

Cannabis is now legal for recreational and medicinal use in 29 states. However, it remains federally illegal. In like manner, shipping weed using USPS is illegal and will result in some serious time behind bars. So, what happens when the occasional pot package comes through the mail? As it turns out, postal workers may be scoring some free ganja, according to a new report.

US postal workers under investigation

The aroma of possible free cannabis coming from a package would spark anyone’s curiosity. At the present time, shipping cannabis through the mail is illegal.

However, according to a new report, it seems that the occasional weed package isn’t going where we may think. In fact, it may just be resting in the hands of a U.S. Postal Service worker.

In fact, the audit, completed in October, brought to light high-profile situations of postal workers not only stealing drug mail but also using their positions to gain profit from it.

One facility, in particular, could not explain why a cage containing potential pot mail had a broken lock. Also, another facility’s suspicious packages sat in an unlocked room. And at yet another, they just sat openly on a table.

During Septemeber, an Illinois Postal worker received a charge for delivering pot mail, by a tip to the postal inspector general. Then, two workers also received charges for stealing drugs during May from roughly 16 packages at Chicago O’Hare International Airport.

Although a public web posting proves the audit exists, some of the information is under wraps due to its “sensitivity.” Therefore, it will remain secure under the Freedom of Information Act (FOIA).

Because much of the information remains hidden (or redacted) with yellow markings, no actual confirmation can conclude that postal workers are scoring free bud. However, the audit recommends that USPS adopts,

A nationwide policy for handling, tracking and providing additional security for packages suspected of containing marijuana to reduce the risk of these packages being lost or stolen.

Paul Krenn, a spokesman for the U.S. Postal Inspection Service, says the report,

[i]dentified an opportunity that can be addressed by leveraging existing guidance and handling protocols to further streamline and simplify the handling of suspect packages by Postal Service employees.

It’s safe to assume that postal members are stealing cannabis. However, this is not a problem that is increasing as a result of legalization, according to US News.

Although cannabis is legally enjoyed in several states, it remains illegal to ship any cannabis-related mail. Not to mention, it’s apparently not safe either.