This Is The Sinister Reason Weed Is Illegal

Adam Ruins Everything tackles the long-time debate on the legality of on of the most commonly used illicit substances on the planet, cannabis. 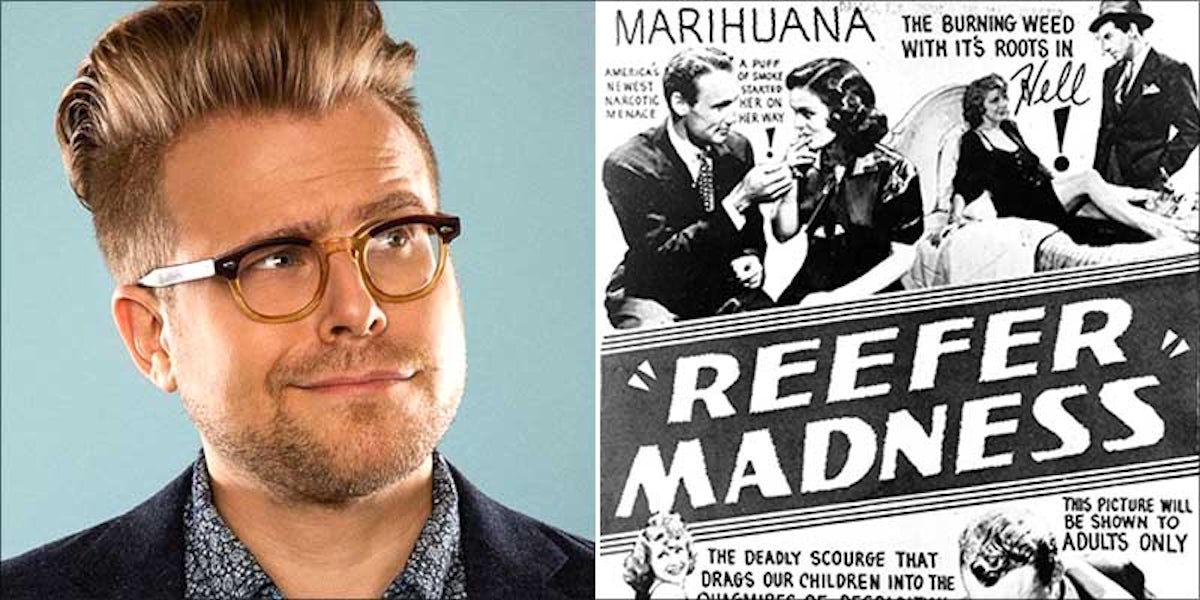 If you haven’t seen one of the Adam Ruins Everything videos from the College Humor YouTube account, then you are definitely missing out. This time, Adam tackles the sinister, long-time debate on the legality of on of the most commonly used illicit substances on the planet, cannabis. Will the reason for cannabis being illegal in the U.S. be an obvious one?

Reefer Madness is still a thing

Late last year, Adam Ruins Drugs was aired as the show detailed the history of cannabis use and the Reefer Madness techniques used to criminalize it. Adam also exposed the gaps in logic in the scientifically inaccurate  “gateway drug theory.”

Although the anti-cannabis campaign deemed  “Reefer Madness” may no longer be believable today, America’s anti-drug policies remain bolstered by arguments that have little factual basis. According to federal authorities, cannabis fully deserves its current standing as a Schedule I substance, alongside heroin, LSD, and ecstasy.

By definition, then, the government considers cannabis to have “no currently accepted medical use and a high potential for abuse.” It is among the “most dangerous drugs of all … with potentially severe psychological or physical dependence.”

Adam sums the whole scenario up quite well using a comedic yet serious tone, so make sure to share this video to let the truth about cannabis be heard!

Nixon started the war on drugs to bully his political enemies and minorities, his own aid even admitted it. – Adam Ruins Everything

Enjoy the latest and greatest from Herb, enter your email below to get exciting cannabis updates delivered to your inbox.
April 02, 2017 — Last Updated
Written by Lukas W