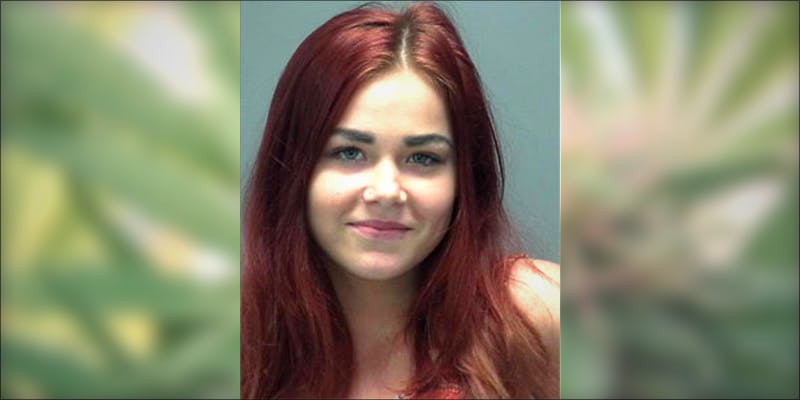 The video, recorded in January, showed the toddler inhale and exhale, all without coughing or choking, while Woldridge was seen laughing in the background.

Yes, you read the headline correctly, folks: a teenager let a toddler smoke weed and posted it to Snapchat.

The teen, 14-year-old Katelyn Woldridge from Florida, faces one charge of child cruelty and another charge of violating probation for criminal mischief – quite the rap sheet at such a young age.

While investigating a possible connection to a robbery suspect, Lee County Deputies searched Woldridge’s cell phone, where the videos and photos of the crime were found.

The videos are allegedly of Woldridge with a toddler on her lap, allowing him to smoke what appeared to be a joint, it is reported.

It’s heartbreaking because I have children of my own. I’m a father of four myself [and] I can never imagine anything like that going on. – Cesar Torres, a local of Lehigh Acres

The video, recorded in January, showed the toddler inhale and exhale, all without coughing or choking, while Woldridge was seen laughing in the background.

On the same day she recorded the other videos, she posted a photo to Snapchat, which had the toddler with a joint in his mouth that was captioned with “he hit that bihh.”

In another video, recorded in December 2016, Woldridge asks the toddler, “Are you high, baby?” The toddler answered, “Yeah”. That same day, another photo was posted to Snapchat of the toddler – identified as her nephew – with a joint in his mouth, captioned with “pot head babyy,” it is said.