A Judge Let a Weed Dealing Grandpa Go Because, “He’s Too Old For This”

Francis Hester was the Walter White of nearly all the retirement homes in the area. 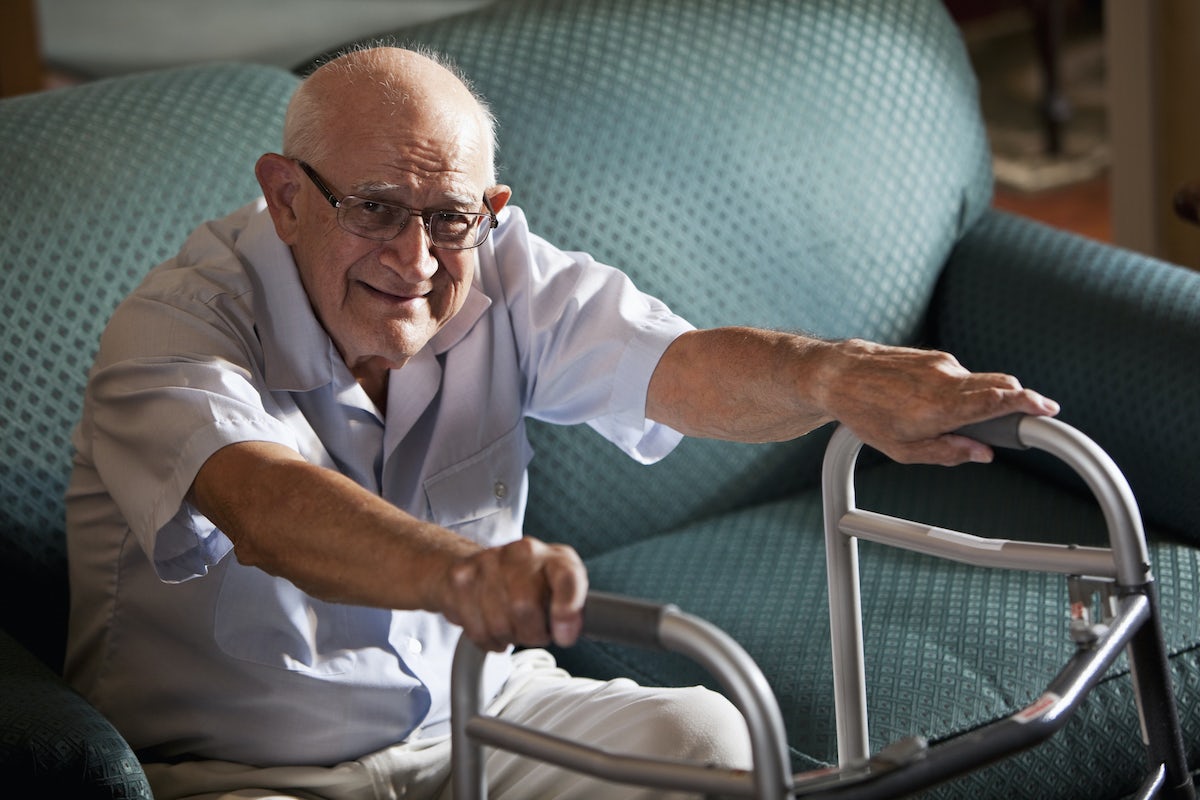 This isn’t the Grandpa mentioned in the article… but look how happy he looks. Photo by Kali9/ Getty Images

You’re never too old to start over, or so I’ve read on countless motivational memes posted daily by Facebook friends. It’s a mantra that seems to have been taken to heart by one UK senior who managed to make it out of court without a prison sentence after he was caught selling weed.

As reported by local news Devon Live the 74-year-old grandfather, Francis Hester, who lives in Plymouth, UK was caught with more than a kilo of cannabis worth up to £4,000 ($5,310).

The badass senior citizen claimed that he was selling the cannabis to local elderly folks in need of herbal medication and considered his action a public service.
After hearing his Breaking Bad-like story, a judge for the Plymouth Crown Court decided not to send Hester to prison. His lawyer, Piers Norsworthy, told the court: “He will not be involved in this sort of thing again. He is too old for this sort of behavior”.

But it wasn’t old age alone that swayed the judge’s decision. Hester had a rather heart-wrenching story that seemed to convince the judge that he had suffered enough. Noseworthy argued his client was suffering from early signs of dementia. The 74-year-old is also the sole caregiver for his 82-year-old wife and has a daughter who was grieving the recent death of her partner.

It was this story that led the judge to pass a more lenient sentence for Hester who has a long history of arrests for similar activity.

“You are the sole carer of your partner,” The judge said in his ruling, “you have had your own health problems and there is a family tragedy you have had to bear.”

Still, the elderly salesman didn’t get away scot-free. He was fined £410 ($544) for violating the terms of his probation for a previous case as well as an additional £90 ($119) as compensation for his ‘victims’. What otherwise might have been an eight-month prison sentence was suspended in favor of two years’ probation.

In August of last year, Hester pleaded guilty to a possession charge which was also suspended in favor of probation according to local reports.  Jason Beal, the crown prosecutor, in this case, described Hester’s previous offense saying that the elderly man was caught by police in a camper after officers smelled marijuana inside.

What evidence was found

They found 630 grams of cannabis strewn throughout the camper with some out in the open and the rest hidden in overhead compartments.
Ever the entrepreneur, Hester had previously served time in 1992 for the same offense spending eight years in prison after smuggling cannabis into the country. Now, however, the grandfather insists that he will be leaving this part of his past well behind. A promise he seems to have made before. But while Hester enjoys his time in retirement, we can’t help but wonder where those kind elderly folks will get their medicine now that their provider is gone.

Get 20% off premium weed and discover the latest products, news, and deals in cannabis.
October 13, 2017 — Last Updated January 08, 2020
Written by Miroslav Tomoski