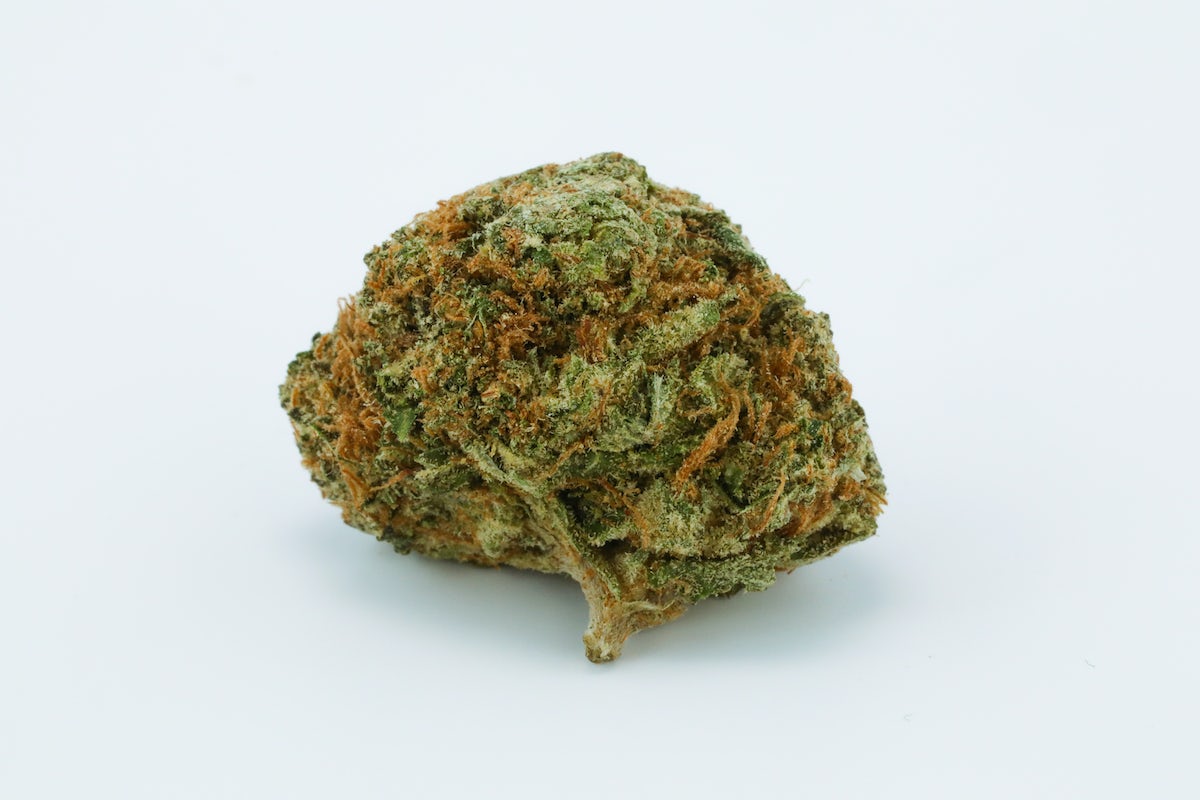 Boss OG is a niche California Hybrid cannabis, one of the many children of OG Kush from the West coast. Being that it’s a 50-50 Indica/Sativa blend, it hits consumers with a combination of a wandering mind and a tranquilized body. Some enthusiasts have reported that this marijuana is great for focused activities but can also grant an immediate and heavy sleep, which makes sense, because it’s been tested at between 23-30% THC, making it truly potent. This strain is sometimes known as Mob Boss.

This is a marijuana about which not much is known. It’s definitely a 50-50 Hybrid child of OG Kush, and it fits comfortably into the genre of Californian medicinal weed, but its breeder and its other parent plant are both mysteries.

Regardless, this weed’s effects are obvious: it’s got a heavy combination of both Sativa mentality and Indica physicality. It’s also truly powerful: Boss OG samples have measured at up to a staggering 30% THC. So, consume this cannabis carefully, or it’ll be the boss of you.

The first thing this cannabis does is give enthusiasts a trippy mental high, with thoughts tumbling sideways into one another and far away from the present moment. Depending on the sensibility of the enthusiast, this will either seem highly enjoyable or disorienting.

Following this is a big, warm, nearly narcotic body buzz, which is where the medicinal effects show themselves: pain disappears, stress disappears, and a big appetite presents itself. Some enthusiasts have reported the ability to get stuff done while high on Boss OG, but there’s couch-lock potential here as well: this is a stunning weed, in the most literal sense.

As is standard for the children of OG Kush, this is a sticky, dull green bud, with tan pistils and a thick coating of trichomes. Primarily, the smell is skunky, but not unpleasantly so: there’s a musky sweetness and earthiness there, reminiscent of fresh soil. The smoke is heavy and somewhat harsh, provoking occasional coughing fits.

While not too much is known about this herb, many reports indicate it can help boss medical marijuana patients symptoms into submission.

Get 20% off premium weed and discover the latest products, news, and deals in cannabis.
January 16, 2018 — Last Updated
Written by Dan Ophaug