Burmese Kush is an Indica-driven strain with mysterious genetics that provides a Kush body buzz combined with a slight Sativa whirr. 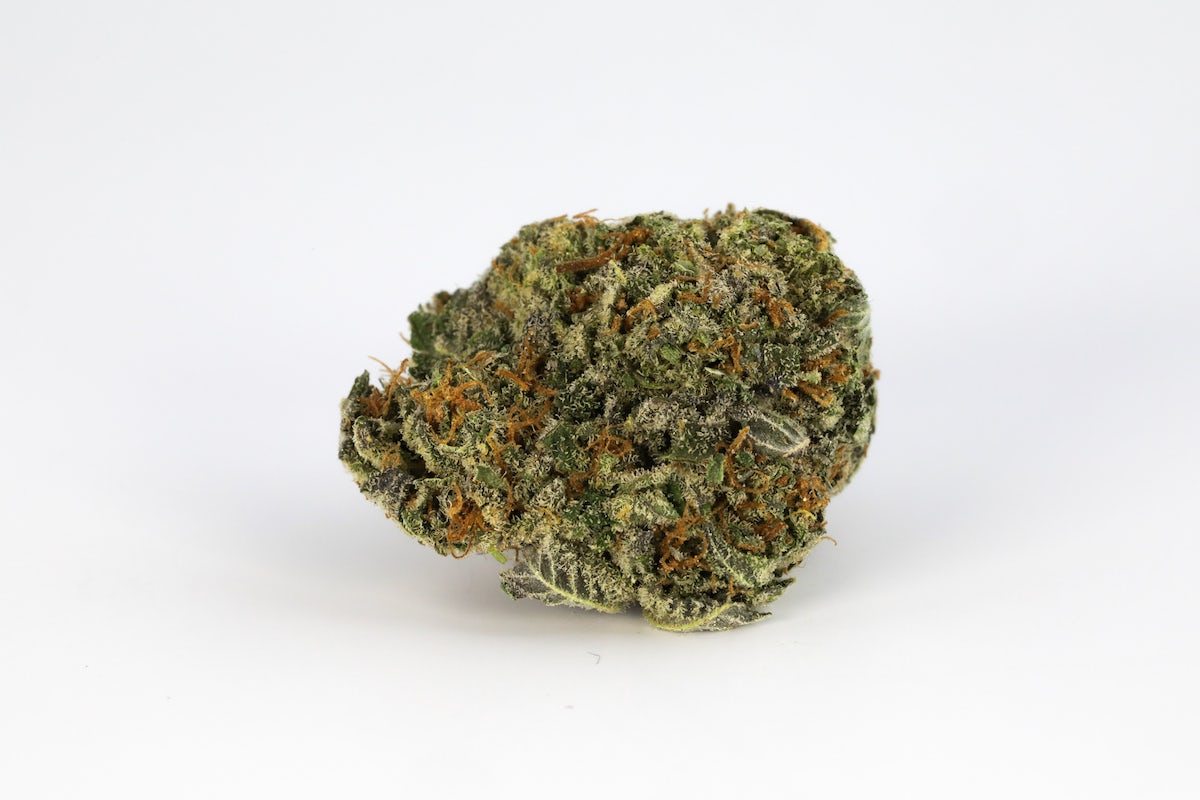 Burmese Kush is a roughly 60-40 Indica/Sativa hybrid with somewhat mysterious genetics. It’s descended from the deservedly popular OG Kush combined with an unknown Indica, apparently from Burma. Like any good Kush, it’s got a strong, medicinal body high. But in this critically acclaimed Hybrid, that’s mixed with a nice, buzzing cerebral effect as well.

Burmese Kush is one of those Hybrids that includes some mystery weed. In this case, that’s an unknown Burmese Indica, which is mixed with the famous OG Kush. That blend produces a marijuana with a typically Kush body high as well as some mental effects. It tests at 13-18% THC, which is a pleasant middle-ground that makes it suitable for both the novice smoker and the seasoned expert. Also, it’s got some critical acclaim, having placed in the High Times Top 10 Strains in 2007.

Consumers will notice that this is a “creeper” strain, which is to say that it comes on slowly. So don’t take too much of this weed before you feel the effects. Otherwise, you might take a little too much. Once it sets in, this cannabis gives the enthusiast a warm, hypnotic body high that has good medicinal potential, being that it offers a fair amount of pain relief, nausea relief, and relaxation. A lovely head high sets in as well, but it’s sort of contained by the “couch-lock” effects of this marijuana. Resultantly, you won’t necessarily get the total Sativa exhilaration. It’s more of a comfortable, easygoing experience.

This marijuana strain is widely available in shatter format, but vape cartridges are not currently in evidence.

In terms of appearance and smell, this weed has all the usual Kush characteristics. It’s dull green, covered in reddish pistils, and has a visible trichome component, along with a degree of stickiness.

The aroma is skunky and earthy, combined with a refreshing pine component and a slight musty sweetness. Unlike some Kush descendants, the smoke isn’t very harsh at all, perhaps owing to the unknown Indica that provides half of this marijuana’s genetics.

Whatever this strain’s mysterious second parent, medical marijuana patients will be happy breeders took the time to cross it with the legendary OG Kush. This herb has collected a bevy of therapeutic traits that make it a suitable remedy for a number of conditions.

Enjoy the latest and greatest from Herb, enter your email below to get exciting cannabis updates delivered to your inbox.
January 05, 2018 — Last Updated
Written by Dan Ophaug