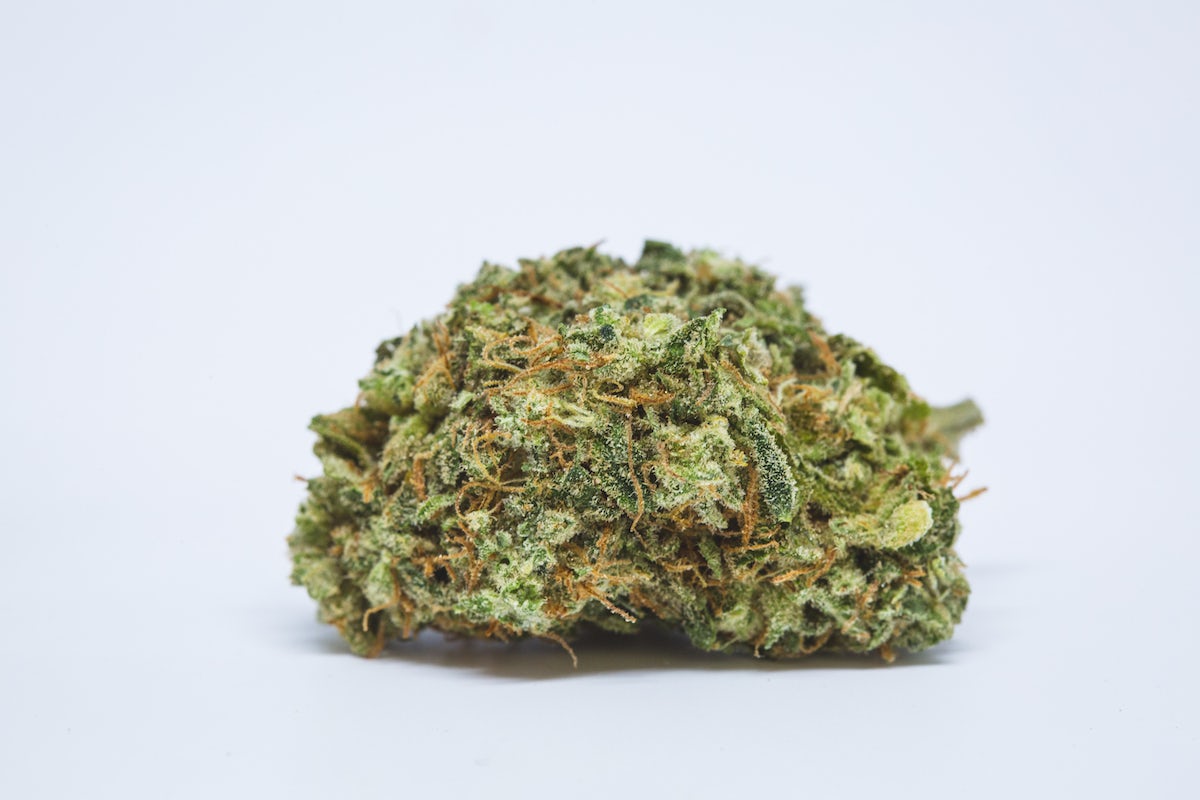 Doug’s Varin is a pure Sativa with some of the highest THCV content around. This bud produces a very strong, energetic, and cerebral high with a fast onset.

Doug’s Varin is a rare Sativa bred in California. There is a lot of interest in this strain thanks to its ability to produce high amounts of a unique cannabinoid called tetrahydrocannabivarin (THCV). THCV is a chemical with vast medical potential.

For one, early laboratory research has found that it can aid in weight loss and suppress appetite. This special molecule is also thought to have anticonvulsant effects as well as analgesic and anti-inflammatory properties.

In laboratory tests, this strain has tested at 19 percent THC and 15 percent THCV. Most strains considered high in THCV tap out at under 2 percent of the cannabinoid. Such amazing numbers make this a true stand-apart flower.

In terms of effects, this bud provides a strong cerebral, energetic high. About as stimulating as a shot of espresso, this strain promotes sensations of wakefulness. Great to use during the day, many consumers report that Doug’s Varin aids in focus and may even provide some creative inspiration.

The aroma of this bud is pleasant but not as impressive as many of the fruity, contemporary Hybrids out there these days. Doug’s Varin features an earthy fragrance with hints of sharp pine and lemon.

Marijuana connoisseurs will appreciate these frosty little nugs. Green leaves are buried underneath a knot of golden pistils and yellowish, cloudy crystals.

Bred to contain high amounts of the THCV, this strain offers a unique set of experiences and medicinal effects to marijuana patients.

Enjoy the latest and greatest from Herb, enter your email below to get exciting cannabis updates delivered to your inbox.
April 12, 2017 — Last Updated January 20, 2020
Written by Anna Wilcox