Kimbo Kush is a Hybrid marijuana strain. Named after the infamous MMA fighter, this strain will leave cannabis consumers feeling relaxed, happy and a little sleepy. 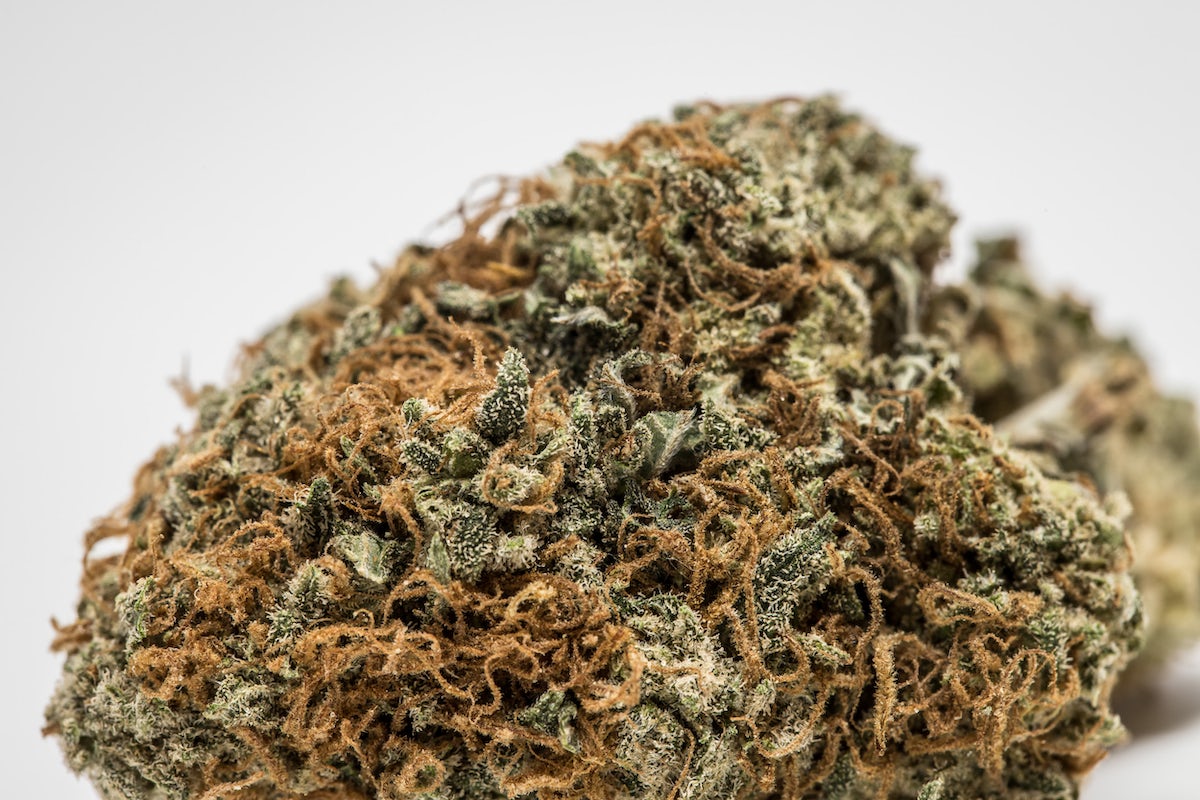 The world of cannabis is filled with tributes. From Marley’s Collie to Mr. Nice, Charlotte’s Web to Khalifa Kush, there are no shortage of strains honoring folks from all walks of life. You can add Kimbo Kush to that list. A strain named for the late fighter Kimbo Slice, this Indica-dominant Hybrid packs a punch fitting for the former star of the octagon.

Exotic Genetix crossed Blackberry Kush, a flower popular along in the Bay Area, and the knockout Indica Starfighter to create this Hybrid strain. While many marijuana enthusiasts won’t feel the strain’s effects right away, once the relaxed vibes hit they’re there to stay.

As both muscles and mood unwind, many cannabis consumers will feel compelled to simply chill out. A great strain to pair with more laidback activities like video games or listening to music, it retains enough mental clarity that most people won’t find themselves feeling overly sluggish or dumbed down. That said, perhaps save this flower for the end of the day, or a lazy, rainy weekend.

Occasionally testing as high as 28% for THC content, this potent bud took home a medal at the 2014 Seattle Cannabis cup.

The sweet, earthy aromas of the Kimbo Kush marijuana strain are just the beginning of a well-loved cannabis experience. Citrus and berry notes dance over the top of a classic OG Kush scents, pulling in both new and experienced marijuana consumers.

On the inhale, this strain is remarkably smooth. The fruitier elements of this herb don’t reveal themselves until the exhale, with those first few flavors predominantly sour and kushy.

Marijuana connoisseurs wondering how an Indica can offer them such a smooth smoke will also likely be confused by the appearance of these chunky buds. Unusually loose for an Indica, leaves can occasionally show purple streaks. A clear layer of trichomes makes this some sticky weed, keep a grinder nearby,

A run-in with the real Kimbo Slice often left people feeling a little rough, but his namesake is (thankfully) far more therapeutic.

Enjoy the latest and greatest from Herb, enter your email below to get exciting cannabis updates delivered to your inbox.
February 01, 2018 — Last Updated
Written by Dan Ophaug