hark Shock is an Indica-leaning Hybrid that frequently contains sky-high levels of CBD, making it a marijuana with potentially broad medicinal applications. 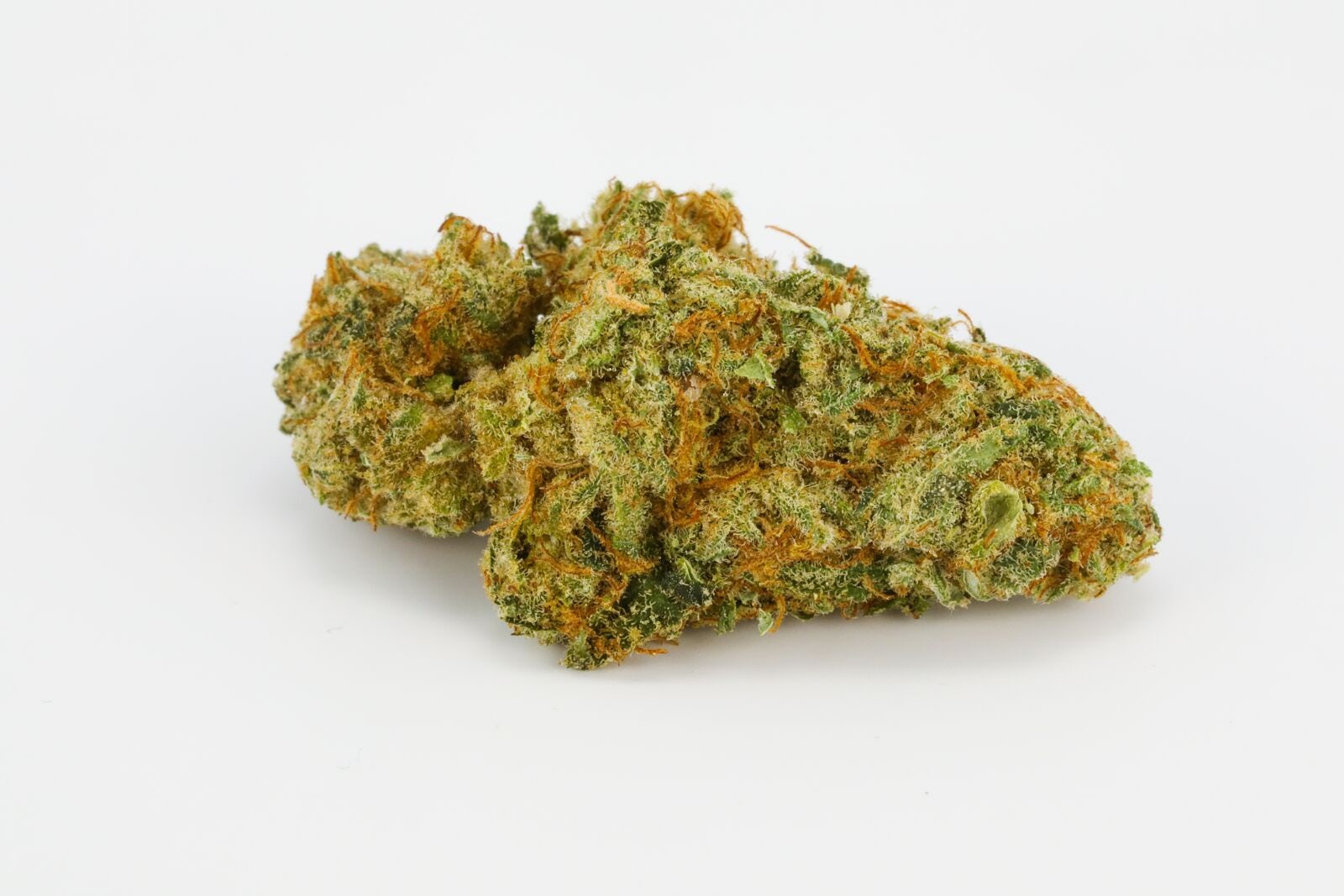 Shark Shock is an interesting indica-leaning hybrid marijuana strain bred from White Widow and Skunk #1. The thing that’s interesting is that it’s generally high in both THC and CBD. However, the amounts vary quite a bit: some uncommon batches actually have more CBD than THC. Most of the time, however, this marijuana delivers a relaxing combination of cerebral and bodily effects. The combination allows consumers to coast gently into sedation as the experience tapers off.

Shark Shock is a bit of an oddity in the cannabis world. This strain in that it’s a hybrid marijuana that can vary tremendously in chemical composition from batch to batch.

Sometimes, it’s a THC monster with a high CBD content, making it suitable cannabis for psychoactive exploration but may also handy as a medicinal strain.

On the other hand, sometimes it’s high CBD and low THC, in which case it becomes an almost exclusively medicinal cannabis. Recorded THC levels have ranged from 4-20% and CBD levels from 6-12%. Ah, the mysteries of weed.

Enthusiasts who consume a batch of this marijuana that contains noticeable THC content will experience a happy cerebral uplift shortly after inhalation. This mental high consists, essentially, of a looseness of thought. You may notice a tendency towards philosophical meandering and playfully associative contemplation.

A body buzz eventually creeps in, acting to round out the experience, adding some comfortable anesthetic properties to the intellectual stimulation. Though this weed isn’t sedative at first, as the high continues, the mental effects slowly lift away, leaving a sense of content relaxation, which often provokes a nap.

Shark Shock is a marijuana with a compelling appearance: it has knotty, tightly-bound buds with an abundance of rust-coloured pistils. As for the smell, it’s been described as refreshing but not particularly powerful.

It’s got an earthy, spicy weed skunk combined with a chemical tang and a bit of diesel. As with the smell, the taste of the smoke isn’t particularly strong, although it does have a cleansing and refreshing character.

Get 20% off premium weed and discover the latest products, news, and deals in cannabis.
March 28, 2018 — Last Updated
Written by Anna Wilcox