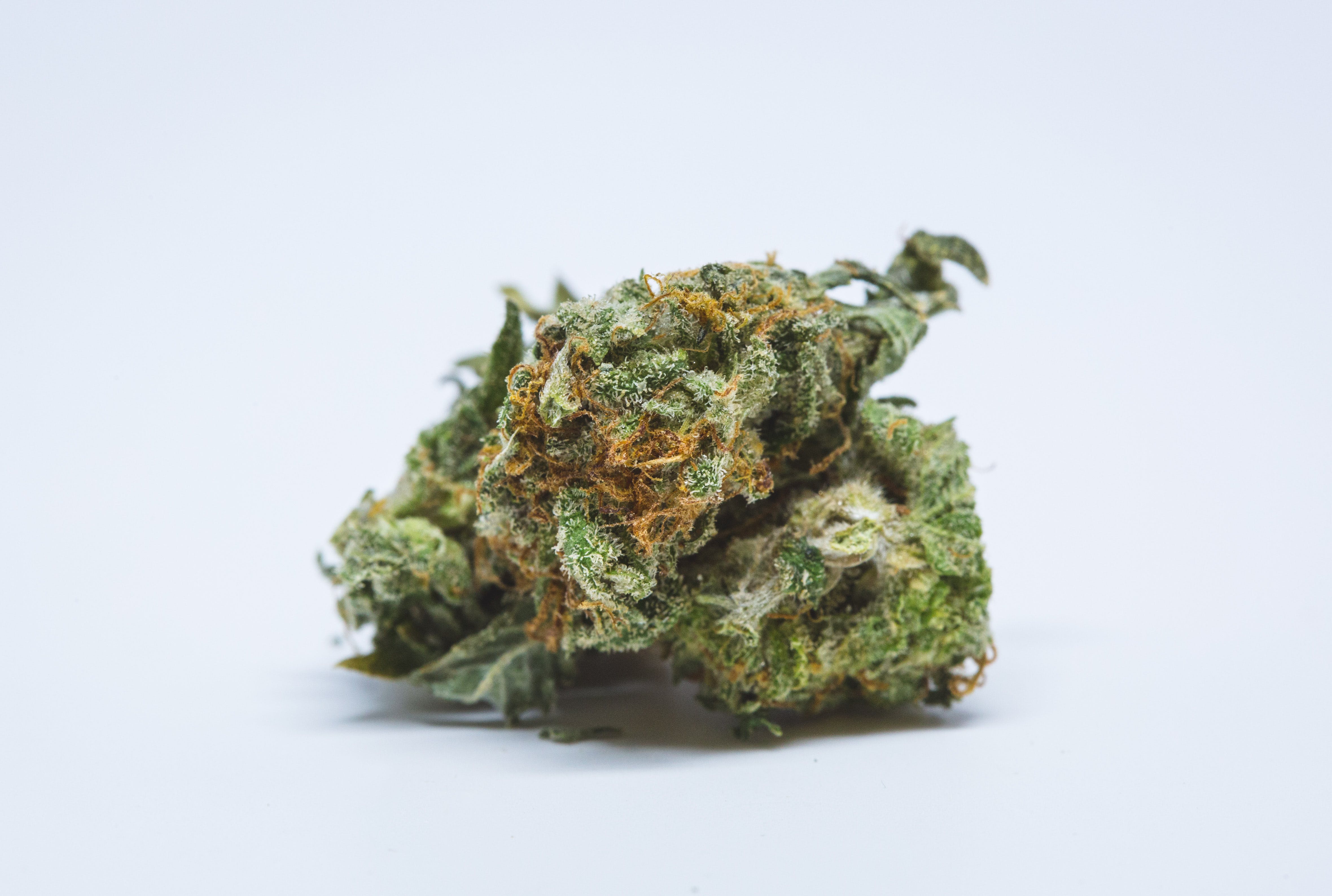 Trinity is a Sativa marijuana of almost mythical origin. Trinity has very high THC levels, leaving marijuana consumers feeling creative, energized and uplifted. Newbies will want to be careful with this strain, especially in higher quantities.

If you happen to spot some Trinity, it might be good to pick it up right quick. This is a vibrant yet mysterious sativa with a reputation for fighting the blues. Trinity is a rare, almost mythical Sativa strain rumored to have originated in Northern California. While the strain tends to promote a focused and creative experience up front, strong drowsiness may kick in once the uplifting effects of this sativa wind down. Beloved be growers and consumers alike, Trinity is a bucket list strain all around.

As a sativa, Trinity is less likely to cause sedation than an indica strain. Strains classified as sativa tend to produce less myrcene, which is an aroma molecule commonly found in plant resins. Myrcene is thought to be the culprit behind what causes the droopy-eyed drowsiness that often accompanies the cannabis high.

Most consumers report an upbeat, energetic attitude from this sweet bud. However, Trinity can also pack a serious punch. The effects of this strain tend to come on strong, providing soaring sensations of euphoria and happy, relaxed vibe. In high doses, Trinity can cause a little paranoia, which is not an uncommon trait in sativa strains.

Taking a few puffs can send you on a cerebral adventure. It’s not uncommon to find yourself lost in thought. Worries and blues tend to melt away, replaced by strong feelings of focused and pleasant energy.

A heavier, full-body effect begins to kick in as the experience winds to a close. Though this strain is energizing, the fade off from this bud may make some ready for a nice long nap. Expect some munchies to kick in as things are wrapping up as well.

Cannabis consumers who are lucky enough to get their hands on this strain are in for a treat. With THC levels reaching around 21%, it’s a very potent experience for newbies and seasoned marijuana fans alike. Due to the high THC levels, marijuana newcomers will want to exercise caution with this strain, however, especially in larger quantities.

Traits of Trinity and Trinity Seeds

The exact origins of Trinity are difficult to pin down. This sativa hybrid is thought to be a cross between at least three California strains. Though, while lineage of this plant remains a mystery, Trinity is still a strain that everyone wants to get their hands on. Considered a fast and vigorous grower, the strain is said to flower in a mere 40 days.

For such a short flowering time, this bud certainly doesn’t skimp in the potency department. Trinity often expresses between 16 and 21 percent THC, which makes this herb an appropriate choice for moderate to experienced cannabis consumers. A dream for growers and consumers alike, this bud has a reputation for strong and lasting effects.

With intense fragrances of skunk and chemical undertones, those who do manage to find Trinity won’t be able to mistake its aroma. The flavor is equally potent, with notes of pine and wood. Marijuana connoisseurs will immediately detect the sweet berry flavor of the smoke, while the pine aftertaste is unmistakable. Another hard-to-miss element is this strain’s colors. Green, orange, purple and white hues tumble over each other to create a truly unique looking weed.

Trinity is an all-around winning plant. Between the excellent taste and aroma, speedy growth, and delightful buzzy high, this strain is one for the canna-enthusiast must-try list.

While this strain is typically enjoyed for its creative boost, the potent THC levels and effects mean it has a broad range of medical applications.