Herb’s Guide to the Best Dispensaries in Montreal

Whether you live in the city or are planning a visit, here are the best dispensaries in Montreal to help you stock up. 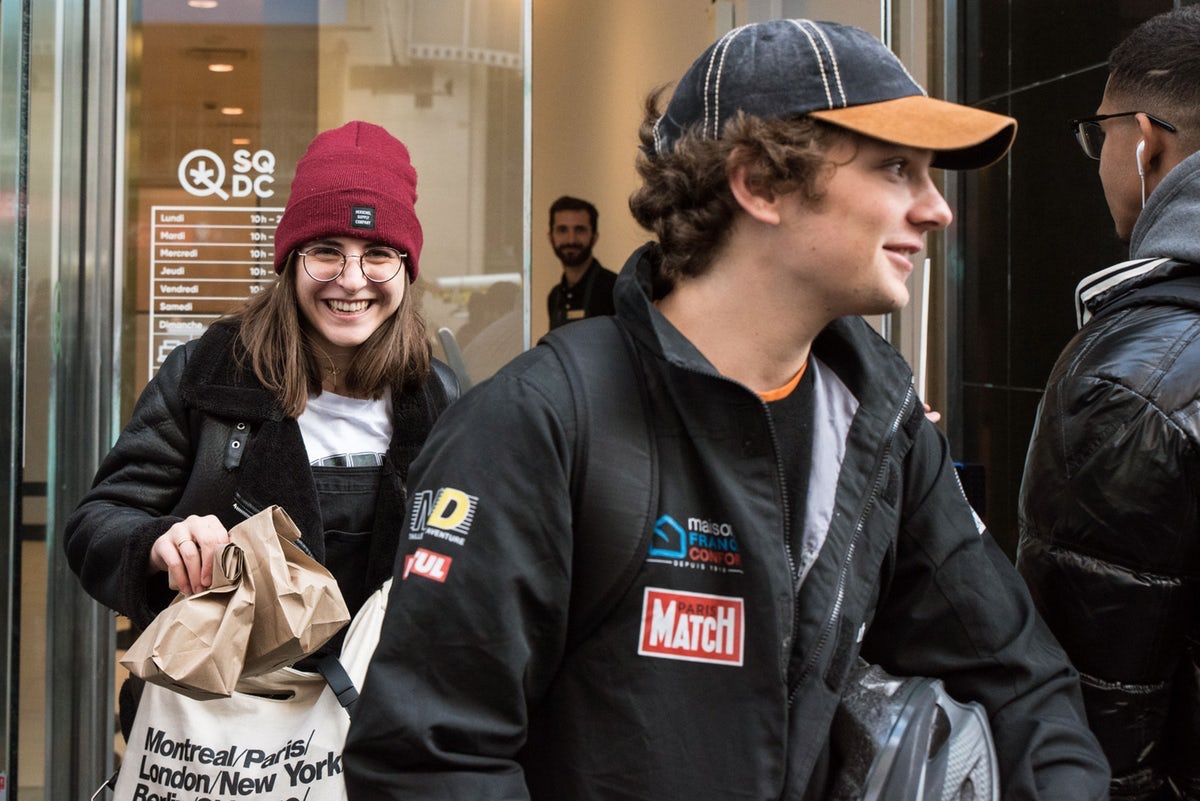 People enter a cannabis store in Montreal, Quebec on October 17, 2018. – Nearly a century of marijuana prohibition came to an end Wednesday as Canada became the first major Western nation to legalize and regulate its sale and recreational use. Scores of customers braved the cold for hours outside Tweed, a pot boutique in St John’s, Newfoundland that opened briefly at midnight, to buy their first grams of legal cannabis.In total, Statistics Canada says 5.4 million Canadians will buy cannabis from legal dispensaries in 2018 — about 15 percent of the population. Around 4.9 million already smoke. (Photo by Martin Oullet-Diotte/AFP/Getty Images)

Canadian cities like Toronto and Vancouver are known for having some of the best dispensaries in the country where you can find the best rolling papers, girl scout cookies weed, hemp wick, gorilla cookies strain and whatever you need to consume cannabis. Montreal, on the other hand, despite being a hub of progressivism, is somewhat behind. As it stands, except for the Quebec government’s subsidized chain, the best dispensaries in Montreal are exclusively medicinal.

Last June, Quebec’s government announced its plans for cannabis legalization within the French-speaking province, which included a government-subsidized business module for cannabis distribution under the Societe Quebecoise du Cannabis (SQDC). The only way to purchase recreational cannabis in the entire province is through the SQDC.

Though this was a hard hit for many industry pioneers, activists, and cannabis enthusiasts, people with a valid doctor’s prescription can still purchase medicinal cannabis from elsewhere. As it stands, there are also many delivery services currently operating within the province.

If going the legal route isn’t your thing, you can try your chances by purchasing cannabis off of one of the many cannabis enthusiasts at Montreal’s historic Tam-Tams, a weekly drum circle that happens in Parc Mont Royal every Sunday throughout the summer. If you’d rather not, check out Herb’s guide below.

The Best Dispensaries in Montreal

The Societe Quebcoise du Cannabis (SQDC) is the only business in the province of Quebec legally permitted to sell recreational cannabis. In Montreal, there are currently four locations open. It is likely that more will open across the city, assuming demand increases.

Cannabis will also be available via the SQDC’s online ordering platform. If you’re running low, you might want to avoid long lines and disappointment by ordering ahead on their official website.

The Montreal Compassion Center is one of the longest-running and best dispensaries in Montreal. In addition to serving as a dispensary, it prides itself on offering reliable information to help patients figure out how to incorporate cannabis into their lives. Actively open since 1999, the Montreal Compassion Center has placed itself among the most resilient medicinal cannabis practices in the city, helping people ditch pills for pot for almost twenty years.

Weedoo is a favorite for Montreal residents who are medicinal cannabis cardholders. As one of the best dispensaries in Montreal, Weedoo carries a wide variety of strains and tinctures. If you plan on visiting Weedoo, be sure you give them a heads up and double check to make sure that they have your favorite strain, too.

CMCA is another dispensary commonly hailed as one of the best dispensaries in Montreal. The location of this medical cannabis dispensary is a few minutes away from Concordia University, making it easily accessible by subway. No matter where you are in the city, flowers, oils, and edibles are only a few subway stops away.

August 12, 2019 — Last Updated September 12, 2019
Written by Zack Fenech
Save for later
Start saving articles by clicking the heart icon and you'll find them again in your profile page.

Get 20% off premium weed and discover the latest products, news, and deals in cannabis.
August 12, 2019 — Last Updated September 12, 2019
Written by Zack Fenech