Joint vs Blunt vs Spliff: Everything You Need To Know About Them

Everything there is to know on the difference. 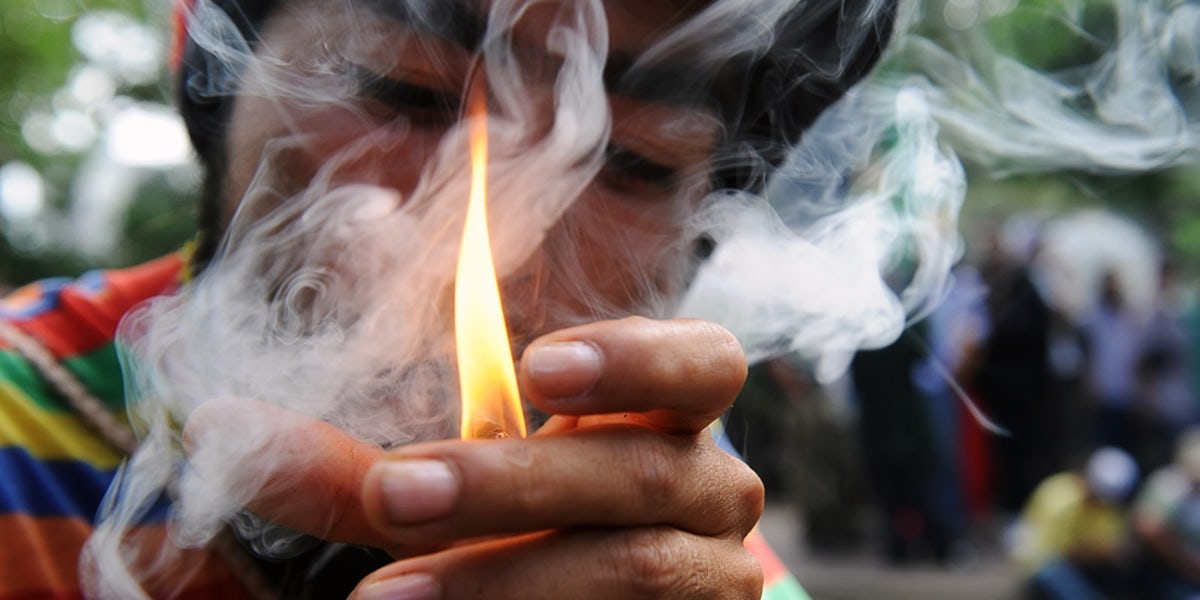 Joint vs Blunt vs Spliff: Everything You Need To Know

Joints, blunts and spliffs all have different bodily and cerebral effects when you smoke them, but what makes these things different from each other, anyway? Essentially, if a joint is the classic way to consume cannabis then blunts are the cigars and spliffs add a little tobacco to a classic joint. One of the most obvious differences between a joint and a blunt is that a blunt is marijuana wrapped in a tobacco leaf, similar to how a cigar would be, while a spliff is packed with a mixture of cannabis and tobacco.

The Differences Between Rolling A Joint vs Blunt vs Spliff

In the joint vs blunt vs spliff debate, it’s all about what you’re using to roll.

Depending on how big you want to go, a joint can usually fit anywhere between a quarter of a gram and even up to an eighth of an ounce if you’re truly ambitious. The joint is often rolled with a single paper, which often come in long and short varieties.

These papers are referred to as “rolling papers” and they’re often made out of hemp, flax, rice, or other non-wood substances like sisal and esparto. Everyone has their own preference when it comes to papers, but going organic is always a good choice for those who aren’t fond of inhaling paper smoke.

Whatever brand you choose, regular rolling papers have one purpose: to burn, pulling well enough for the marijuana inside to be smoked without interruption. It tends to be about 3 inches long and translucent. You can buy paper out of rice or hemp. Some high-end cultivators will even sell their bud with rolling papers that have precut filters so you don’t have to make one. Two of the most popular go-to brands for joint papers are still RAW 402 and Zig-Zag.

The true test of a good joint is how well it burns. You want to make sure that it burns evenly around, otherwise, you end up with a “canoe” where one side of the joint burns while a thin strip of paper remains on the other.

If haven’t quite learned how to roll, you can pick up very inexpensive joint rollers in any headshop and in most dispensaries. For those who find rolling challenging, there are also “cones”, which are partially constructed joints that you fill with flower. To finish off the joint, you just have to twist close the opening at the end.

Blunt papers are thicker, heftier and have more character. They also typically add their own hints of flavor. There’s a lot of cheap convenience store cigars and cigarillos out in the world that aren’t being smoked as intended. “Swisher Sweets,” says the mock-spokesman. “There’s just something about ‘em.” Empty out one of those cigars, refill it with marijuana and you have yourself a blunt.

But savaging a tobacco product isn’t the only way to roll a blunt these days. Many head shops around the world will have wraps designed explicitly for blunts, including textures and flavors that would make you pretty corny for trying to blend with a traditional cigar/cigarillo. Dutch Masters are a great option. They come in flavors like honey and green leaf.

If you’re wondering what to do with that left over tobacco you just unwrapped, you could use it to roll a spliff. Spliffs mean different things in different regions. If you’re Jamaica, a spliff is the same as a joint. But, in the United States and Europe, a spliff is a combination of marijuana and tobacco. In Europe, it’s more uncommon to smoke cannabis alone. In the United States, smoking joints are a bit more common among weed smokers.

The Differences Between Smoking A Joint vs Blunt vs Spliff

Joints are arguably the most classic way to light up. If you’re averse to tobacco, they’re the way to go. Also, if you’re enthusiastic about trying weed strains (learn more on our post about what is sativa) or tasting your high-quality flower, then joints will allow you to do that without the flavored paper getting in the way.

Some people find joints easier to roll too. The papers often come ready in an easy to store package and if you mess up, they’re sold in bulk so you’ll have more. If you’re rolling a blunt by dumping out a cigar and then refilling it, it definitely takes more time and space than a joint, plus when the joint is rolled and ready, it’s more compact and easier to store.

When you’re smoking a blunt, you’re not only smoking marijuana but you’re also smoking tobacco. That means you’re getting the effects of the tobacco and the marijuana combined, even if they’re subtle. This doesn’t make you more “high,” but it can feel that way. When comparing blunts vs joints, some swear by the added jolt of energy from the tobacco in a blunt.

But let’s be clear: tobacco isn’t the only reason to smoke blunts vs joints. ‘Batching’ can happen with all kinds of smoking methods. You can batch a joint, turning it into a spliff. If you enjoy tobacco, one of the nice things about spliffs is that they cut down the smell of the marijuana. Not a whole lot, but the strong tobacco scent does add a layer of discretion to your smoking habit. The high from a spliff is also much more mild. Though it’s entirely up to you how much weed vs. how much tobacco you put in, the tobacco softens the marijuana smoking experience. You’ll be left feeling calm, but more functional than you would if you had smoked a pure cannabis joint.

When you pack some marijuana into a paper with tobacco and smoke it through a bong, you are performing a ‘popper,’ a Southern Ontario favorite. It is pretty common to batch blunts as well, but they aren’t a requirement. With or without tobacco mixed in, if it’s wrapped in a tobacco leaf, you are smoking a blunt.

Most people enjoy blunts because of the smoking experience rather than the high itself. For many, it’s about the taste. You can experiment with how different strains mix with different flavored tobacco papers. Or if you’re smoking some schwag, the tobacco paper can help cover the taste of your bud altogether.

Cigar wraps are still made with tobacco, however. So, if you’re against nicotine, a blunt is probably not the best choice for you. Because they’re mostly cannabis, you’ll feel a significant marijuana high. But, you’ll also still get quite a bit of the mellow head-rush effects that you would with a spliff since you’re still smoking a tobacco leaf.

One of the main benefits of blunts is that tobacco leaves are commonly larger and tougher so they tend to hold more marijuana. The average joint might hold a gram of weed whereas a blunt can pack two to three grams. Some people like their blunts thin like a straw, while other people pack them real thick like the width of a cigar. They also tend to burn slower than joints. This means a blunt can make a few more rounds around the circle, or you can Bogart the whole damn thing like a king at the table.

Joints, blunts, and spliffs all have their share of advantages and disadvantages. When deciding between which one you’d like the best, it’s important to know that you’re going to feel different sensations with each one of them. These experiences range from a complete psychoactive experience with a strictly-marijuana joint, to a calm yet blissed-out experience of smoking a blunt.

August 12, 2019 — Last Updated August 21, 2020
Written by Herb
Save for later
Start saving articles by clicking the heart icon and you'll find them again in your profile page.