No Pipe? No Paper? No Problem: Here’s How To Make An Apple Pipe

Here’s how to make an apple pipe for a classic pipe in a pinch. 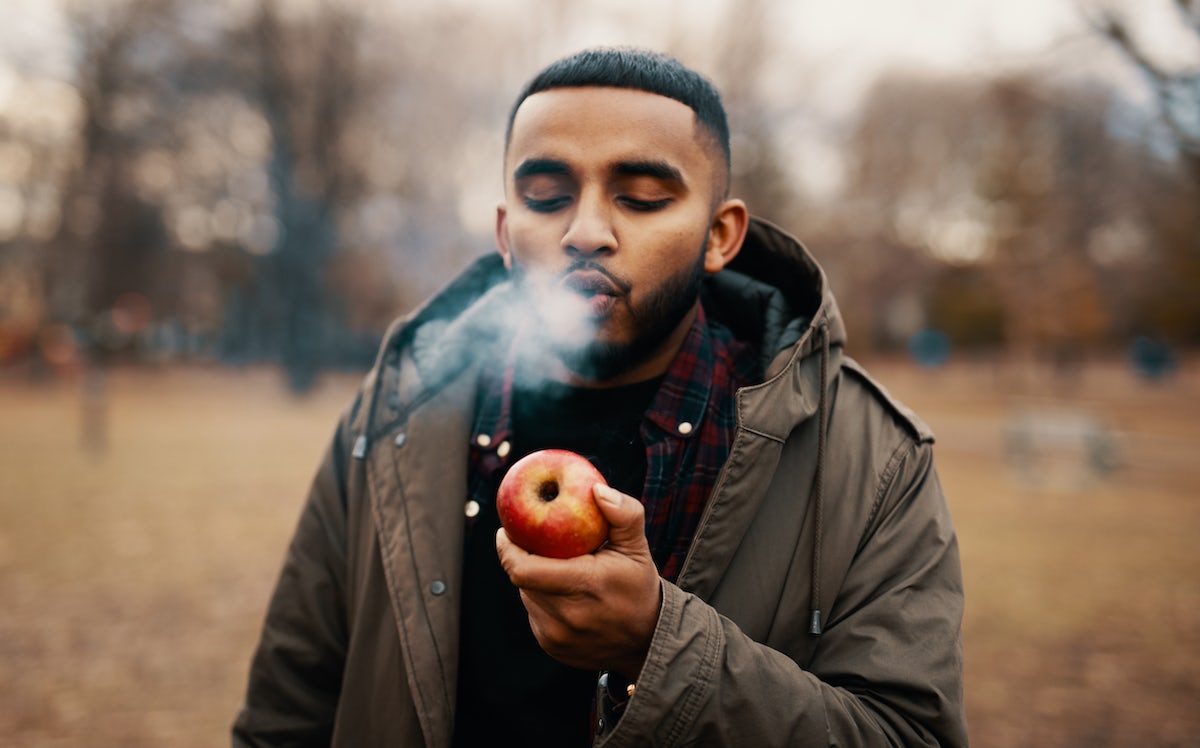 If you are not subscribed to a monthly box plan like buddabox to get every month a pipe or you don’t know how to make a bong with the things you can find in your house, we can teach you how to make an old classic—the apple pipe. You’ve seen the apple pipe everywhere comic books to movies. However, not everyone has smoked out of an apple pipe, and not everyone knows how to properly make one.

As you can probably imagine, crafting an apple pipe is extremely easy. In this tutorial, you’ll see that all you really need is an apple, a toothpick, a pen, and some cannabis. This is far healthier and safer than homemade smoking items, such as smoking from a can.

The apple pipe is extremely effective and easy, and can be a great pipe for on-the-go. Just follow these simple instructions.

1. Remove the stem in the top of the apple. This hollowed apple top will act as a bowl. Don’t put tinfoil in it. Just take your toothpick, and poke it straight down the centre of the hole where the stem used to be. Then, using the toothpick, poke about four to eight deep holes around the outside of the main toothpick-hole. These holes on the inside walls of the “bowl where the stem used to be will allow the smoke to more easily pull through the apple.

2. Empty out your pen so that all you have left is a hollow cylinder. Shove the empty pen cylinder into the side of the apple, so that it creates a long cylindrical tunnel that intersects with the vertical toothpick hole you created coming down from the top of the apple. While the pen is inside the apple, spin it around two or three times, then pull it out. You should notice that the empty pen is now filled with the innards of the apple, and the apple now has a clean cylindrical hole in it.

3. You can now remove the apple innards out of the empty pen, and stick the empty pen back in the hole. This can be used as the part you put to your lips when smoking the apply pipe. This may help distance your face from the lighter so you don’t get burned. However, you can also put your lips directly onto the hole in the apple and just smoke from there. This is more natural and eliminates any possibility of inhaling plastic fumes. In the end, whether you use the pen or not is a personal preference.

4. Fill the top of the apple—the “bowl” where the stem used to be—with cannabis of whatever strain (gorilla cookies, skywalker og, etcetera). Put your lips to the other hole on the side (or the pen, if you’ve chosen to use it). Light the cannabis and inhale.