Now Reading:Learn | How Changing Your Vaporizer Temperature Affects Your High

Next:Learn | See The Superior Functions Of The Linx Gaia Vaporizer 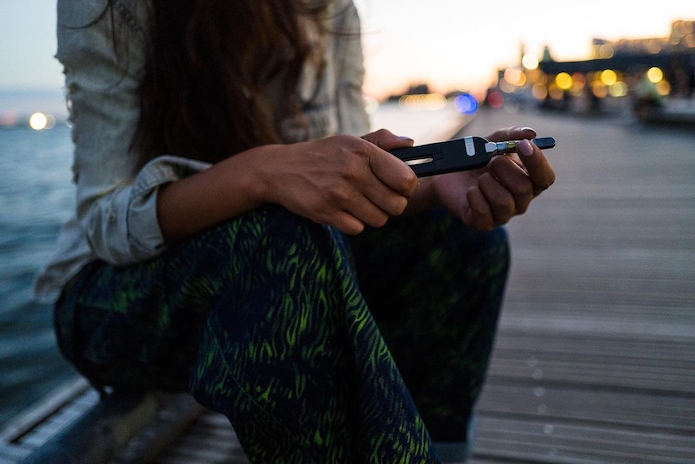 How Changing Your Vaporizer Temperature Affects Your High

Did you know that changing your vaporizer temp can change your high? Here’s how to customize your vape experience and get the most out of your bud. Created with TOQi.

Changing the temperature of your vaporizer is sort of like the difference between gentle steam and a roaring boil. Unlike smoking, which sets plant matter ablaze, vaporization warms cannabis bud gently.

As you scale temperature up and down, you actually change the quality of your high. That’s why it’s vital that you get a vaporizer with proper temperature control, like the revolutionary TOQi 510 wireless vaporizer, so you can control your high and your cannabinoid intake. 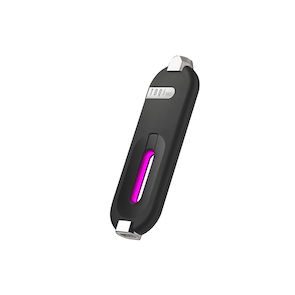 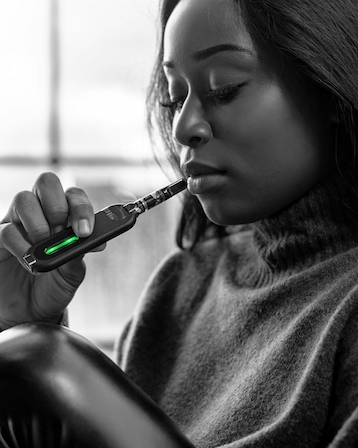 Herb vaporizers heat flower just to the point that trichomes begin to melt, transforming the sticky fats from their solid form to vapor steam.

Trichomes are the resin glands of the cannabis plant. These glands sit on the surface of the plant material and are most concentrated in the female cannabis flower. Trichomes are where the primary medicinal and psychoactive compounds in the herb reside.

Cannabis resin not only contains cannabinoids like tetrahydrocannabinol (THC), the chemical that causes the “high,” but beneficial aroma molecules called terpenes as well.

In fact, the cannabis plant contains over 400 different chemical compounds, all with unique properties and boiling points. 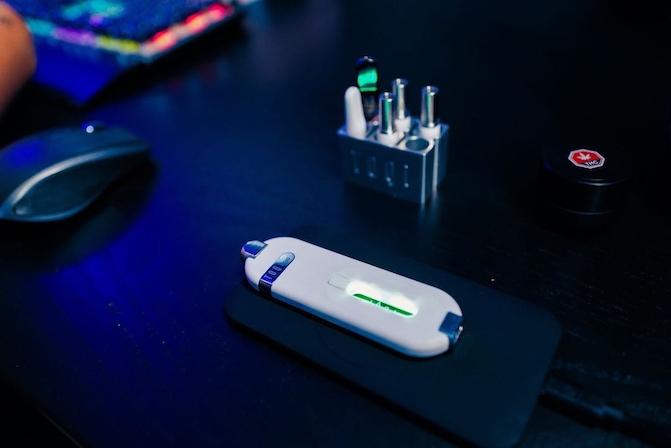 There are a couple of ways changing your vaporizer temperature affects your high. At lower temperatures (290 to 330°F), your vaporizer will just begin to gently melt trichomes and release a vapor that may not be visible to the naked eye. This is equivalent to a gentle steam, giving you a small amount of cannabinoid and terpenoid therapy.

At the highest temperatures (up to 445°F), a vaporizer will quickly melt trichomes and release a lot of THC and other molecules. This will deliver a more impactful and intense high and produce a visible vapor. Anything above 445°F will risk combustion, which means you’ll get some smoke from burning plant material.

In general, here are the boiling points of some of the most common cannabis compounds:

You might notice that the boiling points for THC-A (raw cannabis) and THC are different. THC-A begins to boil at a lower temperature, but complete decarboxylation can occur at a higher temperature.

This is one reason why high-temperature vaporizers produce a more potent response. If you’re hoping to keep it light, stick to a lower temperature.

The TOQi 510 wireless vaporizer comes with three power settings, each one designed to deliver a unique experience with just three clicks.

Low-temp vaporization is known to cause a more mild, relaxed feeling. At this temperature range, the experience will be less sedative, and you’ll likely experience more pine and peppery flavors.

Both THC and CBD will be expressed at this range, but it’s unlikely that you’ll experience a powerful high. This temperature range is excellent for maintaining focus, improving mood, and relieving mild stresses and anxieties.

With the TOQi’s low power setting, you’ll get the maximum flavor from your vapor as it fully activates the terpenes on your concentrate. This is the setting you want for more therapeutic effects.

This temperature range will provide a distinct psychoactive experience. This is the most recommended range for regular cannabis consumers with an adequate tolerance.

At this range, most terpenes and cannabinoids will be expressed. This is great for those seeking a distinct “high” that won’t leave you entirely glued to the couch or too zippy. This is an ideal temperature for a social gathering.

This range is where consumers will experience an intense euphoric high, powerful pain relief, and some definite sedation with the right strains. This temperature is recommended for strains high in THCV, which has a much higher boiling point than THC or CBD.

This temperature range will provide the classic cannabis “high” that many recreational consumers prefer.

If you’re a fan of dense clouds or maximum CBD activation, then the TOQi’s highest temperature setting is for you. 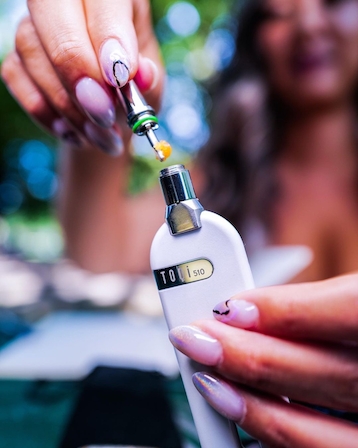 If you’re in the market for a new vaporizer, the TOQi 510 vaporizer is an excellent option. Built to always be ready when you need it, the TOQi 510 wireless vaporizer is the first 510 thread compatible battery with Qi-compatible wireless charging giving you the easiest recharging experience possible.

With its three power settings, you’ll have total control over your high and get just want you need from the experience. From terpene-powered relaxation all the way to thick clouds and total cannabinoid activation, the TOQi is what you need.

It comes with a built-in USB-C port, you never have to worry about losing a custom charging plug again. With its fast adaptive charging, the TOQi 510 charges twice as fast as its competitors and has a battery almost twice as big for its class.