How much do you know about THCV? Research suggests that this cannabis molecule may help with weight loss, diabetes, and Parkinson’s Disease. 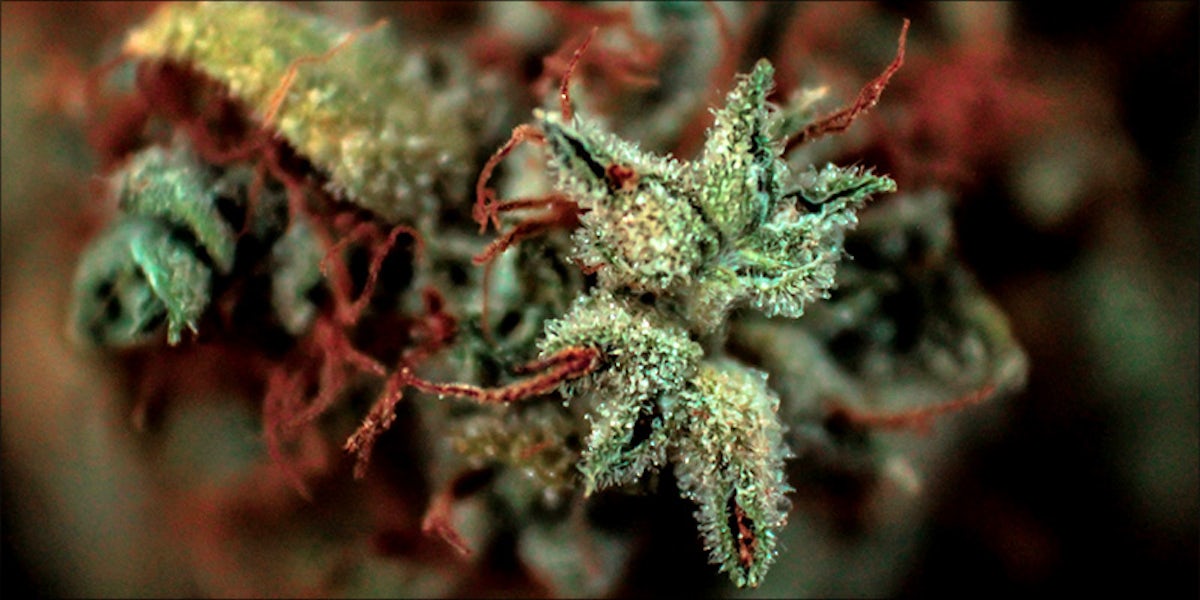 Over the past decade, cannabis research has really taken off. Recently, one particular cannabis compound is gaining a lot of attention. Tetrahydrocannabivarin (THCV) is one of the most common chemicals found in the plant, yet researchers have only just begun to discover the vast medical potential this cannabinoid holds. Here’s what you need to know about THCV, the weight management molecule.

What is tetrahydrocannabivarin (THCV)?

The cannabis plant produces over 400 different phytochemicals. Unfortunately, research on each and every one of these compounds is scant. While many of these chemicals are also found in other plants, around 100 are special molecules called cannabinoids.

Cannabinoids are thought to be unique to cannabis, though recent research suggests that other plants may produce similar molecules.

THCV is one of these cannabinoids. A relative of the more famous mind-bending tetrahydrocannabinol (THC), THCV is thought to have some psychoactive potential. Research has shown that in low doses, THCV may reduce the psychoactivity of THC.

In high doses, however, it seems to connect to the same locations in the brain and body as traditional THC. Though, more research is needed to clear up these associations.

In early tests, THCV has shown about 25 percent the potency of THC. Though more research is needed, it is thought that THCV may be part of what gives strains classified as sativas when studying the two types of weed because of their quick onset and energizing mental high. So, if you want sativas strains you can get Haze Strains or Sour Diesel, but remember that you won’t find THCV effects on indicas like Girl Scout Cookies weed or Blueberry Weed.

THCV has been of much interest to the research community. Like many other compounds in the cannabis plant, this unique chemical has shown promising medical benefit in early laboratory experiments and small trials.

Already, at least one pharmaceutical company has developed strains for THCV production. However, these plants are not readily available to the public.

There are many reasons why THCV is a hot topic in cannabis research. Similar to other cannabis compounds, THCV has show potential as an:

However, those aren’t the only reasons why professionals are hot to experiment with THCV. Here are four reasons why researchers need to study THCV:

There is some evidence from animal trials that pure THCV is an appetite suppressant and may reduce food intake. In a 2007 study presented at the IACM 4th Conference on Cannabinoids in Medicine, researchers found that mice treated with THCV alone spent less time around their food and did not eat as much as other rats.

When THCV is combined with THC, however, rodents did not experience weight loss and did not show a reduction in appetite. Research on other cannabinoids, including cannabidiol (CBD), has shown that some nonpsychoactive cannabinoids may decrease appetite.

This promising research suggests that both CBD and THCV may help curb the munchies and promote weight loss.

In phase 2 clinical trials of 62 patients, researchers at GW Pharmaceuticals tested the effects of CBD and THCV in patients with type 2 diabetes. The trials tested 100mg of CBD and 5mg of THCV. The researchers looked at these compounds alone as well as in a 20:1 ratio.

Similar effects have been found in mice. Back in 2008, a study published in the journal Nutrition  & Diabetes found that while THCV treatment did not seem to curb food intake or body weight gain in genetically obese mice, the cannabinoid did make the mice more sensitive to insulin and had a dose-dependant response on glucose intolerance.

A dose-dependent response is a good sign that THCV is what that inspired these changes.

Several different compounds in the cannabis plant have shown powerful effects against seizure and epileptic convulsions. The two most common cannabis compounds for epilepsy are CBD and THC. Now, early research shows that THCV has anti-convulsant properties as well.

In rodent models, THCV has successfully quelled seizure activity. Researchers think that this is because of the way THCV engages the nervous system. Similar to psychoactive THC, THCV binds to special cell receptors (the CB1 and CB2 receptor) that may play a role in managing excessive excitement in the brain. An overly excited brain contributes to epilepsy.

As mentioned above, THCV can block certain cell receptors that are targeted by THC. In certain doses, THCV decreases the activation of the CB1 receptor. The CB1 receptor is a location on the surface of a cell that contributes to the psychoactive effects of cannabis.

According to this rodent study, they were right. Treating rats with THCV improved motor control. It also seemed to delay the progression of Parkinson’s Disease.

After repeated doses, the cannabinoid also seemed to prevent the death of key brain cells. Parkinson’s symptoms present when these brain cells die off.

The cannabinoid is most abundant in strains from central and south Africa. These strains come from tropical and subtropical climates, perhaps indicating that the expression of THCV is an environmental adaptation. Many strains native to this region have spread to other areas of the world, including Latin America.

Most strains considered high in THCV barely top 2 percent of the cannabinoid. However, there are a few strains that have been bred to produce as much as 15 percent THCV.

The unfortunate thing is that they are extremely difficult to find. Here are four strains considered high in THCV: