Cineole: The Memory-Enhancing Terpene That Could Cure Alzheimer’s

Because of its ability to improve memory, many researchers are optimistic that cineole may be an effective treatment – or cure – for Alzheimer’s disease. 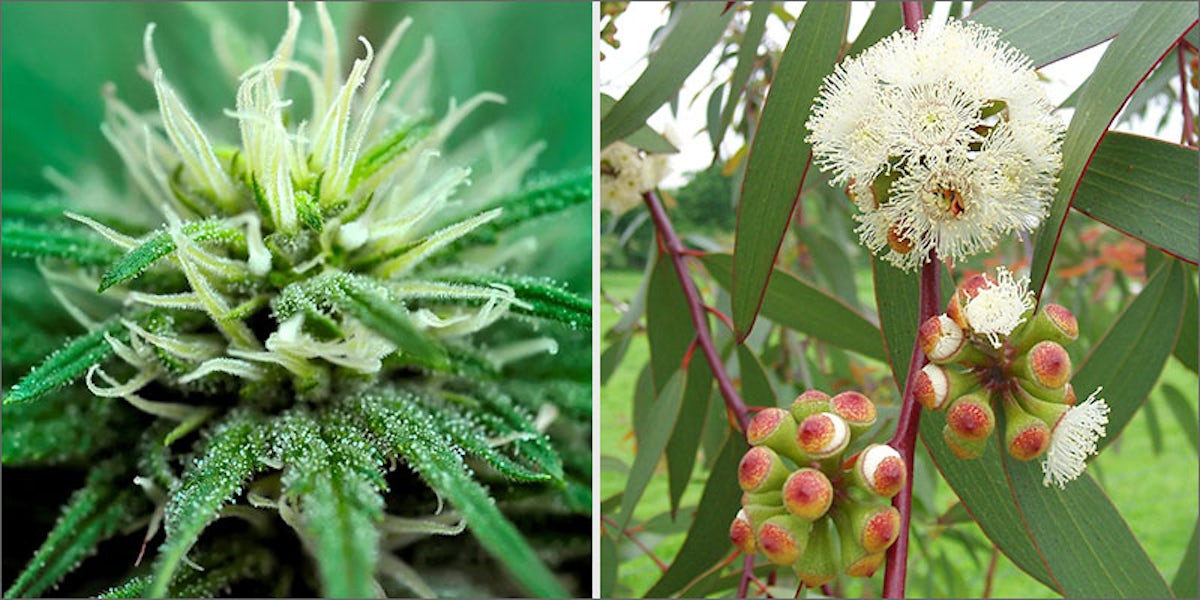 It’s no wonder that so many cannabis consumers are confused by the chemicals in their herb. With more than 111 cannabinoids and 200 terpenes possible in a particular strain of cannabis, the medical science of the plant can be perplexing. Fear not. Cineole (also sometimes called eucalyptol), a cerebrally stimulating terpene that conveys the aroma of fresh eucalyptus and mint.

Terpenes are most noted for the infamous aroma they lend to cannabis. However, their true evolutionary purpose is as a defense mechanism against insects and animals. Such predators find the smell and taste of terpenes to be repulsive, saving the precious flowers of this herb from peril (and allowing them to reproduce).

In addition to its presence in some strains of cannabis, the terpene cineole is also found in rosemary and eucalyptus. Historically, this terpene has been used as a topical and applied to the skin and gums.

Because of its ability to improve memory, many researchers are optimistic that cineole may be part of an effective treatment – or even a cure – for Alzheimer’s disease.

When applied topically, cineole has been shown to increase circulation and reduce pain and swelling (it is a powerful anti-inflammatory). This is of obvious value to seniors and those who suffer from diseases like arthritis.

Researchers also believe that this special terpene helps cannabinoids (which themselves have significant medical efficacy) cross the blood/brain barrier, making them more readily available and increasing their potency.

In addition, cineole has been found to be an antioxidant and anti-bacterial agent. If that wasn’t enough, it has also been shown to effectively treat colon cancer.

Like other terpenes, cineole is a jack of many trades and effective in treating a wide range of diseases and conditions involving cognitive learning, memory, inflammation, and bacterial infections. Cineole has also been found to help patients suffering leukemia.

When present in significant enough quantities in a particular strain of cannabis, cineole can uplift users and increase mental and physical energy. Along with myrcene, the levels of cineole may be responsible for whether a strain of pot is considered indica or sativa.

The studies on cineole

According to the Natural Health Research Institute, cineole has been proven to improve memory and cognitive learning. The Institute conducted research that revealed,

[the] rosemary aroma from the essential oil improved cognitive learning and decreased the amount of time to answer questions correctly.

A positive correlation was observed between the number of correct answers in cognitive learning measures and the levels of cineole in the blood.

Based on the antioxidative and anti-inflammatory properties, recent clinical trials with cineole have shown first evidence for the beneficial use of cineole as long-term therapy…to improve asthma control.

A 2009 study published in the journal Respiratory Research found cineole to be effective in treating chronic obstructive pulmonary disease (COPD). The terpene was found to,

…reduce the exacerbation rate and show benefits on pulmonary function tests, as well as quality of life in patients with COPD.

Enjoy the latest and greatest from Herb, enter your email below to get exciting cannabis updates delivered to your inbox.
April 03, 2017 — Last Updated November 27, 2019
Written by Gooey Rabinski