How Cannabis Affects Your Memory

The link between weed and memory is complex. This research shows important findings regarding marijuana’s effect on your ability to remember (and forget!). 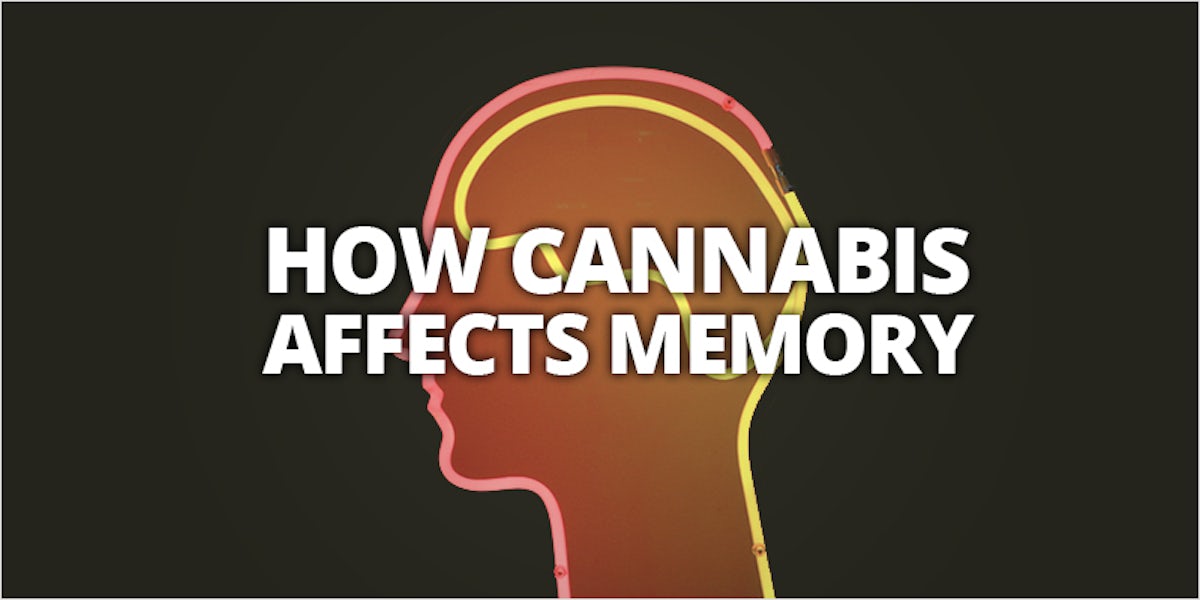 Do you often lose things after you smoke or vape? What about forget words or phrases shortly after you hear them? Turns out, marijuana may be partly responsible. The relationship between cannabis and memory is a complicated one. Fortunately, recent research highlights some interesting findings regarding marijuana’s effect on your ability to remember (and forget!).

How Does Weed Affect Memory?

Human memory is a complex beast. For starters, there are several different types of memory. In the short run, we remember basic facts and take mental notes of things we need to put into immediate use. In the long run, some of these mental notes are transformed into larger, experiential memories about events. Scientists and experts have yet to figure out just how marijuana use affects our various forms of memory. But, luckily, there is a quite a bit of research that highlights just how this herb may impact our ability to remember or forget things over time.

Marijuana’s impact on short-term memory is perhaps the most well-known side effect of consuming the plant. Immediately upon smoking, your mind slows down and things like memory and attention become a little tricky. However, marijuana’s effect on short-term memory is quite different from other substances like alcohol. If you smoke a little too much,  you won’t find yourself blacked out or experience complete amnesia afterward.

Here’s how weed can affect your memory right after you smoke it:

Working memory is the short-term memory we need to learn new things. For example, if you’re trying to learn something new in a classroom, working memory helps you keep track of the facts while also applying them to your new studies at the same time. It helps us build connections between what we’ve just learned and helps us put those facts to use. Working memory is your ability to hold a train of thought and process it.

As you’re probably already aware, when you’re high working memory is impaired. In a 2004 study, researchers from the San Francisco Brain Research Institute and SAM Technology tested the working memory in ten adults right after they smoked some marijuana. They then gave them what is known as a spatial N-back test. In this test, participants are asked to signify when a certain image or symbol matches one that has been shown a certain number of steps earlier.

The result? The post-marijuana responses were slower and less accurate than when participants were given a placebo. In the long run, however, other studies have shown that cannabis doesn’t affect the overall function of your working memory. Rather, it just lags behind while you’re high.

Lesson learned? If you want to study a new language or win a matching competition, it’s probably best that you’re not stoned while you practice.

More than anything, marijuana impacts spatial memory. Spatial memory refers to your ability to remember details about the environment around you. When you’re high, you’re likely to forget where you left your keys or the path you took to happy hour. If you’re walking around a new place, you’re less likely to notice and remember details of what you passed by.

In 2014, researchers from Germany’s University of Bonn treated zebrafish with THC to see how well they could remember details about their environment. The study found that fish had drastic decreases in spatial memory. These findings are similar to results reported in earlier studies. Back in the 1990s, scientists tested the working and spatial memory in mice treated with THC and other synthetic cannabinoids. When placed in a maze, the THC-treated mice, unfortunately, didn’t manage to find their way around very well.

Weed’s long-term impact on the brain is one the go-to arguments for opponents to legalization. But, we still really don’t know for sure just what the long term implications are and what they’re worth in terms of our overall health. On thing is certain: marijuana won’t completely wipe your memory in the long run. This is especially true if you prefer strains high in CBD.

In some instances, marijuana may actually preserve your memory. Back in 2008, a team of researchers at Ohio State University found that low doses of a synthetic molecule similar to THC reduced inflammation in the brain and helped prevent memory-related diseases like Alzheimer’s. Study co-author Yannick Marchalant explains:

When we’re young, we reproduce neurons and our memory works fine. When we age, the process slows down, so we have a decrease in new cell formation in normal aging. You need those cells to come back and help form new memories, and we found that this THC-like agent can influence creation of those cells.

Umm… What did you just say? A study published this year found that long-term marijuana smokers have a poorer verbal memory than non-smokers. Researchers tested verbal memory by giving both groups lists of words and seeing how many they could remember. They found that on average, one out of every two cannabis users could recall one less word than their non-consuming counterparts.

After following a group of 3,300 individuals for 25 years, the study found that participants lost around one word for every five years that they smoked. However, if people also used other substances like tobacco, alcohol, or different types of recreational drugs, things like processing speed and overall executive function were lower.

Here’s where things get really interesting. Some memories can be damaging to your overall health, and your body seems to know that. Compounds like anandamide, our body’s natural THC, actually help you forget things that aren’t beneficial for you to know. Turns out, patients who suffer from Post Traumatic Stress Disorder (PTSD) have lower levels of these endocannabinoids in their brains. This hints at a possible reason why those with PTSD are so haunted by flashbacks, memories, and nightmares of past events.

There’s not a single pharmacological treatment out there that has been developed specifically for PTSD. That’s a problem. There’s a consensus among clinicians that existing pharmaceutical treatments such as antidepressant simple do not work. In fact, we know very well that people with PTSD who use marijuana — a potent cannabinoid — often experience more relief from their symptoms than they do from antidepressants and other psychiatric medications. Clearly, there’s a very urgent need to develop novel evidence-based treatments for PTSD.

Ultimately, marijuana’s effect on memory is quite complicated and medical professionals are still working to figure out just how this herb impacts our cognitive functioning. Fortunately, the cannabis plant’s ability to soften negative memories gives a lot of hope to those who are still plagued by traumatic events. Research on cannabinoids and memory-related diseases like Alzheimer’s is also quite promising. Only more time and clinical trials will shed light on just how cannabis impacts our memory as we age.

Do you feel like marijuana has had an impact on your memory? How? Share your story with us on social media or in the comments section below. We’d love to hear from you!

Get 20% off premium weed and discover the latest products, news, and deals in cannabis.
February 20, 2016 — Last Updated
Written by Anna Wilcox