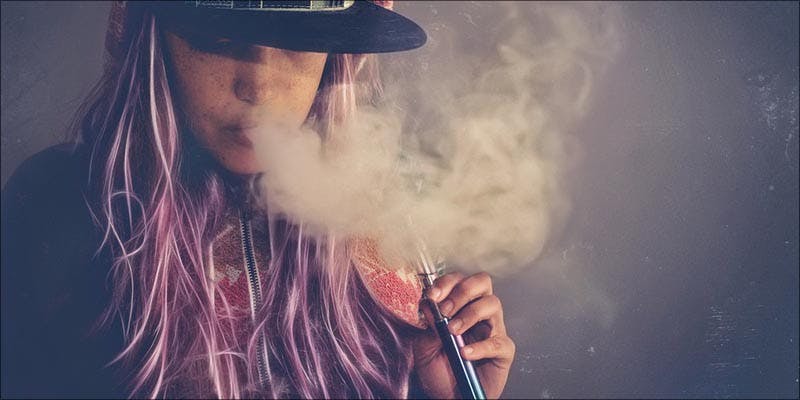 Does vaping still impact those around you? Let’s set everyone straight – it’s time for a cannabis Mythbusters: Is secondhand vapor harmful?

What we know about secondhand smoke

Everyone has seen the heartbreaking ad campaigns featuring children, their lungs, and the devastating impact of secondhand smoke. These images have been ingrained in our society, leading to numerous smoking laws, age restrictions, public smoking bans, and increased tax rates on tobacco products.

So, we know all of those things, because it’s been put into laws, right? Despite popular cultural belief, a recent study published in the Journal of the National Cancer Institute says the complete opposite.

While there is a clear relationship between those who smoke and the occurrence of lung cancer, there is no evidence to suggest that secondhand smoke is linked to the disease. Crazy, right?

Obviously, breathing secondhand smoke is not a good thing, especially for babies, young children, and adolescents. We all know that smoking is bad for you – it’s not news, but looking at all sides of an issue is important. If you’re like me, the study above might have you asking “what now?”

It is commonplace for tobacco consumption (of any kind) to be tied with vaping. Only a few days ago, anti-vape legislation went into effect in NYC. Four pieces of the bill directly addressed vape businesses as well as users, despite that fact that the legislation was touted as an anti-tobacco campaign.

While the city’s health committee voted on the first round of the legislation, no secondhand health impacts were cited. It does seem as though health beliefs impacted the passage of this legislation.

There is no, repeat no, research to suggest that secondhand vapor is harmful. The closest we have to any research even examining the topic was conducted in 2014. Dr. Burstyn sought to examine the inhalation of vapor though occupational exposure standards. Ultimately, he concluded that there was very little risk to vapers.

If there is little risk of harm to vapers, we can assume those walking through a cloud of e-cig smoke, won’t experience any health issues. These conclusions suggest that secondhand vapor is most definitely not harmful.

Don’t go blowing smoke into the faces of strangers. Instead, help to educate others about secondhand smoke, and the unfair relationship with the concept of smoking in general.