Now Reading:learn | Nanoemulsion is the process that will make edibles hit you faster 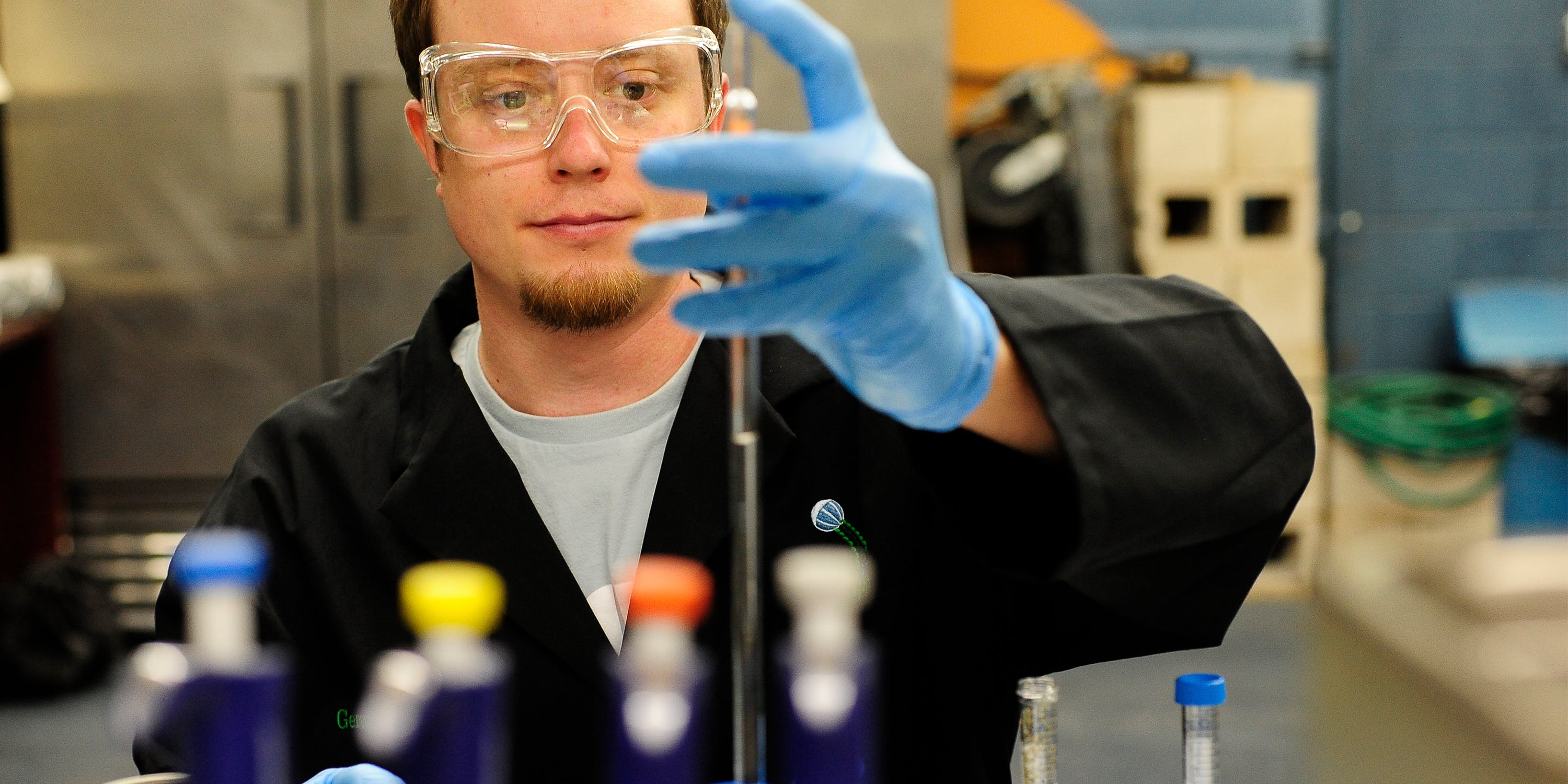 Nanoemulsion is the process that will make edibles hit you faster

No more waiting around for hours for the high to kick in.

The march of science can be a wonderful thing. Witness the emergence of nanoemulsion, a chemical process through which chemicals like THC are broken down to a microscopic level. These microscopic THC particles are then suspended in an emulsion which makes them appear to be water soluble. (THC is normally only fat-soluble, and doesn’t dissolve in water.) Your body quickly absorbs the apparently water-soluble cannabinoids directly into your bloodstream, bypassing the liver and quickly getting you very high.

The problem of THC’s non-solubility in water is thus neatly addressed. The pharmaceutical industry was already hip to this method. They’ve been using nanoemulsions for decades, to deliver various drugs quickly and effectively. The good news is, nanoemulsions can be used to amp up the effectiveness of cannabis edibles, whether it be cookies, brownies, or drinks.

“Nanoemulsions are more like injections, they come in quickly,” said Dr. Alexey Peshokovsky, a chemist who is also president of Industrial Sonomechanics, which sells machines that can make nanoemulsions, reports The Stranger. “After 15 minutes the onset of action kicks in, after 30 minutes it’s clearly in.”

Washington state’s legal cannabis market already has a handful of companies employing nanoemulsions in their recipes. Fairwinds Manufacturing markets a cannabis tincture that is a nanoemulsion. Discovery Garden has topicals containing them, and according to the company Tarukino, their products Pearl20 and Velvet Swing Weed Lube use nanoemulsions as well.

Nanoemulsion has made its mark in California, too. Sunderstorm Scientific’s Lucidity 3:1 nanoemulsion blends THC and CBD along with 5-HTP, a mood elevator. Its effects are felt within 5-10 minutes. Lucidity is a blend of three parts THC to one part CBD.

The nano-cannabinoids provide 80 to 90 percent bioavailability. This means, according to Sunderstorm Scientific, that you’re getting four to six times more of the THC and CBD into your bloodstream that with normal tinctures or edibles.

Oral administration of cannabis — that is, eating the stuff, usually through consuming edibles — is one of the most convenient routes for many people. This is especially true of those who don’t want to smoke or vape. But there are difficulties and complications.

One major difficulty, of course, is the non-solubility of cannabinoids in water. When cannabinoids are consumed via edibles, they act through gastrointestinal absorption. This means effects are delayed for at least 30-45 minutes, and sometimes two or more hours.

For the same reason, formulating cannabis-infused beverages has been challenging, because THC doesn’t dissolve in water. That severely limits the deliverability of doses. Poor water solubility results in low bioavailability. Only a small fraction of cannabinoids in edibles is absorbed, requiring consumption of a lot more than would otherwise be necessary.

That’s why nanoemulsion is a big deal. It’s an effective solution for overcoming the challenges of delivering water-insoluble substances quickly and effectively.

Why nano-cannabinoids are so potent:

Cannabis nanoemulsions (nano-cannabinoids) provide very high bioavailability. If you’re guessing this means you also get very high, you are correct. Cannabinoids can be absorbed by the body through nanoemulsion, either orally or through the skin as a topical treatment, rapidly and completely. Since nano-cannabinoids are water-compatible, they can be easily mixed into beverages at any desired potency.

How do they do it? A process called high-shear cavitation produces “violently and asymmetrically imploding vacuum bubbles and causes micro-jets that break up cannabis extract droplets down to the nanometer scale.” Droplets of about 70 to 90 microns are apparently the perfect size. Another company, CAT Scientific, uses a similar process with a high-shear homogenizer employing a rotor.

Nanoemulsion is the future of edibles.

Thanks to the effectiveness of nanoemulsion in making cannabinoids effectively water-soluble, a bright future for potent edibles and other orally-administered cannabinoids such as tinctures and cannabis-infused drinks is assured. Three cheers for Science!