Now Reading:learn | Everything You Need To Know About Weed Condoms 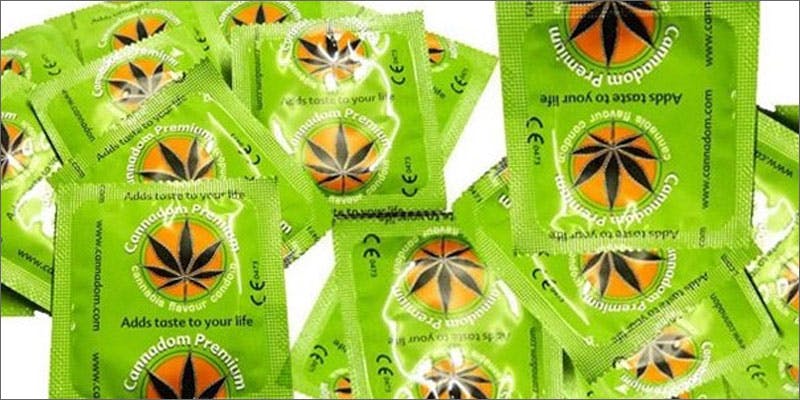 Everything You Need To Know About Weed Condoms

Here at Herb, we’re all about doing everything safely. So don’t forget to stay safe with cannabis-themed condoms!

It’s not far out for the marijuana industry to be spreading its market potential into the sex industry as well, given how closely related these two industries can be. It’s also nice to see that the marijuana industry is promoting a greater incentive for safe sex. It is probably a good move knowing how much stoners like to get busy with each other!

You guessed it. These condoms might come in more than one size but they only come in one color – green. So that means that the person wearing the cannabis condom is going to be wearing something a little bit like an alien costume. The company who created these impressive condoms have appropriately called them Cannadoms. They claim that their condoms taste like weed, although here’s hoping they taste more like one of the more palatable strains of marijuana.

They aren’t cheap, marketing at $54 US for a packet of 50 condoms. That’s a little bit more than $1 a condom, meaning it’s going to have to be someone special that you’re having safe canna-sex with. Unfortunately, these condoms will not get you or your genitals high. But fortunately for those who are looking to take the extra step, there are definitely other products on the market to satisfy those curiosities.

The truth is that cannabis could be changing sex entirely, especially the more so it becomes legal. Sexual intimacy is increased when the experience is coupled with marijuana, and the two industries are not slow to take advantage of that fact. For some, cannabis is making sex an entirely new experience. And for cannabis, the sex industry is giving it a platform through which to make more products to cater to more people.

Safety is the key

Have you tried cannabis themed condoms? Let us know your thoughts on our social media or in the comments section below.