Now Reading:culture | This Self-sufficient Island In Scotland Is For Sale And It’s a Marijuana Grower’s Paradise 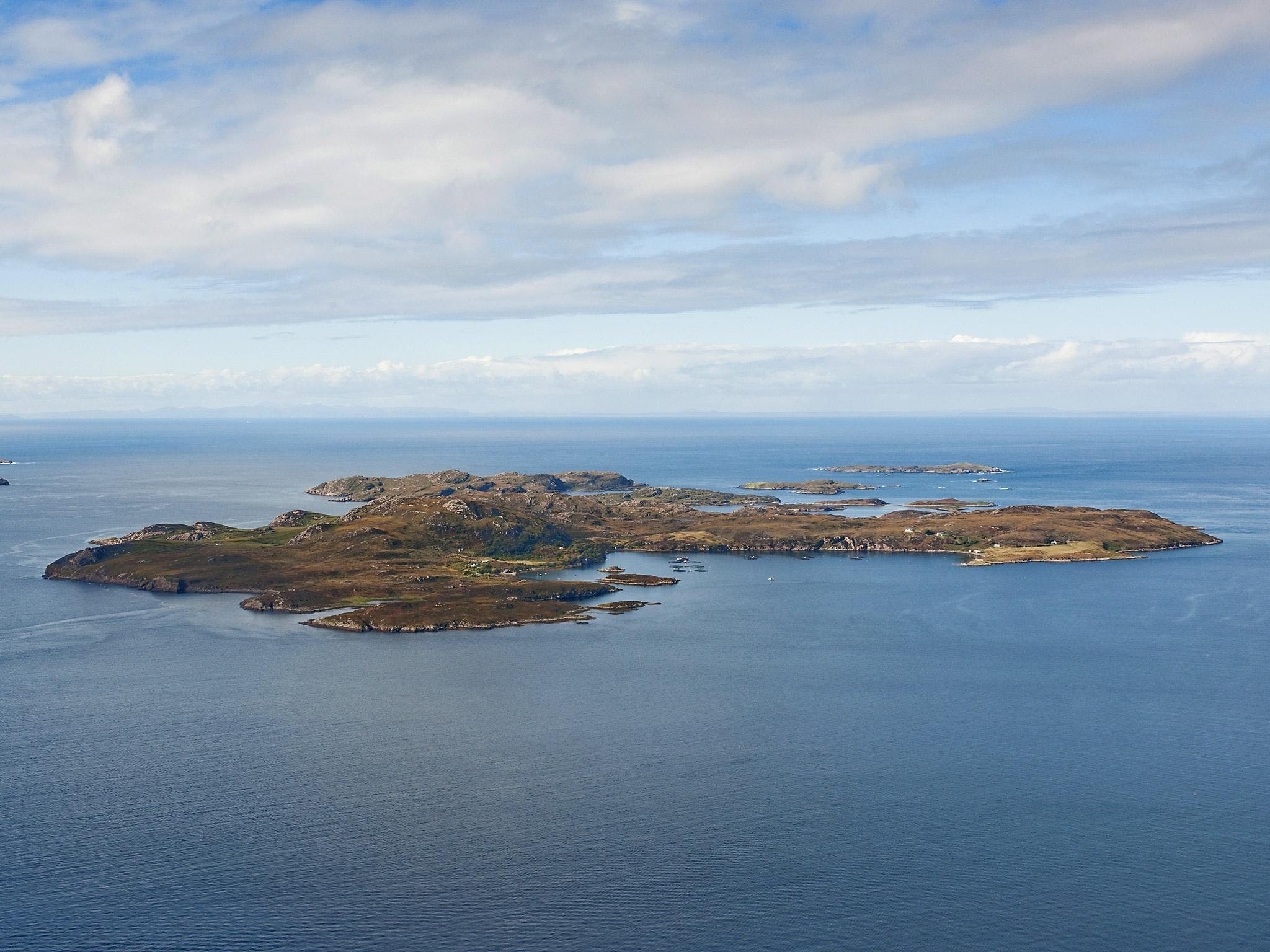 Off the windswept shores of Scotland’s north-west coast, a weed-growers paradise wades in the cobalt sea.

Off the windswept shores of Scotland’s north-west coast, a marijuana grower’s paradise wades in the cobalt sea. Tanera Mor, a 760 acre, self-sufficient island situated in the Summer Isles archipelago, is officially for sale.

While not advertised as such (cannabis is still illegal in Scotland), the island’s fertile land, seclusion, and self-sufficiency make it the perfect location for marijuana growers. The island even comes complete with a school, post office, nine cottages and a cafe. In other words, you’re not buying a home; you’re purchasing a small, hand-picked community of your choosing. (No narcs allowed).

Its isolation and self-sufficiency make it paradise for growers

If you’re a grower, one of the lands’ greatest assets is its self-sufficient energy system. Twenty-four-hour wind-generated electricity and broadband already power the island. The island also includes a freshwater treatment system. This means that all of one’s equipment—lights, fans, water systems—can be powered by self-generated energy, eliminating the need to connect to a private or government-run grid. For a marijuana grower in a legally unwelcome territory, the benefits of this are immediately obvious.

Aside from the practical advantages of this island, the beauty of the land should be thoroughly appreciated: the rugged green landscape, calm ocean bays, and old character homes nuzzled into the island’s coarse rock.

Best of all, the island’s charming aesthetic will only improve with age. Thanks to the island’s current owners, who spent 15 years laying some 164,000 seeds into the earth, trees will soon rise like pillars from the island’s grassy knolls.

The owners are selling entire island lots for the price of average suburban homes.

The first lot, for £700,000, comes with a post office, three houses, and a cafe. The second, for £430,000, includes two houses and the most expansive beach on the island. The third, for £820,000, comes with four houses and includes a number of smaller islands that branch off of the main plot of land.

The upfront cost of these plots will be a lot for some to afford, but it’s worth restating that all of these lots come with at least two houses, on top of other buildings and amenities. The prices are reasonable considering that average homes in the suburbs outside of major cities are currently going for the same price as the island’s most expensive lot.

After cannabis legalization, this island could become a cannabis-tourism goldmine.

Cannabis is one of the fastest growing industries in the world. From dispensaries to Bud-and-Breakfasts, the possibilities for the owner of a stunning Scottish island of character-houses to make a profit in the cannabis industry are endless.

The availability of multiple buildings per lot means that buyers can easily use one home as a living space, while others are converted into revenue-generating projects. The island’s independent, renewable energy sources also allow buyers to reduce running costs drastically.

Alternatively, the island doesn’t need to be used for tourism or business purposes. The advantage of owning an island is that you’re surrounded by a natural moat—you’re practically your own country. So who cares if Scotland legalizes weed? Imagine your private island where everything on the local cafe’s menu is “special.”