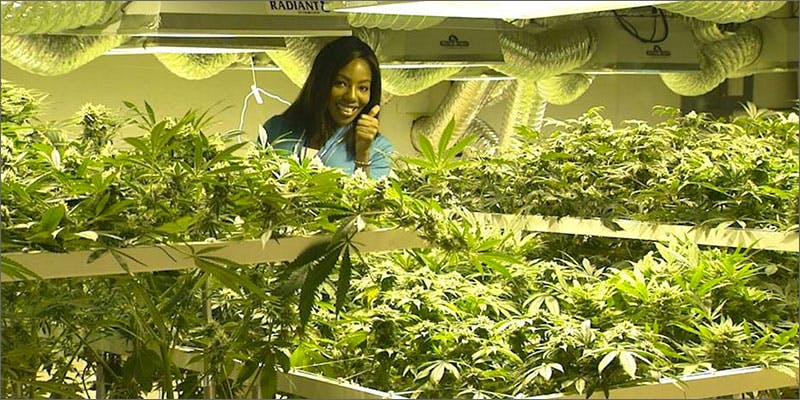 Back in 2014, former TV news anchor and cannabis activist, Charlo Greene, made a bold move when she quit live on air. Now she’s attempting to make a comeback calling herself the Oprah Winfrey of weed.

Back in 2014, former TV news anchor of Anchorage’s KTVA and cannabis activist, Charlo Greene, made a bold move when she walked off the set saying, “F*ck it, I quit.” Now she’s attempting to make a comeback calling herself the Oprah Winfrey of weed.

Since her on-air resignation to become an activist and entrepreneur in the cannabis industry, Greene has made plans to start her own TV show called “The Charlo Greene Show.” Here’s what it’s all about.

Greene has decided to make a television comeback with her new TV show, “The Charlo Greene Show,” describing it on her Kickstarter page as the “Oprah Winfrey Show for Weed.”

Originally, Greene intended for the show to be a weekly online series but has said to have been approached by many companies urging her to make it into a TV show. The show is said to be covering a wide range of topics within the cannabis industry, which aims to get rid of the stigma associated with marijuana.

Greene also mentioned that she feels it’s important to educate her viewers on the cannabis industry. That doesn’t sound so bad, does it?

On her kickstarter page, Greene wrote that she is the “legacy of Oprah.”

She added, “That’s the aspiration, showing the world what the cannabis community, the cannabis industry and cannabis plant itself are really about with grace, depth and heart. Through stories from your family, neighbors and co-workers, gathered from around the globe, that are living examples of the good that can happen, be it physically, financially, mentally, socially, when you’ve been touched by cannabis.”

“We’re literally going to take you on the revolutionary road with us. It’s the marijuana revolution and it’s about so much more than smoking weed.”

She does have a point there. Things are changing, and the cannabis industry is indeed becoming an industry that has a lot more to it than just getting high.

To Greene’s disadvantage, another airport worker who overheard this immediately began to search her bags. After quite some time of searching her bags, as well as going so far as to search her dog, a sock with faint weed residue was found in one of her bags.

Without hesitation, Greene was arrested for suspicion of smuggling drugs across the border. After being confined in a room in the airport for quite some time, Greene was asked to withdraw her application to enter Canada and was sent back to the United States.

This is a bit surprising for a country that is so lax when it comes to marijuana, but apparently this time they weren’t messing around. Perhaps the security worker was just having a bad day… Whatever the case, it doesn’t seem like Greene will be returning to Canada to advocate for her cause anytime soon.

Do you think Charlo Greene can now make it as the “Oprah Winfrey of Weed?” Let us know on social media or in the comments below.