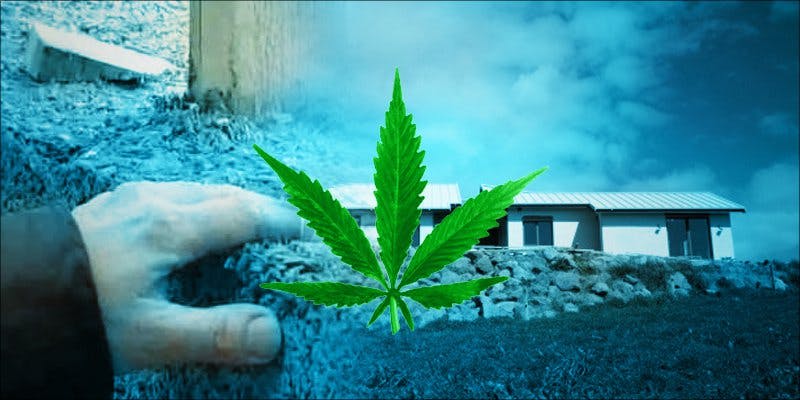 By using some innovative building blocks, this couple was able to create a unique and environmentally friendly hemp house to call home.

A New Zealand couple are featured on the latest episode of Grand Designs NZ for their innovative, and expensive, building plans. Greg Whitham and Gayle Avery wanted an alternative house to fit their alternative lifestyle. While the idea of making everything green and eco-friendly struck them as genius, they took the green idea to a whole new level. Not only is the house outfitted to block radio waves and harmful radiation, key compounds are formed used hemp.

At the beginning of the show, architect and host Chris Moller is standing in a giant field of cannabis. While it might excite all of us to be in such a glorious atmosphere, these plants are actually being bundled to be sold to a couple who plan to build their home using the strong hemp plants as building blocks.

The 500 bundles were destined for Taranaki, where Greg Whitham and Gayle Avery awaited their arrival. The couple planned to build a sustainable, green energy home, using hemp to form their foundation.

Hempcrete was formed my mixing the finely ground plants with lime and water. While it sounds like a great idea, builders ran into issues because the mixture was too soft and left walls slouched.

The couple had allotted for a $1 million budget, but builders refuse to give the couple any estimates because of the extremely experimental, and expensive, materials being used. Hemp wasn’t the only new product the couple hoped to incorporate into their home.

After running into issues with the hempcrete, builders feared the home would never come in under budget due to sheer labor costs alone.

However, the couple decided to make cutbacks in other areas to help make up the difference.

Rather than protect their whole home from presumed harmful radiation, from things like WiFi and their own electrical circuits, the couple decided to shield only the bedrooms, thinking that would help to cut costs, but still leave them protected in the most important areas.

The massive 320 square meter home has also been covered in a graphite mesh. This mesh is embedded into the hempcrete and forms a protective barrier from radiation.

While this might seem crazy and a waste of money to most of us, many are swearing by the health benefits of home improvements like these. The home’s windows are also covered in a protective film that cost over $9,000.

When you consider that some Americans spend more than that on a purse or a pair of shoes, the numbers don’t really seem so outrageous.

In the end, the couple was left with a beautiful home, albeit, not the home they had set out to construct. While they had hoped to create a French Farmhouse feel, the home ended up being much more modern and sophisticated.

They’re okay with the turnout and say the truly remarkable features are the ones that can’t be seen with the naked eye. The hempcrete may have caused some hassle along the way, but the structure of the home looks remarkable and unique, thanks to this innovative building tool.