Nonna Marijuana teaches you how to make cannabis-infused “Egg Nug”

Nonna Marijuana walks us through a drink that’ll warm you up and roast you. 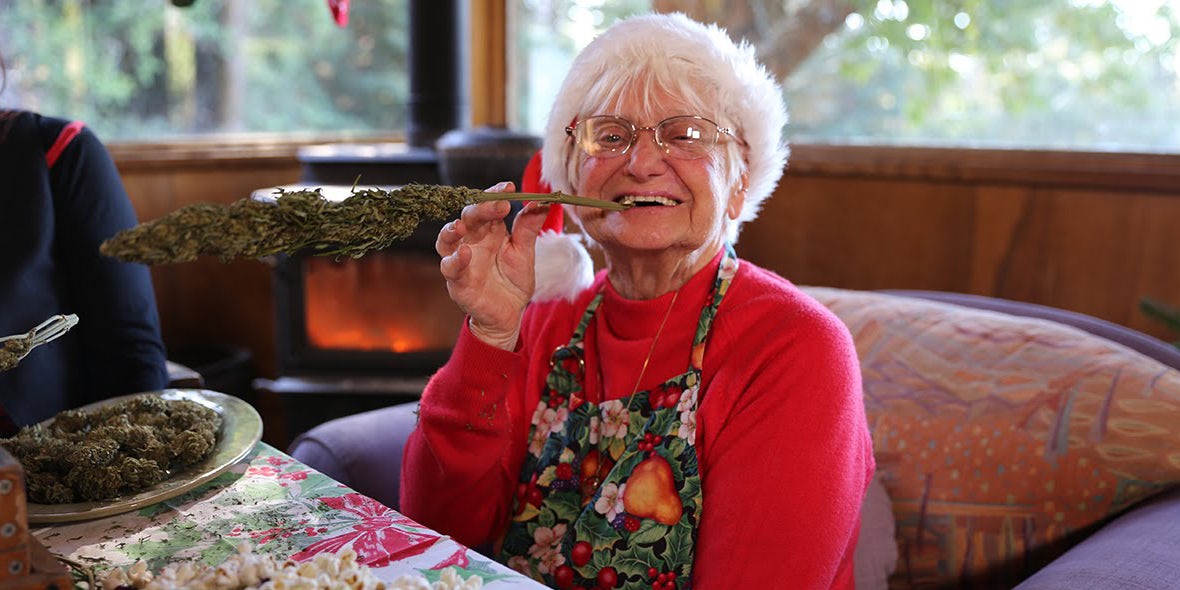 Folks, it’s the holidays, and when you aren’t waiting for a big special cookie hungry stranger to drop down the chimney, you might seek other ways to get good and seasoned. If you feel like doing more than roasting by the open fire, a new episode of Vice’s Bong Appétit has a pretty solid suggestion.

“Yes, it’s a special type of eggnog that has been… treated,” responds Nonna. “And that’s all I’m gonna tell ya. We’ll surprise you.”

Blending together some honey, cream, nutmeg, cinnamon, bourbon and, of course, some fresh kief, Nonna Marijuana, decked out in her Saint Nick cap, walks us through a drink that’ll warm you up and roast you. Personally, I’m having a conundrum over this concept. On one hand, regular eggnog is disgusting. The only time I desire eggnog is when I’m high, at which point my mouth becomes a tunnel for a train made of cherry nibs.

Maybe I need to keep an open mind. If that’s my situation, perhaps a weed-infused ‘egg nug’ would be like killing two birds with one stone. Fail that, Nonna Marijuana also makes some Christmas weed cookies. Nonna is joined by her daughter Valerie, who runs WAMM, The Wo/Men’s Alliance for Medical Marijuana. An organization that helps the underprivileged get access to medical cannabis. They’re also visited by Santa, who runs a workshop in the North Pole that delivers presents to all the good children of the world.

“I’m very glad that the world has a weed grandma that helps as many people as she can,” says Saeed “And more importantly than that just spread the kind of kindness that cannabis exudes.”

“You’ve got a grandmother fetish huh?” responds the 94-year-old.

Get 20% off premium weed and discover the latest products, news, and deals in cannabis.
December 15, 2017 — Last Updated
Written by Zack Kotzer